Comprehensive Solutions for Urban Transport: the Future of Mobili... 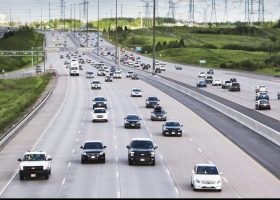 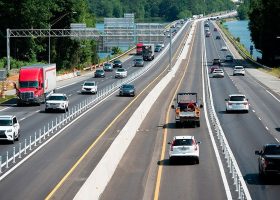 This entry shows how Managed Lanes combined with road tolls, on-street parking and mass transit can be combined into an effective solution for optimising the two main scarce resources in the modern city: travel time and physical space. 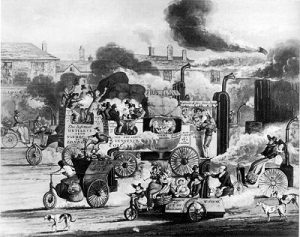 In the United States, as cities expanded and became more chaotic, the more affluent gradually moved to the suburbs. With the widespread availability of automobiles, the middle class joined this trend, and owning a house with a garden became the realisation of the American dream.These suburbs needed a connection to downtown since economic activity did not shift to the suburbs.

This trend turned into a mass phenomenon after WWII, and was consolidated by the Baby Boomers. The process was exacerbated by the almost total lack of urban and suburban planning in the US, the surplus of land close to the cities, and the government’s investment in toll-free roads, which subsidised suburban sprawl. These factors distorted the cost of commuting in from the suburbs (i.e. taxes did not give users any signal of the cost of using roads that had been built with government funds). These factors shaped American cities and it would now be difficult, if not impossible, to reverse the process.

The accelerated process of urbanisation (migration from the country to the city) and subsequent suburbanisation (migration from the city centre to outlying suburbs) is now irreversible, posing an intractable dilemma.City growth has so constrained the space available for building roads and accesses that some cities have run out of space and the only solution is to limit access by vehicles, upgrade corridors (i.e. tunnels, skyways, etc.) to increase their carrying capacity, or change users’ habits by forcing them to abandon their cars and use public transport.

A paradox of this process is that the affluent took the lead both in the flight to the suburbs and the current process of recentralisation and gentrification of the old downtown areas. The current rising demand for housing in city centres is due not to the desire to flee the chaos of the city but, rather, to the desire to avoid a lengthy commute. 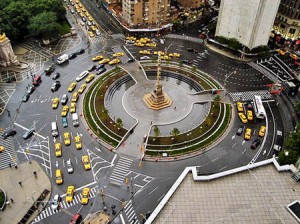 What is the best solution to this dilemma from the standpoint of optimising the scarce resources mentioned above? What should the State do to attain an optimal situation in the long term?

The solution proposed for discussion here is a combination of pricing policies to rationalise existing assets in order that users internalise the costs of using the various means of transport.Cities, which are congested by definition, have no spare space. If one means of transport is underused and another is always full, that means that there is a price distortion between them which is giving users the wrong signal about optimising behaviour in their environment.

For example, if the cost of parking on the street is artificially low and there is no time restriction, the parking spaces will be occupied by people whose time is cheap, since they will arrive early and leave the car parked all day.By not pricing on-street parking appropriately, a segment of the population will fail to grasp the true cost of commuting by car; this increases the demand for off-street and on-street parking and the total number of cars circulating in the city.

We can compare a city with a large football stadium: both have a fixed physical capacity (for vehicles or spectators) and their accesses can accommodate only a limited volume of inflow/outflow. It’s not hard to imagine what would happen if there were no entry fee or control of seat numbers for a Champions League match at the Santiago Bernabéu stadium in Madrid.

Cities should define a maximum number of vehicles for a defined urban perimeter; a good way to do this is via congestion charges, as implemented in London. Congestion pricing is a mechanism for limiting the total number of vehicles in circulation within the defined perimeter while guaranteeing minimum travel times (i.e. providing certainty about commute times). By imposing a price, we force the user to grasp the cost of bringing a vehicle into the city; in that way, users can perform a cost-benefit analysis and make a decision based on the value of their time. The cost of a user’s time is not a fixed or invariable; rather, it is a function of the day and time and a large range of other factors.

In addition to road pricing, an efficient city should establish transport corridors that never become congested. The only solution to this is to implement Managed Lanes, since they are the only approach that can provide users with a guarantee of travel times, now and in 50 year’s time on any day.

To conclude, combining road pricing, on-street parking and managed lanes in highly congested cities will necessarily increase the demand for public transport in the medium and long term, since users will comprehend the true cost of commuting in private cars and rationalise their transport decisions.