It’s a basic law in business that every investment requires a return. And social action is no exception. Merely financing social action projects is no longer a distinguishing feature for companies, nor does it provide added value to a company’s position in terms of Corporate Responsibility. It’s no longer laudable; it’s expected, almost required by third parties. 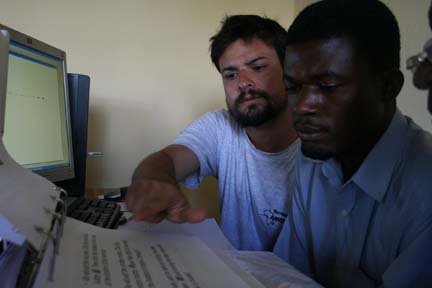 Measuring the return on this type of project has been the subject of theories, books, treatises and conferences, and, as has become common in the world of Corporate Responsibility, it has created lines of thought, with their corresponding supporters and detractors. But sometimes measuring the return does not require mathematical formulas.

At first glance, the Maji Ni Uhai (Water is life) project of Ferrovial, an international initiative that provides access to drinking water to more than 50,000 people in Tanzania, looks just like any other project. That’s because its unique feature is not that it contributes to benefiting communities; the real difference lies in its benefit to the company.

For a private company to stop acting as a donor and become an actor requires giving up certain conveniences. It means taking on responsibilities which include not only financing (which it already does), but also planning, managing and executing with volunteer employees on the ground. It means learning about the progress of a project not just from reports and photos. It means fixing things and making decisions on the spot. It means putting business capabilities at the service of a project. In short, it means getting involved.

So then, what does it contribute to the company? That’s easy. It shows that “giving back to the community” is not just about money. The true return on an investment is having your employees feel satisfaction for their achievements. It’s about creating a sense of belonging to a cause, a project and a company. That’s something money can’t buy.