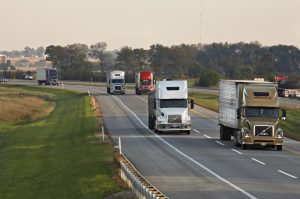 Solutions backed by a long tradition are not necessarily the most efficient ones. Some ideas are applied systematically because that is the way things have always been done. However, science and technology are advancing steadily, and local experience is not always the most appropriate guide.

When the Indiana Toll Road (ITR) was privatized in 2006, we found we had assets that were over 60 years old that we had to upgrade and maintain, on a cost-effective basis, in order to maintain their functionality and make them attractive to users.

The technical requirements regarding the pavement were clear, but there were very different ways of complying with them. The pavement solution adopted when the Indiana Toll Road was built differs notably from current practice. It is a rigid, partly reinforced pavement including joints and dowels, with slabs that greatly exceed the current norm: construction joints every 60 feet (18 meters), contrasting with the current standard of every 4-5 meters.

Despite the light reinforcement, it is impossible to control horizontal fissures in the slabs, which have opened up about every 5-6 meters.

Since the road fissuring, wearing course and surface regularity are established in the contract (via the PCR parameter), the traditional approach on the ITR was a process called wedge and level

Our first question was whether we could focus efforts on the road sections that offered the lowest PCR levels while simultaneously seeking to improve fissuring performance, which is the factor that most directly affects driver comfort. Because of the reinforcement, we ruled out the macrofragmentation approach that had been tried (unsuccessfully) on the neighboring Illinois Tollway. We also sought new mixes that would halt fissure propagation and limit deterioration of fissure edges. 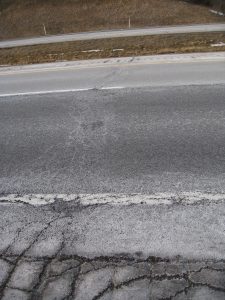 Based on those conditions, our pavement expert, Raúl Albelda, in consultation with prestigious experts, suggested we use stone mastic asphalt (SMA) instead of the classic hot mix asphalt (HMA). Although the initial results were not very notable (there was no delay in fissuring, which began to appear within a year), but the fissures did not lead to an appreciable loss of aggregate; consequently, the fissures were less perceptible to users and the solution was somewhat more effective as a result.

Since the fissures were observable rapidly in the wearing course, we considered whether it was necessary to maintain the traditional thickness of 1.50″ or how thinner applications would perform. A thickness of 1.25″ was tested; although the cost saving was notable, cracking was accelerated and it proved necessary to return to the original thickness.

However, there is always scope for improvement and we continue to work in this line. As part of the annual W&L process, Cintra’s engineers developed a series of trials involving a number of solutions for joints, which will then be monitored over their useful lives.

Below I describe the various options we are going to test. The trial will be conducted on a stretch near MP 78, and it will involve seven different options in the first phase. 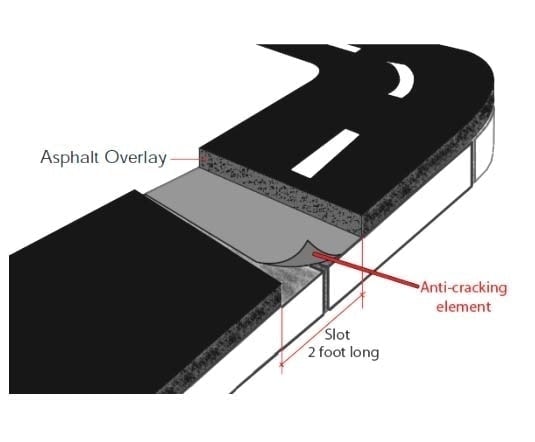