The current economic situation has brought changes that force us to anticipate events—to be proactive. We must seek improvement through innovation. Our goal is to offer a service oriented to the needs of passengers, airlines, the local community and regulators. One example is Heathrow, which spearheads our business and is one of the world’s leading airports.

Its strategic importance is self-evident. Heathrow is the largest airport in the world in terms of passengers numbers: 71.9 million per year. Last year, Heathrow was the base for flights to over 180 destinations in close to 90 countries, with 206 airlines operating out of its infrastructure. Its importance for, and influence on, the local community and Great Britain as a whole are beyond dispute.

For that reason, we want to expand Heathrow. This should be a shared goal, putting an end to the debate that has existed for the last forty years. This is the fastest and most effective option for passengers and the country’s economy, and it would support our focus on Heathrow, in which £11 billion have been invested since 2003 to improve infrastructures.

A third runway in Heathrow represents a huge opportunity for improvement. It would entail investing in growth, giving the hub more capacity for the coming years, protecting 114,000 local jobs, and creating between 70,000 and 150,000 new jobs. It would also reassert Great Britain’s presence in the world in the face of emerging markets such as Brazil, India and China.

We propose that the country have a single hub airport. One hub large enough to attract a critical mass of passengers and to offer a wide range of international direct flights.

We are currently working on three options to expand Heathrow by adding a third runway. In all cases, we have assessed the best options for passengers and the local economy. Any of the three options could be developed within next 12-16 years, whereas building a new airport would take at least two decades.

Cost is also a vital factor. Any of the three options we are considering for Heathrow would cost 14-18 billion pounds, whereas building a new airport would cost up to £70-80 billion. Moreover, our three proposals envisage the possibility of a fourth runway in the future.

We have also considered the surrounding area by reducing the environmental and noise footprint. For this reason, two of the options are located further west than initially planned so as to mitigate the noise impact, and all three include a plan for an additional runway that includes respite periods for all the communities under the flight paths.

The three options we have presented for Heathrow Airport are as follows: 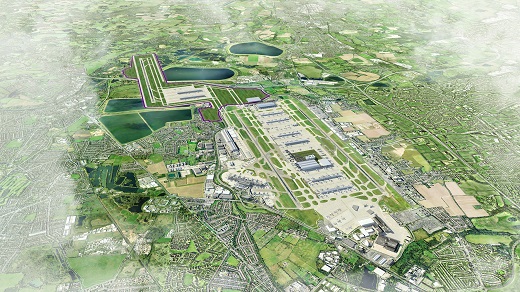 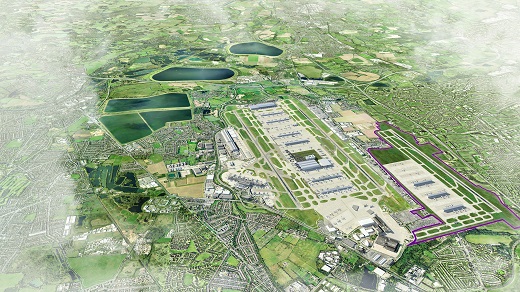