Expanding and upgrading a toll road without interrupting traffic flow (I)

Expanding and upgrading a highway while keeping it open to traffic is a highly complex challenge, especially when the road is used by over 270,000 vehicles every day. The projects that Ferrovial has under way in Texas, namely the LBJ Express and the North Tarrant Express (NTE), will substantially improve mobility for millions of citizens.

Both project teams are currently working to minimise the impact and keep drivers and businesses informed about project status. The Dallas-Fort Worth metropolitan area is home to one-fourth of the population of Texas. It is the state’s largest region, the fourth most populous conurbation in the US (after New York, Los Angeles and Chicago); it ranks sixth among developed economic areas in the US and tenth in the world.

More than 10,000 companies have their headquarters in the area, among them world-renowned names such as Exxon Mobil, Texas Instruments, American Airlines and AMR Corporation. The North Tarrant Express and LBJ Express, which connect several municipalities in this metropolitan area, are used by almost half a million drivers on a daily basis.

Cintra is leading the consortia that will double the roads’ capacity, while increasing safety and reliability. As designated contractors, Ferrovial Agroman US and Webber will complete construction of the managed lanes (barrier-free electronic tolled lanes with dynamic pricing) and the reconstruction of more than 48 kilometres of highway, which will be up to 28 lanes wide in some sections.

The LBJ project is a major feat of engineering. Maintaining the traffic flow while the road is being completely upgraded, which includes resolving more than 700 incidents in connection with affected utilities, requires considerable organization on the part of highly professional teams. The LBJ has almost 20 kilometres of 5-lane toll road in each direction, plus two-lane frontage roads on either side. 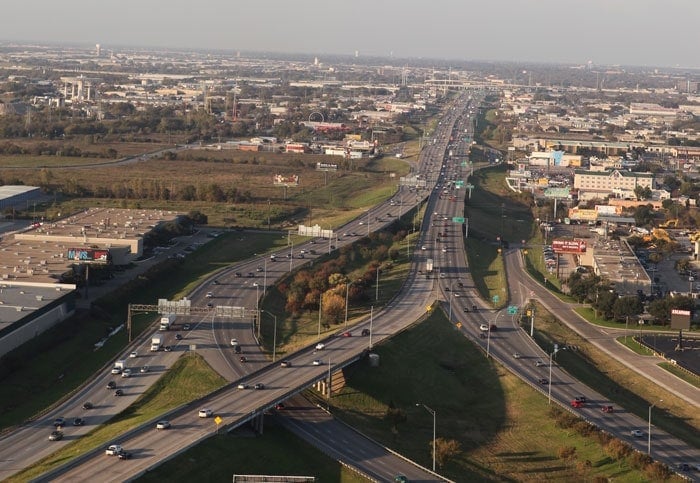 It also has 22 grade-separated junctions with their respective on- and off-ramps, and three major intersections, allowing traffic to flow in all directions without traffic lights. Moreover, the road runs through the city, with the result that the access lanes connect with private property, including large corporations, shopping malls and private homes.

There have been many traffic detours, and traffic management during construction is crucial success factor. It’s extremely important to manage expectations on the part of local residents and road users while also ensuring road safety for traffic and pedestrians. 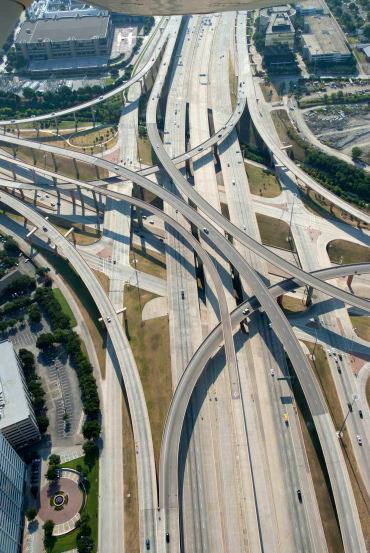 Right from the start, the involvement of drivers and stakeholders was a primary concern for the LBJ Express team. The team carefully plans meetings with the Administration, city governments and emergency services; presentations are given to civic and business associations and stakeholders; articles are written for the media; the website is updated constantly with details about the project, and up-to-date information is sent to more than 10,000 subscribers via social media, email and SMS.

Another initiative launched as part of the project was the LBJ Express Marketplace, which promotes the businesses located in the area affected by construction. PR Daily, a leading US publication in the field of public relations, gave the project the “Best Stakeholder Engagement” award, ahead of Walmart.

To improve coordination and assistance in the event of an emergency, all of the entrances and exits to the construction zones have been numbered. To build the central managed lanes, which are at a lower grade than the free lanes, a work plan had to be drafted to enable traffic to circulate along the outer lanes while maintaining an acceptable level of service.

After numerous intermediate detours to allow for the construction of the outer lanes, the outer platform was 80% complete in the third quarter of 2013, enabling excavation of the central area to commence. More than 250 trucks are working 18 hours a day to move a total of 3.5 million cubic metres of earth. Truck entrance and egress has been organised in such a way as to avoid the impact on traffic and to reduce noise and dust emissions to a minimum. Transport of much of the material required for construction is planned in detail to avoid occupying the little available lay-down space.

Most of the over 6.000 pre-cast beams were installed at night since this required the lanes to be occupied in some cases, which can only be done at times of low traffic. This process also requires perfect coordination with all stakeholders, which includes giving sufficient advance notice. 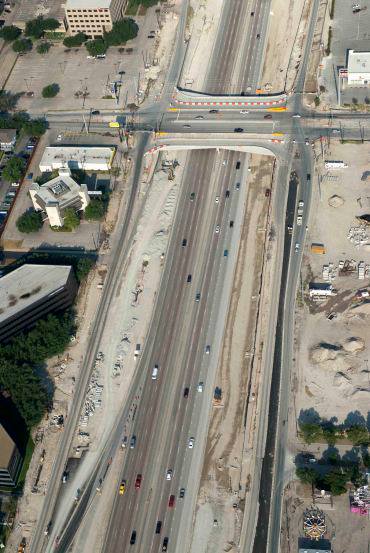 Traffic levels are slightly lower in summer due to school vacation. For that reason, and in cooperation with all stakeholders, in May 2013 the LBJ Express team decided to accelerate construction of the frontage roads, including some bridges spanning main thoroughfares in several areas of the project, in order to improve mobility in time for the next school year. As a result, these fully reconstructed lanes meeting newer, more modern standards opened to users in late 2013, two years ahead of schedule. The new, wider lanes with shoulders improve mobility for both the public and emergency services in the event of an accident.

All information in connection with the project is updated on the website on a daily basis. Any user who sends a query or asks for clarification receives a response within at most 72 hours. In short, a major feat of engineering underpinned by a commitment to providing top-flight services to users.