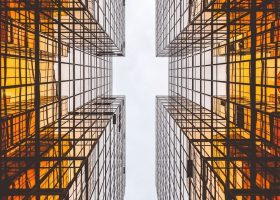 The environment, accessibility, building refurbishment and energy efficiency are not problems that can be addressed on an individual basis, exclusively by concerned citizens. It is essential to coordinate between public administrations, companies, NGOs, universities, schools and the media to raise awareness and involve society.

In view of speculative growth that creates bubbles of all kinds which always end up bursting (from dotcoms to real estate—I encourage you to check out the Twitter tag #mundozombi) and well-intentioned but naive theories of a downturn (at least in a country like Spain, with 25% unemployment), the alternative is balanced growth, i.e. sustainable development.

A project of this magnitude must start with a close-up look at the macroeconomic situation. Fundación Orange and Arvo Consultores recently published a report entitled Open Data in Spanish regions and their largest city governments in 2014, which analyzes open data from regional and local governments in Spain. It aims to evaluate how public administrations manage the mass quantities of information they accumulate, and determine how that data could be used by any social agent. To that end, the institutions are developing application programming interfaces (APIs) and specific consultation services. Two-thirds of Spain’s regions and one-half of its largest city governments already have Open Data Portals.

Although Open Data arose from demand for transparency in public accounts, it is indubitably a powerful tool for driving social change such as renewal, especially when the categories with the greatest amount of published data are Demographics, Urbanism and Infrastructure at regional governments, and Demographics and Transport at city governments. In Zaragoza, for example, since 2008 the city government has approved 3,600 subsidies for urban renewal, totalling 27.3 million euro, out of a total investment of 73.8 million euro which benefited 17,500 residents. The most recent project, in the Picarral neighbourhood, will reduce energy consumption by 60% and CO2 emissions by 70% in 16 homes, improving their energy certification from level E to B. Twenty jobs will also be created to execute this project.

However, proactive participation by people who use this data is still scarce. There are barely any requests for publication of new sets of data or proposals for new applications and other value-added services. In view of this, the more accessible and easy-to-manage this data is, the more possibilities social agents will have to use them and add value, regardless of whether or not the objective is commercial. The result is that value will be created.