In line with its open innovation strategy, Ferrovial continues to work with Massachusetts Institute of Technology (MIT) in research aimed at transforming cities and developing the infrastructure of the future.

This year we commenced four new projects in which MIT research groups are working in coordination with Ferrovial business teams.

In January, Ferrovial Servicios launched City Street Scanning, which scans streets to detect future needs, while Ferrovial Agroman commenced a project to predict seasonal earth movements associated with the expansion and contraction of expansive clay layers and their impact on road surface design.

In July, a project to enhance and improve the efficiency of municipal waste separation processes commenced at Ferrovial Servicios waste treatment plants.

In October, Cintra launched a project to optimise variable tolls in real time based on demand predictions and traffic conditions.

This year, Ferrovial Services launched a project that uses sensors and cameras located around the city and on fleet vehicles to automatically detect and assess the status of municipal infrastructure. Using a combination of GPS, sensors, video cameras and image processing, “City Street Scanning”, which is headed by Jorge Pérez and Professor Sanjay Sarma, will improve municipal maintenance and reduce costs.

Using video cameras and processing together with multispectral platforms, data is compiled on road status, street lighting conditions, road topology, defects in the road surface and other relevant data, as well as levels of pollution and noise. The data is digitized with CloudTHINK to make it easier to manage and enable it to be applied to municipal infrastructure.

The project is scheduled to conclude in December 2015.

Prediction of seasonal eath movements associated with expansion and contraction of expansive clay layers, and the impact on road surface design 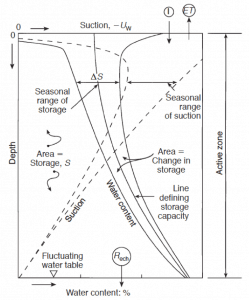 A team from Ferrovial Agroman’s R&D and Engineering departments, headed by Laura Tordera and Davor Simic in cooperation with MIT Professor Andrew Whittle began work this year on predicting seasonal earth movements and their impact on the service capacity of road surfaces.

This two-year project is based on the development, adjustment and validation of constitutive models of clay to represent the short- and long-term dependencies of the various forces that cause ground movements associated with soil expansion and contraction and their effects on road surface design.

Field tests will be carried out on a number of sections of SH130 in Texas, which was built by Ferrovial Agroman. 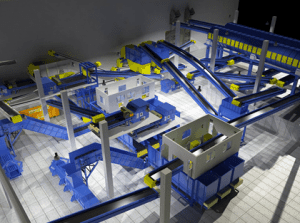 The objective of this research project is to improve the operation and design of mechanical plants for municipal waste separation in order to make this process more efficient. These plants receive and process municipal waste in order to recover materials that can be reused, either materially or for energy purposes.

Consequently, this Ferrovial Servicios project, headed by the Environment Centre of Competence and professors Timothy Gutowski andStephen Graves, was created to evaluate and optimize these facilities, from a technical and economic standpoint so as to improve their capital and operating costs and enhance the quality and amount of materials that are recovered while optimising resource use in operation.

The project is based on developing a mathematical simulation with which to analyse the plant based on an assessment of the various stages of the waste separation process and the costs and benefits associated with each one. From the initial analysis, the software makes it possible to optimise the installation operation and design.

The 18-month project commenced in July 2014 and is scheduled to conclude in December 2015.After the initial model is developed in a pilot plant, it will be rolled out to other plants with similar characteristics, which will enable it to be validated and generalised to apply to other types of mechanical waste treatment plants. 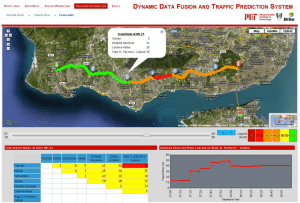 To relieve congestion on toll roads, Cintra is developing a system for setting variable congestion tolls in delimited areas (either city roads or specific lanes). The project consists of optimising tolls in real time as a function of demand and traffic conditions, making it possible to modify driver behaviour to distribute traffic throughout the day.

This initiative, headed by Ricardo Sánchez and Professor Moshe Ben-Akiva, is expected to last one year from October 2014.