ESPHERA project: Is it integrating renewable energies into the motorways feasible?

At a time when important strides are being made in the field of renewable energy, a research project, ESPHERA, has been carried out with the aim of evaluating the viability of integrating renewable energies into motorways. For example, for the toll system to be run on alternative and sustainable energy resources. The name of the ESPHERA project is an acronym founded on the letters, in Spanish, for “Study of Systems for Production and Harvesting Renewable Energies on the Motorway”.

To this end, the Centre for Intelligent Infrastructure Innovation (CI3) and the Department of Innovation and Processes at Ferrovial have hired CIRCE, the Research Centre belonging to Saragossa University to carry out the work, in association with Cintra and Aravía, which has the maintenance contract for a section of the A-2 motorway.

In charge of coordinating the project a member of the Ferrovial Innovation team, Andrés Santos, explains what the research consisted of, and whether, in the end, he feels it viable for motorways to one day use these energies.

Andrés Santos, explains what the research consisted of

When did you start to think about and plan this project?

At the end of September last year we started to put forward the project. Subsequently we launched a bid for tenders to select the technological provider with which we were going to carry out the study.

Where has the project been carried out, for how long and which energies and innovative systems have been researched?

The project is a theoretical study, in which we have had to call on the aid of our contractors to measure the electrical consumption of Intelligent Transport Systems (ITS) on motorways. With this data we formulated a theoretical model, which takes into account the different meteorological variables in order to be able to analyse the viability of installing energy systems on new projects.

As for the energies studied, an analysis was carried out of the most advanced forms of conventional renewable energies, such as solar, wind, geothermal and so on, as well as new forms of energy sourcing and harvesting.

Of the technologies analysed, we selected, among others, the VORTEX system, SRECC, i-Bump, “Powerball”, thermal road surfacing on motorways.

The project ran for 7 months. 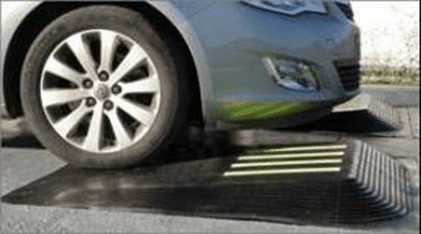 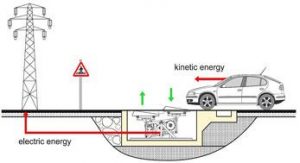 What makes one kind of energy more appropriate than another?

These days the most crucial factors when choosing a type of energy are: economics, efficiency, sustainability and environmental impact.

Other factors are also taken into account, such as for instance the emissions generated (where there are any) ease of installation, necessary resources for it to work, or the length of time the technology has been on the market, given that in the case of it being new, you lack the necessary criteria with which to make a decision.

Why has VORTEX aroused so much expectation during research?

Its simplicity of installation and its reduced level of maintenance caught our eye. From the outset we saw it as an extremely innovative system, which could be of great use for supplying the range of equipment currently in existence on the motorway, such as surveillance cameras, gauges for counting vehicles, weather stations, etc. This system is based on a post which oscillates with the wind and generates electricity thanks to a set of magnets.

Currently Vortex is improving its design in order to attain greater efficiency and, at the end of 2015, we expect to launch the first device. In this way it will be possible to undertake a pilot study on one of our motorways, with which to analyse results and reach conclusions. 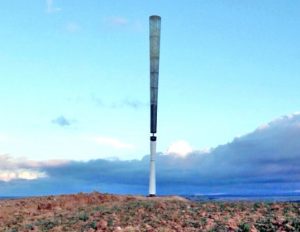 Can you explain what energy harvesting is and how it has helped in the study?

Energy harvesting is fundamentally a way of collecting the residual energy present in the environment in order to produce electrical energy which will subsequently be stored and used for supplying low-consumption systems.

The value of this technology lies precisely in its ability to take advantage of the resources coming from vibrations, temperature gradients, electromagnetic radiation, illumination and so on, so that the systems it supplies have practically unlimited autonomy. That is, as long as they can continue to harvest energy from their surroundings without needing to be connected to the electricity network or use batteries.

Having studied energy harvesting helped us to form a vision of the numerous energy supplies at our disposal, and of from which ones energy can be extracted. Evidently the way this is done is not a trivial matter, and requires a great deal of research and development. We have also found it useful for applying this technology to other projects which are being carried out at CI3.

Which of the results obtained have surprised you the most? Is this shift towards renewable energies going to be possible? And, if so, when will we be able to see it?

The most surprising thing was seeing how the hybridisation of different types of renewable energy is more efficient that the installation of just one.

The most likely thing is that in the mid-term renewable energies will develop and expand in a substantial manner, and they will be more of a part of our everyday lives. Their introduction faces the obstacle posed by the limitations of the legislation currently in force. We hope that the regulations will be modified in order to facilitate the introduction of renewable energies.