A historic summer for passenger numbers in our airports 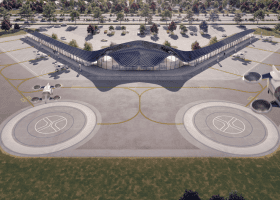 Summer is a time when many of us use an airport, whether to go on vacation, visit family and friends, discover new places, or to simply disconnect from our usual environment. For our airports – Heathrow, Glasgow, Aberdeen and Southampton– over 25 million passengers flew to and from their terminals to enjoy those special moments between the months of June and August.

Given such forecasts, Heathrow took advantage of this to launch an initiative during August to support research on prostate cancer –the second most common amongst men. The airport community, comprising over 85,000 people, along with our passengers donated funds to the Royal Free London NHS Foundation Trust (RFL). Heathrow achieved all-time record passenger numbers between July and August. In August in particular the airport served more than 7.33 million passengers, 4% more than in the same period during 2014.

Glasgow Airport also broke records after being named the third fastest growing European airport in its category during the first half of the year, according to a ranking by ACI Europe. Glasgow experienced a 13.8% growth in passenger numbers over the previous year. In addition, this summer was its best in terms of traffic in the last five years, with nearly three million passengers between June and August.

There is good news for Southampton too, which could become one of the airports that will soon expand its regional routes. This is due to an initiative by the UK Department for Transport, aiming to support people and businesses near airports below the 5-million passenger mark.

We want to congratulate all team members at the airports in our portfolio for these strong results. Our goal is to win the trust of passengers to turn each of our airports into their preferred choice for travel.