Heathrow closer to becoming one of the world's most sustainable airports

Heathrow, the biggest airport in our portfolio, has one great aspiration; within five years it hopes to be considered by passengersnot just one of the world’s major airports, but also one of the most responsible.

Globalisation and the rise of emerging economies have encouraged exponential growth levels in the air transport sector. In fact, Boeing forecasts that passenger numbers will grow at an annual rate of 4.94% over the next 20 years, but that growth will not necessarily mean an increased environmental impact. Heathrow is working across all areas of its activities to reduce its impact, and has put forward ambitious strategic plan, Responsible Heathrow 2020, which aims to bring about reductions of 34% in emissions generated by the airport by 2020.

This plan translates into the launching of numerous initiatives, among which it is worth noting: the airport’s plan to promote the use of public transport and the shared use of vehicles on the part of its employees; the creation of the Heathrow Sustainability Partnership, a group of companies associated with airport activities that are working together towards a cleaner and more sustainable Heathrow; and amongst others, the programme to reduce environmental pollution during planes’ runway taxiing, take-off and landing, which has successfully reduced emissions by 16% over the past five years. 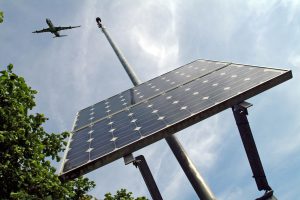 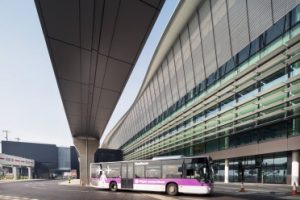 Thanks to these and other initiatives have deservedly given Heathrow some of the most important marks of recognition in the sector, such as the ACI Eco-Innovation Award, the CR Index 2015 – scoring 4 out of 5 – and the Biodiversity Benchmark Award. Furthermore, it has earned the “Energy Management” title at Edie’s Sustainability Leaders Awards 2015 and the prestigious UK publication Green Fleet Magazine awarded its airside fleet as the best of the year in 2015 for medium and big companies.

However, far from being content with what the airport has achieved so far, Heathrow aspires to reaching new milestones which position it as the best option for the expansion of the UK’s air travel capacity. Recently, John Holland-Kaye, CEO of the airport, stated that the air quality thresholds established by the European Union would continue to be complied with in the event of the airport being expanded through the building of the third runway, which received the support and recommendation of the Airports Commission in July this year.