When you visit Madrid at Christmas, one of the most highly-recommended walks is a stroll round the Plaza Mayor, which from the end of November until the last day of the year fills up with stalls where you can find little figures for your nativity scene, lights, festoons and baubles for the tree, and even joke novelties for the Day of the Holy Innocents, Spain’s April Fools, on December 28. But as well as the Christmas market, the beauty of this square is to be appreciated in its form, its architecture and the buildings that frame it. 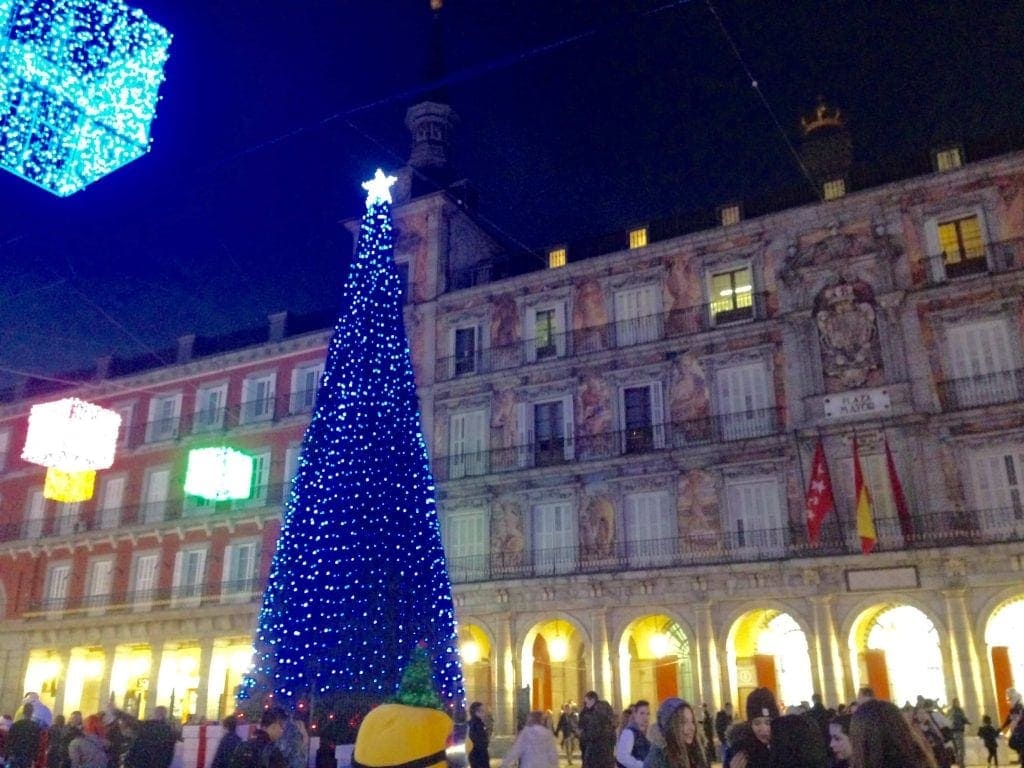 One of my favourite buildings, and the one I emphasize most when showing visitors round the city, is the Casa de la Panadería, or Bakery House. Iconic due to its frescoes, its spires with the clock and barometer, and for being the first building built in the Plaza Mayor. As its name indicates, it was born to be the City’s General Bakery, which was installed on the ground floor, while the upper floors were set aside for the enjoyment of the Royal Family. When talking about its design and construction two names always crop up, Diego Sillero, the architect who designed it in 1590, and Juan Gómez de Mora, who by order of Philip III continued with the project in its final stage of construction which was completed in 1617.

On the verge of celebrating its 4th Centenary in 2017, this building has been present throughout the history of the city of Madrid. It was the headquarters of the San Fernando Royal Academy of Fine Arts, as well as the headquarters of the Royal Academy of History, and currently plays host to the thousands of tourists who visit the capital and require information. But its history doesn’t stop there; if we go back to 1672, during the second fire which devastated the Plaza Mayor, the Casa de la Panadería was destroyed, and it was >Tomás Román who took charge of supervising its reconstruction. It was during this period that the painters Claudio Coello and José Jiménez Donoso were charged with decorating the inside of the building as well as for painting the frescoes on the façades. However, sadly the original paintings did not stand the test of time, and what we can enjoy today are the frescoes by Carlos Franco, chosen in a public tender organised by the Madrid City Council in 1988 to decorate the façade of this legendary building with mythical figures such as Cybele, Bacchus or Cupid, and other invented characters, as well as the history of Madrid and the Plaza Mayor.

However, time has not been kind to the building since the 90s, and recently repair work had to be done, both to the Vaults Room as well as to the roof, including the two spires (the one with the clock and the one with the barometer) that are so characteristic of the Casa de la Panadería I have had the professional and personal satisfaction of participating as Works Manager in the restoration works of this building, which is so representative of our city, working with an exceptional team of professionals and with the fundamental aim of promoting the most emblematic building in our much-loved Plaza Mayor.

All of the slate has been replaced, the rafters, gables and attics have been repaired and we have undertaken the recovery of the central crown of both spires whose wooden structures and lead linings were in a state of advanced deterioration. Furthermore, the Vaults Room, one of the jewels of this building, and which is located at basement level, was not shining in all its splendour, presenting cracks and fissures, a loss of ceramic and bonding material, a loss of colour, and humidity with deep salts which were compromising its stability. Damage which was located exactly in line with the Plaza Mayor colonnade.

Although for a few months it remained concealed under an awning faithfully depicting its ornamental façade, the conclusion of the works once again allows us to enjoy in Yuletide strolls, soaking in the mythical façade of the Casa de la Panadería in all its glory. And whether you are from Madrid or visiting the city, I would urge you to stop for a moment in front of the building to admire its beauty and revel in our Plaza Mayor. 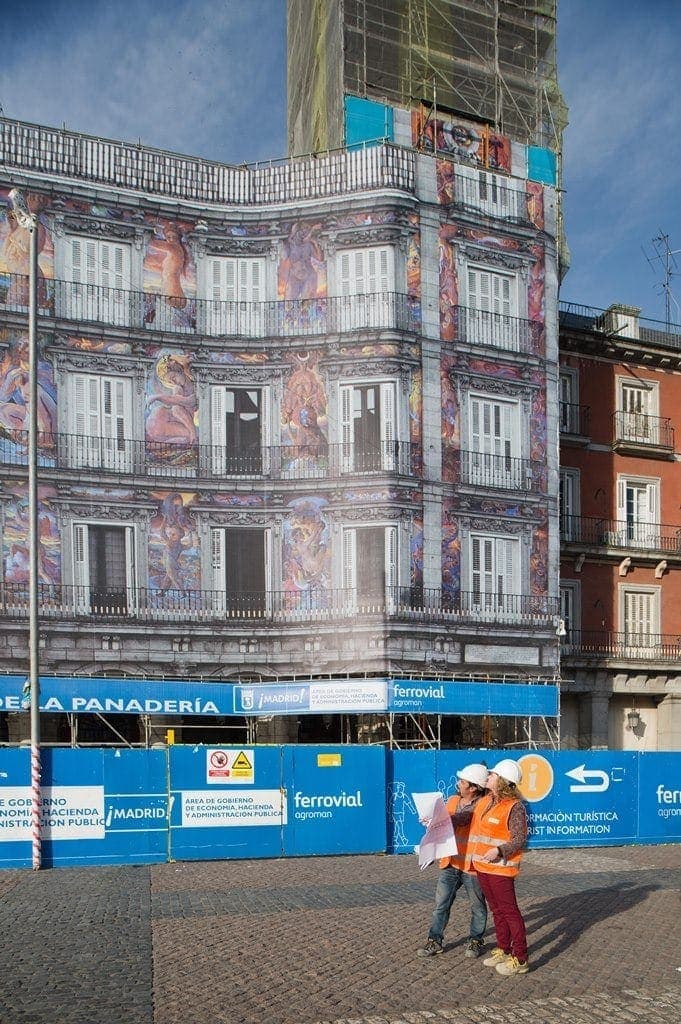 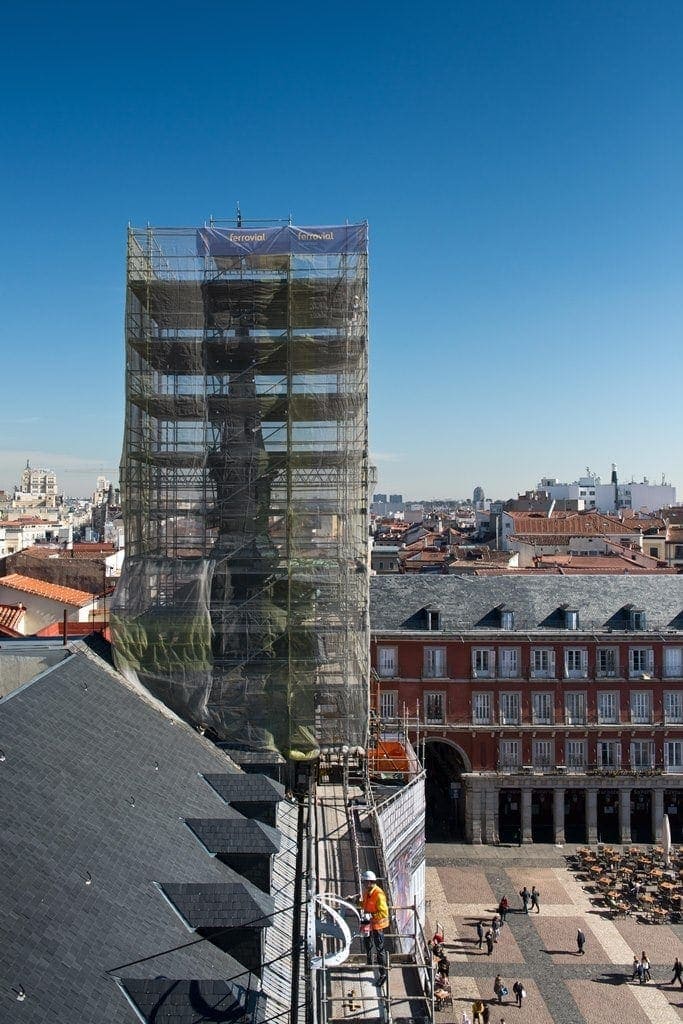 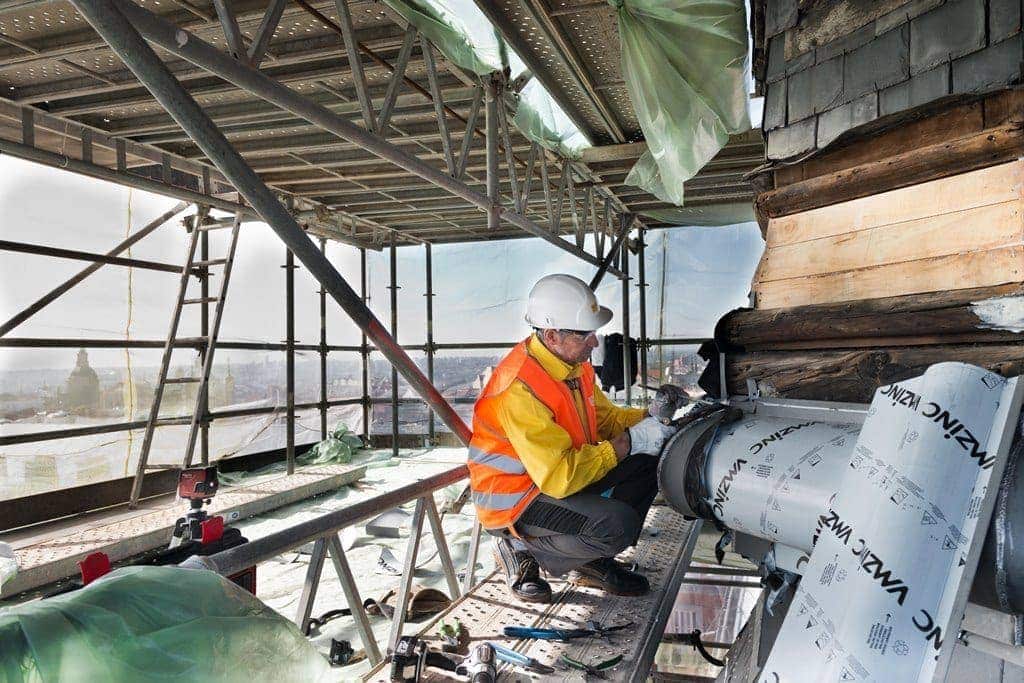 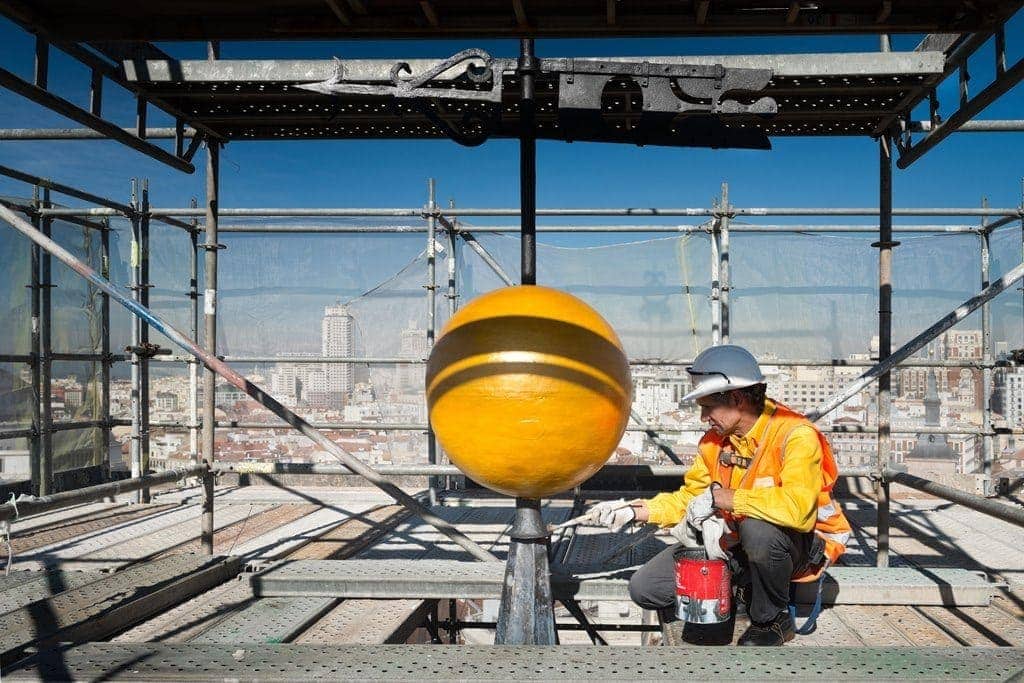 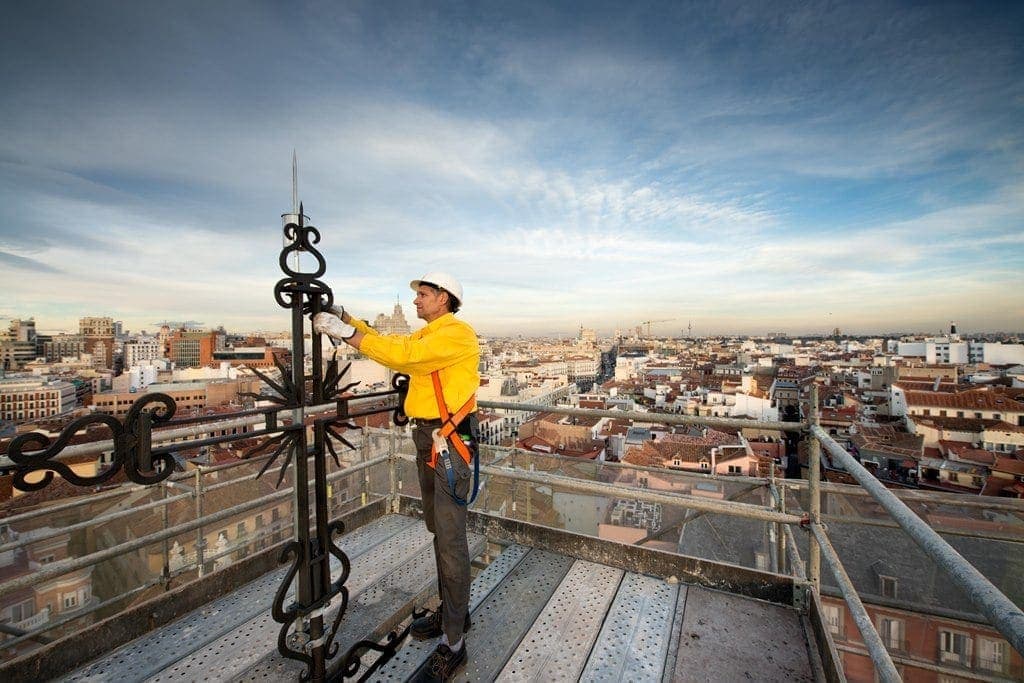 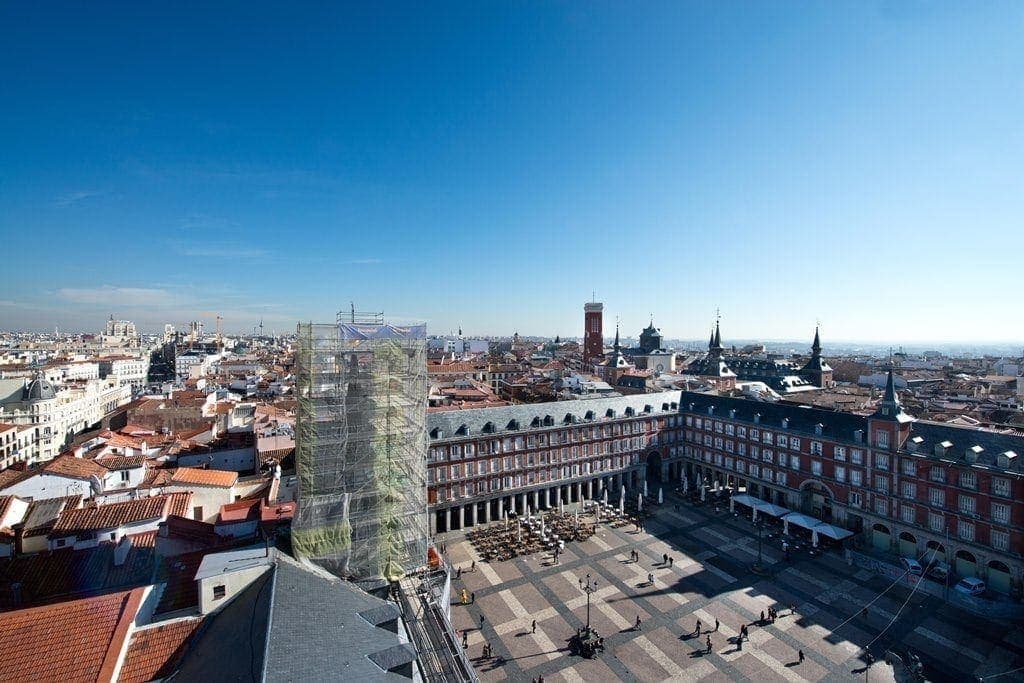 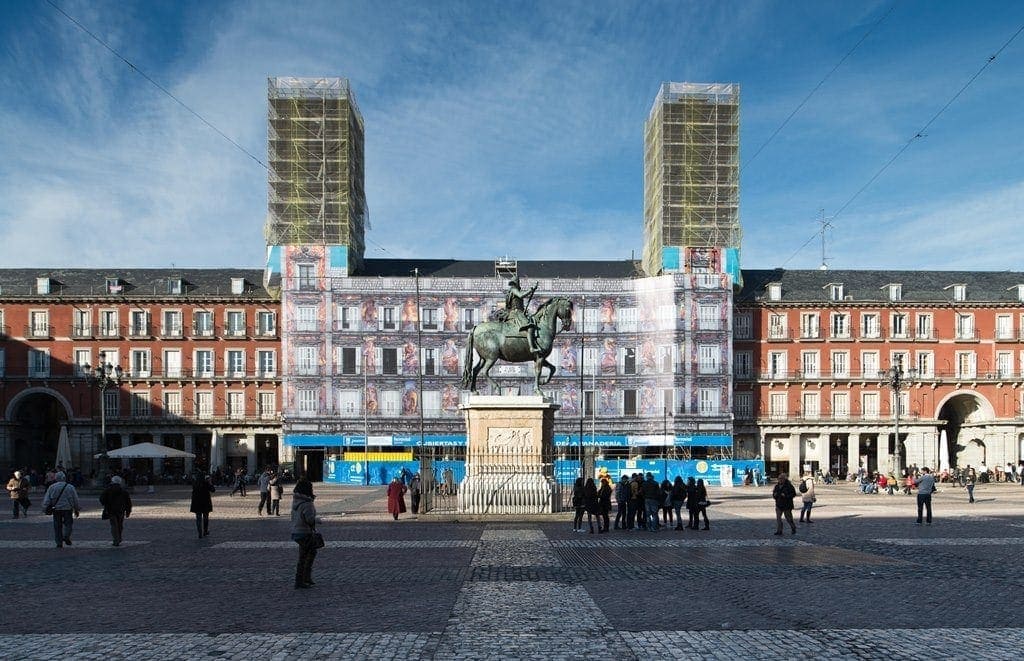 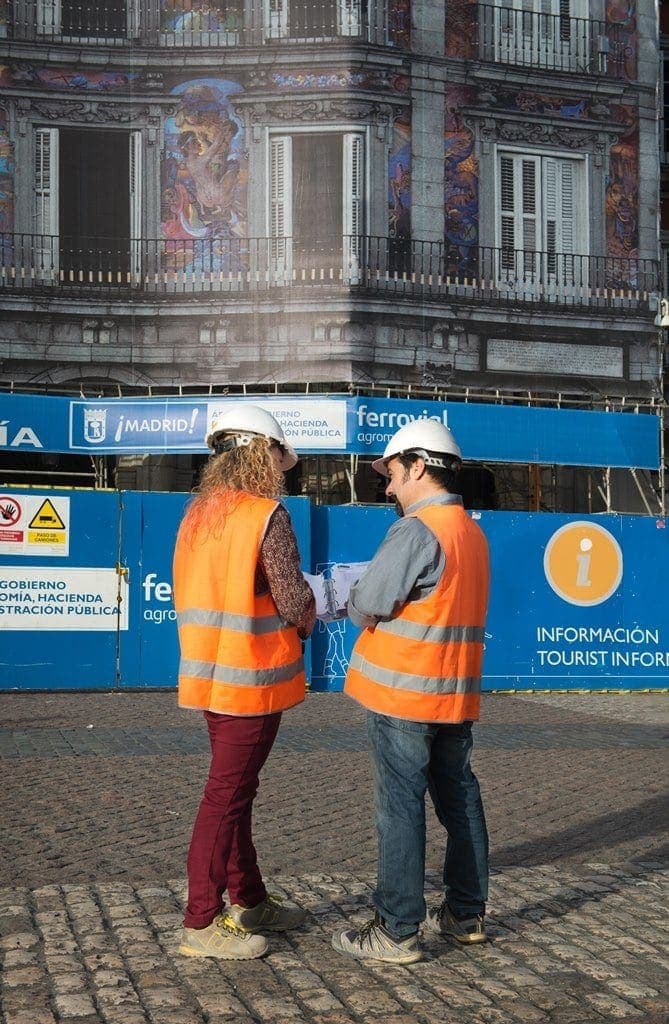