What is COP21 Paris all about? Find out about the work we are doi... 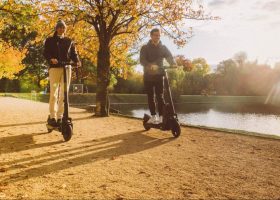 For some time now we’ve been hearing the words “COP21”, “Paris” and “climate change” in the same sentence. There has been much anticipation around the 21st International Conference on Climate Change due to the urgent need to establish a series of binding commitments to be complied with in order to combat climate change. But although all those words ring a bell, what is COP21 Paris? Why have we got to set out a specific series of actions to slow down climate change and what is this “green growth” we keep hearing about? As a responsible company that is proactive in reducing emissions and a participant in the Paris Conference, we would like to give you a clearer idea of what it involves.

What is the COP21 conference being held in Paris?

From 30 November to 11 December Paris is hosting the 21st International Conference on Climate Change, or the 21st Conference of Parties. This event is organised by the UN Framework Convention on Climate Change (UNFCCC) and its aim is to set out a series of binding actions to reduce greenhouse gas emissions.

Year after year these conventions have been declarations of intentions; in fact, at the 15th International Conference on Climate Change, held in Copenhagen from 7 to 18 December (better known as the Copenhagen Conference, or COP15), the aim was to establish a legally-binding climate agreement which would come into effect as of 2012 across the globe. The aim of this was to reduce global emissions of CO2 by at least 50% from their 1990 levels by 2050. But in the end the text was not binding, lacked either quantitative aims or deadlines, and was criticised and written off as a failure by many governments and organisations.

Why is it important to sign a binding agreement at COP21 Paris?

The melting of the ice-caps, carbon levels in the atmosphere, deforestation and the rise in the earth’s temperature; these are some of the effects of climate change that we are already witnessing and suffering. With regard specifically to temperature rises, the Paris conference must ensure it does not rise another two degrees.

Why must temperature levels not rise another two degrees?

William Nordhaus, economics professor at Yale University, who is doing work on the economic consequences that climate change would bring, highlighted in his publications as early as the 70s that to avoid the worst-case scenario, given climate change, we should not allow temperature levels to rise more than two degrees. And these figures have been corroborated by scientists such as the British physicist and professor at the Santa Fe Institute (US) Geoffrey West, who told the Spanish news agency EFE that: “All the planet works by chemical reactions. The chemical reactions are temperature-dependent, so that by altering the temperature you change the chemical reactions and thus the equilibrium of the planet.”

And although in colder locations a rise in temperature might seem quite tempting, we must continue to uphold an average of 15 degrees centigrade on Planet Earth.

What can we do to stop the temperature from rising and thereby combat global warming?

To this end, at Paris a series of binding commitments need to be set out, and really fulfilled by all governments, companies and societies. For instance, companies from across the globe have come together in different green growth groups by country, in order to set out specific actions which they are already carrying out, or are about to carry out, with the aim of reducing carbon dioxide emissions (CO2), being more energy efficient and driving the production of renewable energies. But, furthermore, they are demanding governments set in motion practices and actions that will ensure green economic growth.

What is green economic growth?

These are economic activities which actively support and participate in the conservation of the quality of the environment through the efficient use of resources. In other words, to collaborate in the protection of bio-diversity, air quality, water, earth, and the reduction in emissions of carbon dioxide.

Over 12 days a series of actions are going to be set out to combat global warming, but as we have seen, it is not enough establish them, we must also comply with them. This involves us all; governments, companies, society, and on an individual level we have to commit to wanting to live in a better place. To this end, the Spanish Ministry of Agriculture, Food and the Environment, ECODES, the Biodiversity Foundation and the Spanish Office for Climate Change (OECC) have created the project One million commitments for climate so that everyone, at an individual level, can join in. And at Ferrovial, with the support of all our employees, we are making our own little contribution. 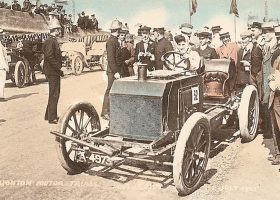