Did you know that the oldest known stadium in the world is located at Olympia on the Greek Peloponnesus peninsula? The first Ancient Olympic Games were held there in 776 BC. In those first Olympics, the stadium was built for the track and field events. Today we speak of different sports: football, rugby, hockey… and, of course, track and field.

Sport is part of the life of millions of people including those who play and others who support their teams or simply watch, and has the potential to change the skyline of the city. And not only the skyline, but also its economy and society in general.

Curious facts about the sports stadiums built by Ferrovial

During these years Ferrovial has taken part in the construction and rehabilitation of 16 large sports stadiums. If the capacities of all these stadiums are added together, the total number of spectators would exceed 500,000. Here are some curious facts about some of our stadiums.

The Mediterranean Stadium in Almeria

This stadium was originally built for the 15th Mediterranean Games held in Almeria in 2005. The architects Luis Millet and Joaquín Blanco were entrusted with the design. The stadium holds 22,000 spectators, encloses a 16,260 m2 grass playing field and is fitted with a 14,429 m2 steel plate roof, the structure of which required more than 1,250 tonnes of steel. 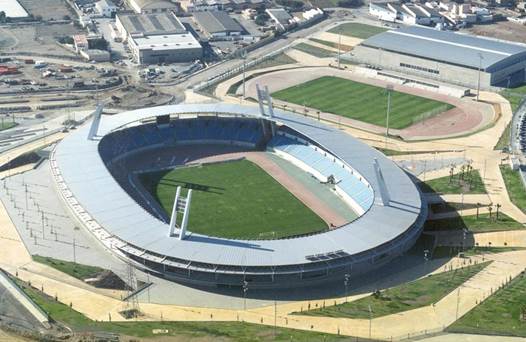 Construction of this stadium took place in the Zaidín-Vergeles district  between 1994 and 1995, and is home to the Granada Football Club. Los Cármenes seats 22,524 spectators and 310,000 kg of steel were used in its construction. 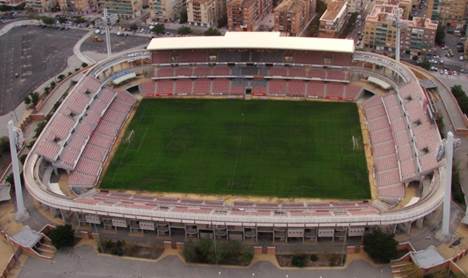 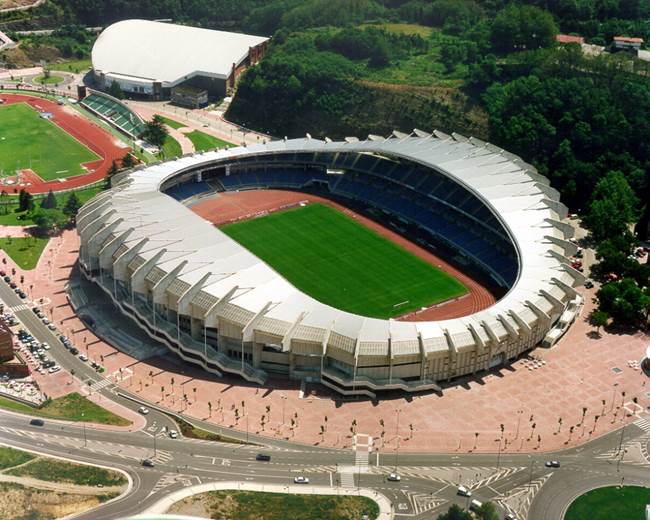 This stadium was built to host the 2001 Mediterranean Games and the 2004 Africa Cup of Nations The first event at the stadium was the final of the 2001 Tunisia Football Cup in July of that year between CS Hammam-Lif and Etoile Sportive du Sahel, won by the former by 1-0. Formerly known as the 7th of November Stadium, its name was changed after the 2011 Tunisian Revolution.

¿Did you know that 3,000 tonnes of steel were used in the structure of the Tunisia Olympic Stadium, that it has a 42,000 m2 fabric roof and capacity for 60,000 spectators? 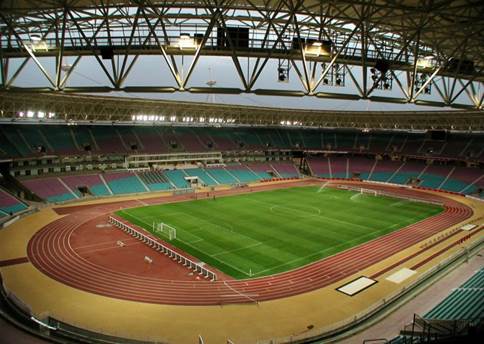 This is one of the most famous stadiums in the world because it is home to FC Barcelona. It is currently the stadium with the highest capacity in Europe and the fifth largest in the world, with capacity for 99,354 spectators. It is ranked Category 4 (formerly “elite”) by the UEFA, the highest distinction. Ferrovial was entrusted with reform and extension of the stadium to reach the present seating capacity and had to reduce the length of the playing field by 3 metres to do so.

But how is it possible to perform extensive works on Camp Nou, one of the most popular stadiums in the world? Ferrovial harnessed the summer break in competition (from June to September 1997) to carry out the works. 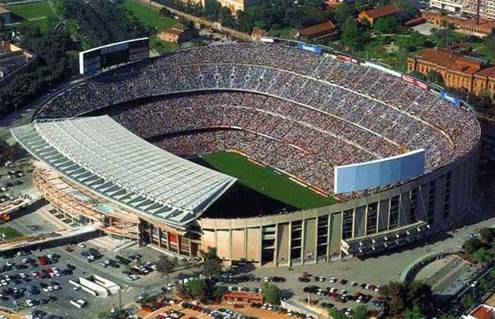 This ground is located in the mythical Nervión district of Seville and has been home to the Seville Football Club since 1958. In 1998 it had to be reformed to comply with the FIFA regulations that prohibit standing places in stadiums, becoming an all-seater stadium and losing around 28,000 spectators in the process (the maximum capacity was reduced from 70,500 to 42,649).

Also in Seville, the Real Betis Balompié (Royal Betis F.C.) stadium, built in 1929, also had to be rehabilitated in the 1990s to provide seats for all spectators. In conjunction with the architect Antonio González Cordón, the superimposed first and second stand tiers were built to accommodate 45,000 more seats, thus providing room for a total of 56,500 seated spectators.