Energy from Waste: the Energy of the Future

For my first contribution to this blog, I would like to discuss a topic I think is especially relevant right now: past and current trends in the Energy-from-Waste (EfW) industry.

In preparing this text, I drew on a presentation I gave at the Ferrovial Servicios convention and got some help from my colleague and friend, Vicente Galván.

First I would like to define Energy-from-Waste (EfW), a term which is often used with very disparate definitions. We at Cespa have expanded the classic definition of EfW as any process by which waste is used to generate electricity or heat by adding the preparation of fuels and processes that avoid CO2 emissions.

The waste management strategy is determined by regulation, which establishes a hierarchy where reuse is given priority over elimination and controlled disposal ranks last. Below you can see the the waste hierarchy. 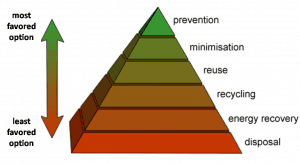 For the first time, energy efficiency standards have been established, and burning municipal solid waste (MSW) is now classified as waste reuse. The standard for facilities authorised before and after 2009 is 0.6 and 0.65, respectively.

Although the crisis had led to a slight decline, municipal waste production per capita has increased in recent years, in both quantity and variety, and waste management models increasingly include more sorting at source.

There is a growing demand to improve the quality of the environment with increasingly sustainable solutions.

The construction of waste management infrastructure has declined drastically since Spain stopped receiving cohesion funds and the economic recession started.

However, municipal waste management costs are on the rise, with the result that governments are abandoning the existing approach of bearing the full cost of the service without passing it on to citizens, which is causing large deficits.

The technological complexity of treatment facilities has increased recently, and the number of lines, processes and installations has grown.

It’s important to note that every kind of waste (and depending on the desired goal) should be treated with the best technology available, which must be updated accordingly. Most technological failures are attributable to inappropriate use of technology that would work with a different type of waste.

The price of fossil fuels, commodities and energy in general has skyrocketed. The image below shows how oil consumption has exceeded new oil discoveries for the last 20 years. 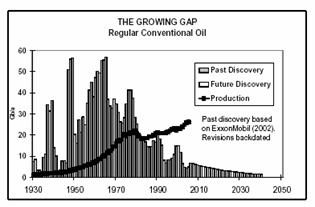 Accordingly, there is a growing trend to replace fossil fuels with renewables, with a major contribution in the future from bioenergy, EfW and biomass. 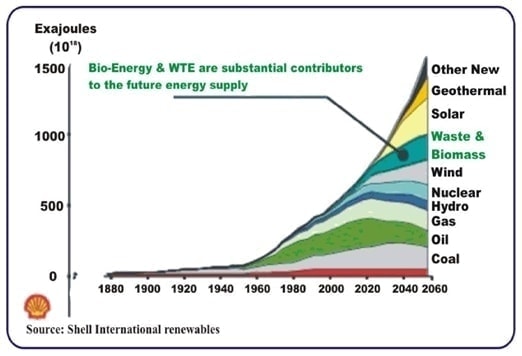 Quality is fundamental in fuel production.

Classification and standardisation are vital for providing technical information to:

A European regulation for solid recovered fuels was developed by the CEN (CEN/TS 15359:2006), which includes a declaration of conformity to be issued by the producer and a quality control system. The regulation was scheduled to expire in 2009, and the goal is for it to become a European Union standard.

As I commented earlier, at Cespa we believe that CO2 emission reduction is something we must all work towards and is among our objectives for EfW.

To do so, all countries must significantly reduce their emissions.

The main conclusion is that EfW is an increasingly important option and will contribute notably to countries’ energy mix in the near future.

Accordingly, all companies in the waste business should prepare a strategy and dedicate the necessary time and resources to prepare for the change in the waste management and energy production business model.