The pillars of efficiency in construction: The Manual Against Wastage at a glance

Marc Bach, an engineer specialising in Lean Construction and BIM, reflects here on the efficiency in construction and streamlining of companies, analysing Lean Manufacturing from the perspective of the Manual Against Wastage written by Rafael del Pino y Moreno.

The Spanish construction sector is endowed with a true gem: the “Manual Against Wastage” commissioned by Rafael del Pino y Moreno, founder of Ferrovial, in 1962 with the aim of achieving efficiency in construction.

“This Manual Against Wastage could well be renamed Manual for Managing Talent, Efficiency and Innovation. Talent, because it encourages managers to motivate employees, enhance their specific skills and give fair recognition for their efforts; efficiency, because it shows how to meet objectives at the lowest possible cost by optimising processes throughout the chain; and innovation, because it establishes mechanisms for continuous improvement in all areas and encourages everyone to contribute towards achieving this goal.”

I quote below a few paragraphs from the introduction to provide some background on the origins of this manual. These paragraphs also point to the importance of management procedures for enabling the whole organisation to apply identical processes:

“One of the founder’s tools for ensuring a successful start in the rail business was to ensure the best possible organisation at all levels.

The Manual puts it aptly: ‘Good organisation is the best weapon against wastage, as it will have no dark corners in which to hide. On the contrary, good organisation makes negligence almost impossible as any carelessness is very quickly brought to light.”

To fulfil this goal, in the 1960’s del Pino asked co-founder Ramón González de Amezúa to draft a series of guides to harmonise procedures in individual workplaces.

Thus came into being the Ferrovial Manuals. Between 1960 and 1965, close to 40 manuals were produced on a range of topics: accounting, payrolls, machinery handling, personnel management, design and filing of forms, etc. there was hardly any area of the company’s activity that did not have a manual.

There was a copy of these manuals in every workplace, so that they could be consulted and applied at work sites. Over time, the manuals grew to be well known throughout the industry and a number of companies, including the Spanish Ministry of Public Works, asked for permission to adapt some of them. 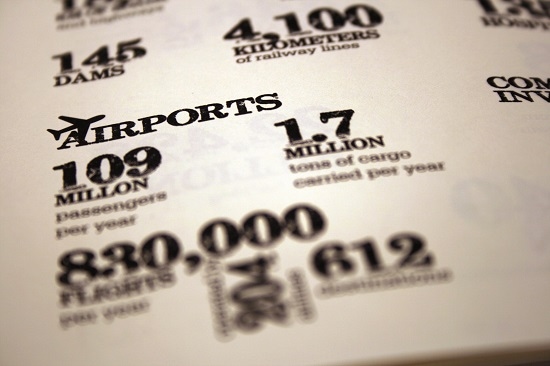 The manuals: Toyota Production System and Manual Against Wastage

The concept of Lean Production or how to reduce Wastage

In the industrial sector, and currently also in the services sector, the term “Lean” is associated with a reduction in wastage. The term dates back to the 1980s and the method used by Toyota in car manufacturing, [inlinetweet prefix=”” tweeter=”” suffix=””]when research staff from the MIT in the US applied the term “Lean” to the Toyota Production System.[/inlinetweet]

Taiichi Ohno was the engineer who developed this new system, which was more efficient than that of its competitors (the whole sector promptly copied the Toyota system, with mixed success). In 1978 he decided to publish an internal manual, the Toyota Production System, to be used for training new engineers and external companies. As this brief timeframe on the evolution of the industry shows, there is much we must thank both the American and Japanese pioneers of the beginning of the last century for.

Similarities and differences between the two manuals

As you can see, there are many similarities between the two books, not only in regard to their subsequent impact, but also in their content (allowing, obviously, for the differences between manufacturing a car and carrying out a construction project, but recognising that they are both production environments).

Both Ohno’s Toyota Production System and Rafael del Pino’s small, type-written book show not only ways of optimising costs, but also large doses of leadership. The manual does not provide any specific tools or particular concepts as Ohno’s book does, but rather the proper mindset required for management. [inlinetweet prefix=”” tweeter=”” suffix=””]And still today, Ferrovial managers live up to the lessons contained in this small manual.[/inlinetweet]

Both books have in common the ability to observe wastage in all activities: whether in industrial processes, or in the course of construction works.

The manual contains recommendations for efficiency, and a description of all types of wastage that can occur.

The introduction itself is a gem, with one particular statement as fitting example:

“[…] wastage is like the mythical Hydra, which grew two heads for every one that was cut off. Combating it requires constant vigilance; therefore, rather than a set of recipes and remedies, what is needed to fight effectively against this devourer of companies is a specific mind-set”

Definition: Wastage is A LOSS that cannot be recovered, that benefits no one and is harmful to all.

It does not, however, define seven types of wastage as Ohno does. Nor does it classify activities into those that add value, act as support or represent wastage. It does specify that wastage comes in a multitude of forms and varieties, and goes on to describe this in the rest of the book, with advice on how to reduce it. It talks of materials, time, work and energy.

“Good organisation is the best weapon against wastage, as it will have no dark corners in which to hide.”

Under this heading, the book provides advice on efficient handling of procurement services and reception and storage of materials. It also talks of oversight of services.

“When plant is being operated, every hour of work represents a fixed cost which is the sum of the items listed in the preceding section. However, the machine may perform a variety of tasks in an hour, and the true cost is not the gross cost per hour, but the cost per unit of output. The greater the number of units produced, the lower the cost.”

Here is an important difference with the Toyota manual. The TPS (Toyota Production System) balances resource with demand. In a project, demand is determined by works planning and duration. And, depending on the activities to be carried out, increasing resources means that the total duration of the project will be reduced.

This argues in favour not only of daily control of hours of work, but also proper maintenance, upkeep and cleanliness of the plant or machines.

“Time is measured in thousands of pesetas that build up inexorably on the cost side.”

And here I will quote a whole paragraph that unequivocally explains the above.

“Things have to be done with the least possible work. This is not a recommendation to swing the lead; rather, it is a fundamental principle of economics. As examples: Is what Worker A doing necessary and useful? What is its purpose? Could he be using a better method? or, there are 10 labourers on a given site: could the same work be done by just 8 or 9?”

And the principle of subsidiarity:

“Do not do work that could be done by one of your subordinates.” The manual then explains two types of wastage incurred by not applying this principle.”

Standardising a works project. For me, the best part of the book:

In relation to wastage in staffing:

“The more the merrier. We could counter that with another popular saying: Two is company, three’s a crowd.” And the manual goes on to say that both are true, within limits.”

The concept of “wastage in thinking” is somewhat surprising. To avoid it, the manual recommends: orderly thinking, outlining a plan, finishing what has been started, ordering and systematising information, writing things down, listening, being precise, saying what you know, etc. It’s a leader’s Decalogue. As an example:

“Orderly thinking: Go from the simple to the complex. First, analyse the various components of the problem. Do not decide anything until you know all the details.”

“Staff cooperation is the key to a business – not only as regards fighting wastage, but in all activities.”

Over three pages, the manual provides recommendations on how to respect not only the works team, but all staff. How to listen to them and look for solutions as a team to make improvements.

Rafael del Pino was convinced that one of the decisive factors in business, and in life, is:

Knowing what people are capable of, which is normally more than might appear at first glance, and putting the right person in the right job”. For that reason, he had a unique ability to create and manage teams – another key factor in Ferrovial’s success.

“We will get nowhere if we don’t strive to excel, to surpass our goals”. Rafael del Pino y Moreno, founder and chairman of Ferrovial for 50 years.

Go to Manual Against Wastage.