Man designs and programmes, and robots perform on the basis of such programming. Up until now, robotics, in all its complexity, has been a discipline based on the performance of a series of orders. This keeps the ball in the court of developers, with robots lacking initiative and independence, though perhaps such qualities would make them more useful.

But we humans intend to change this by programming robots in a way that makes them capable of self-programming themselves. We’ve been pursuing this idea for many decades, and it is likely that we now have the technological tools required for designing truly intelligent robots.

[inlinetweet prefix=”” tweeter=”” suffix=””]Teaching robots to learn is the great challenge of our century. [/inlinetweet]We realised already a long time ago that it is not possible to teach a robot everything in order to let it loose on the world, in the same way that we do not teach our children everything at once. There are simply no beings that have all the information required to survive or to work right from the start.

We don’t have it either. Or does a person who starts working in a new office know all there is to know from day one? Why have we been insisting on the opposite for centuries? Probably because we thought that robots would be different from us. Robotics, however, is now progressing towards learning. 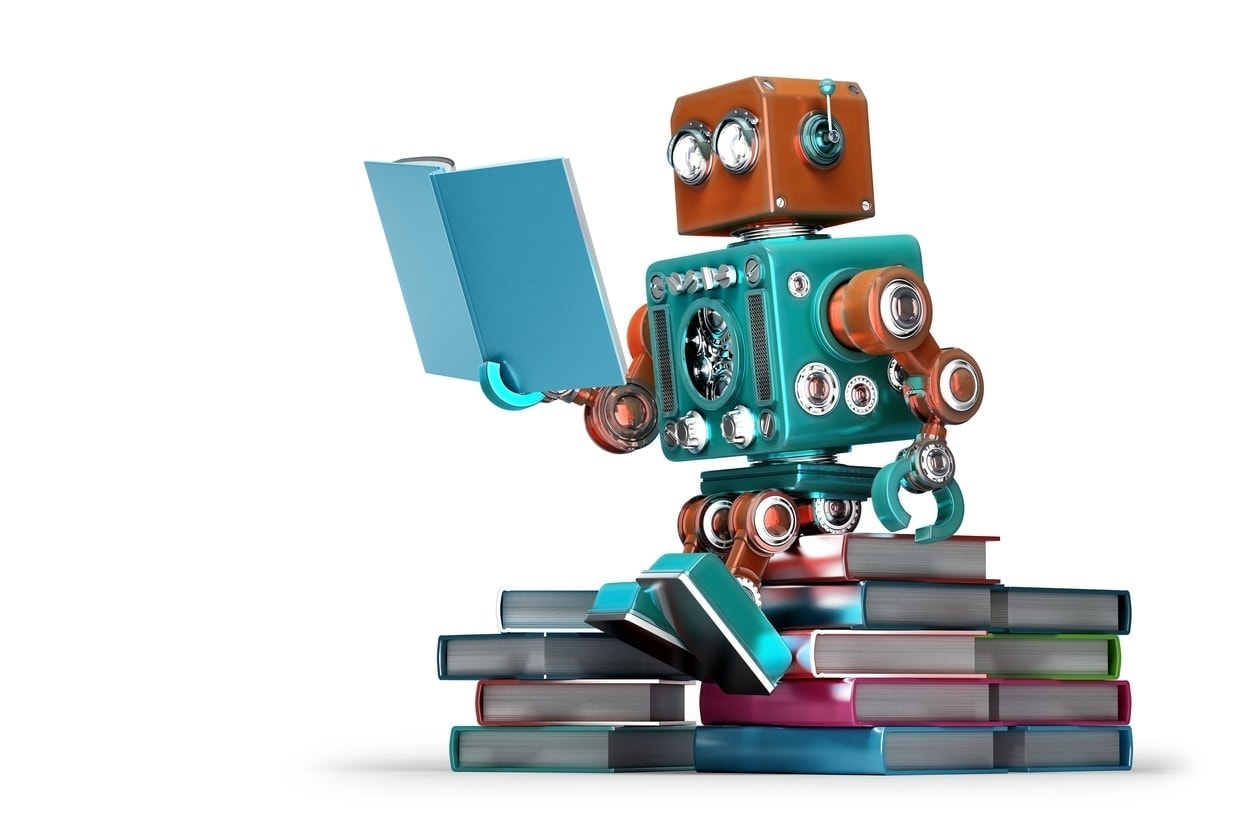 For example, think of the latest trend, the driverless cars which are already being used on streets around the world. It would be impossible to teach these types of robots to distinguish each and every one of the points of the earth and drive from memory.

Instead, they are taught to drive on the basis of traffic regulations and learning from error. Exactly in the same way as we would teach a human being. With the advantage, of course, that they are not human.

Autonomous vehicles are not the only application of robots that learn on their own. One of the key barriers to the integration of robotics in such diverse fields as industrial production, construction, or the care of the elderly, is how complicated it is for robots to recognise their environment and move about without destroying everything in their path.

And here’s where the generational learning, – or   robotic genes – comes into play. The basic idea can be seen in this video: a simple virtual robot learning to walk. After setting it the objective of ‘go far using your “muscles”’, it is left to progress and learn on its own. In the beginning, it trips and falls, as would a baby.

But what it learns in one attempt it remembers in the next, and in some 500 generations (or several days of data processing) it can run upright. Hardly any time at all if we compare it with biology, which required millions of years to achieve something similar.

It is thought that by simply combining this rapid learning with the fact that robots can share learning in real time, we will be able to see real robotic autonomy. Shared learning is based on the premise that it suffices for a single robot within a network of robots to learn something for all the others to know that something also.

One of the best-known robot networks are the mini kubus robots football teams from Robocup Robot Soccer. This video shows how accelerated learning helps the robots create offensive and defensive collaborative strategies on the field.

How can this be applied to industry?

Robots have been used in different industrial environments for a long time. The automobile industry pioneered the way, and now leads the cobots sector (robots that help humans). But it is not the only sector. We can see robots at work on farms and robots in operating theatres.

Today, these industrial robots are still separated from humans by cages. Sometimes with a fence or a protective glass, but mostly in completely separate rooms. This avoids possible harm and security problems, originating mainly from impacts at speed. 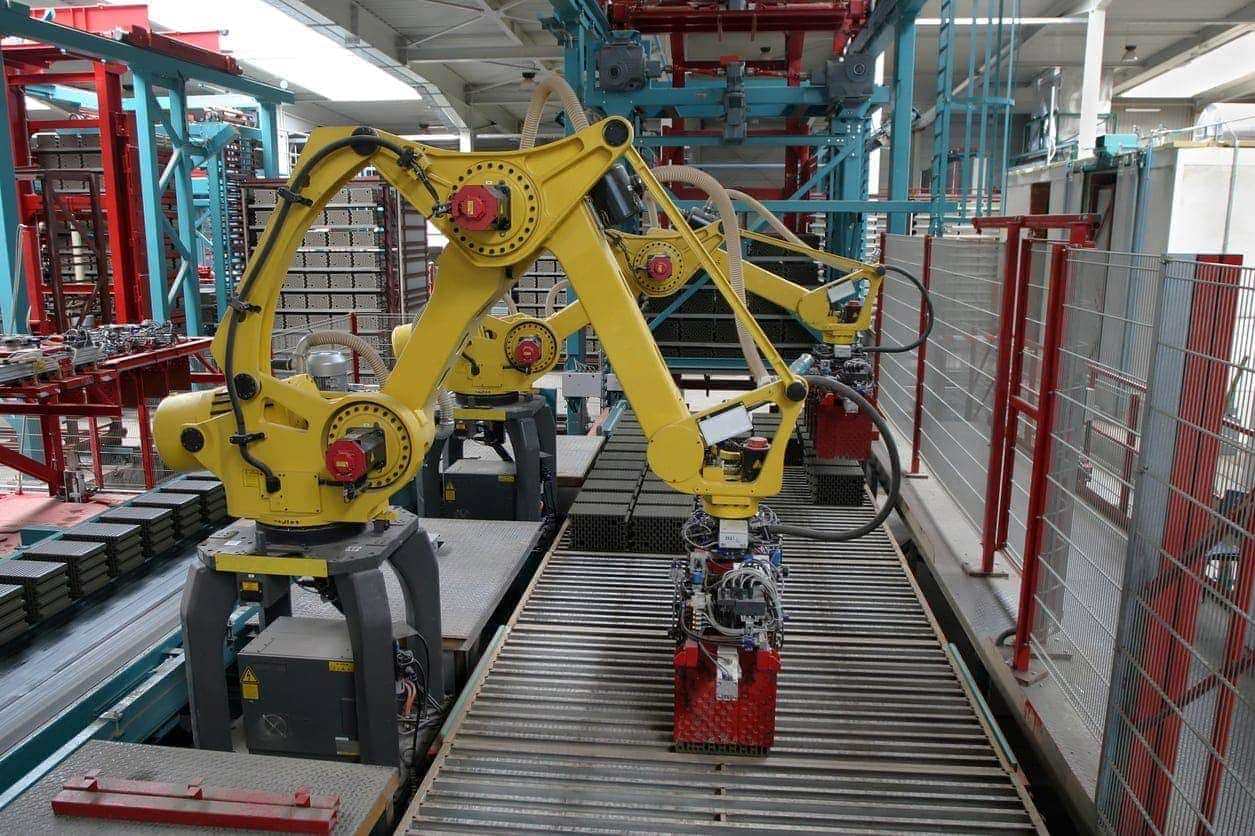 But the fact that a cage is required around them very much limits their use, especially in environments where they are most needed to protect the safety of humans, such as robots for mining, or for concrete or demolishing work. But also for electricians working with high voltage, people cleaning out chemical baths, or environments subject to radiation, amongst others.

Industry has plenty to choose from when it comes to potentially dangerous environments, and it is therefore not surprising that it should be the first to look for robotic solutions to improve the working environment. We shall soon be seeing important developments in this field thanks to self-learning.

Influential contemporary scientists and communicators, such as Hans Moravec, Raymond Kurzweil, Michio Kaku or Neil deGrasse Tyson, are fully convinced that we will be able to develop software capable of thinking in a fully independent manner.

Although it might seem like something out of science fiction, robot competitions are today a reality. Think, for example, of the International Challenge for Autonomous Robots organised by Ferrovial  and Ennomotive.

Construction sites – together with urban pedestrian environments or motorways – are one of the most complex environments for robots, because of the difficulty in recognising where they are and how they are to move. But this could be solved by giving robots a certain degree of intelligence with which to learn.

The International Challenge takes place within the framework of a much larger show, the Global Robot Expo, which this year is held in Madrid from 2nd to 4th February.

From exhibitions showcasing advances in one of the fastest growing sectors of the market, to conferences with the world’s most renown experts on robotics, which will deal with issues such as the impact that robots will have on business, how their cost will gradually come down, what relationships there will be between humans and robots, or the financial models governments will adopt once millions of robots generating wealth are part of the system.

The fascinating world of robots is starting to generate headlines in the media, and the Global Robot Expo will be following robotic developments very closely.