Pulleys that moved a city and changed the world

Greek historian Plutarch wrote that Archimedes was able to move the Syracusia, the largest ship in ancient Greece, by simply pulling on a rope. The secret: a multiple pulley system. “Give me a point of support and I will move the world.” This, it seems, is what ancient Greece’s most important scientist and inventor said to challenge King Hiero.

Today, far removed from worlds of tragedies and legends, and despite a certain modernisation, [inlinetweet prefix=”” tweeter=”” suffix=””]pulleys – an apparently very simple device – continue to move the world.[/inlinetweet] A wheel with a groove cut into its periphery as a symbol of human technology. A simple mechanical device which multiplies the strength of man. A point of support for the rope which changed a small village on the swamps of the Dutch coast into Europe’s most buoyant city.

“Sailing through Amsterdam’s canals, one could find elephants and armadillos, snakes and frogs, microscopes and telescopes, fine bone china and Delft pottery. And, of course, spices and herbs, not only for cooking, but also to aid digestion, as a laxative, or for keeping illness at bay. Shops were much more than simple warehouses for pepper and cinnamon, they also stored numerous exotic plants such as scammony, turmeric, galangal, muskroot, tragacanth gum and, some even say, dragon blood.”

This account dating back to the 17th century and included in Russel Shorto’s book “Amsterdam: A history of the world’s most liberal city”, is a vivid illustration of the golden age of a city which began to develop in the early 1600s. A centre for international trade and bustling port, anyone lucky enough to visit the capital of Holland (or, more properly, The Netherlands, Holland being only the country’s westernmost province) will, perhaps unknowingly, step right into the legacy of that century of spectacular growth. 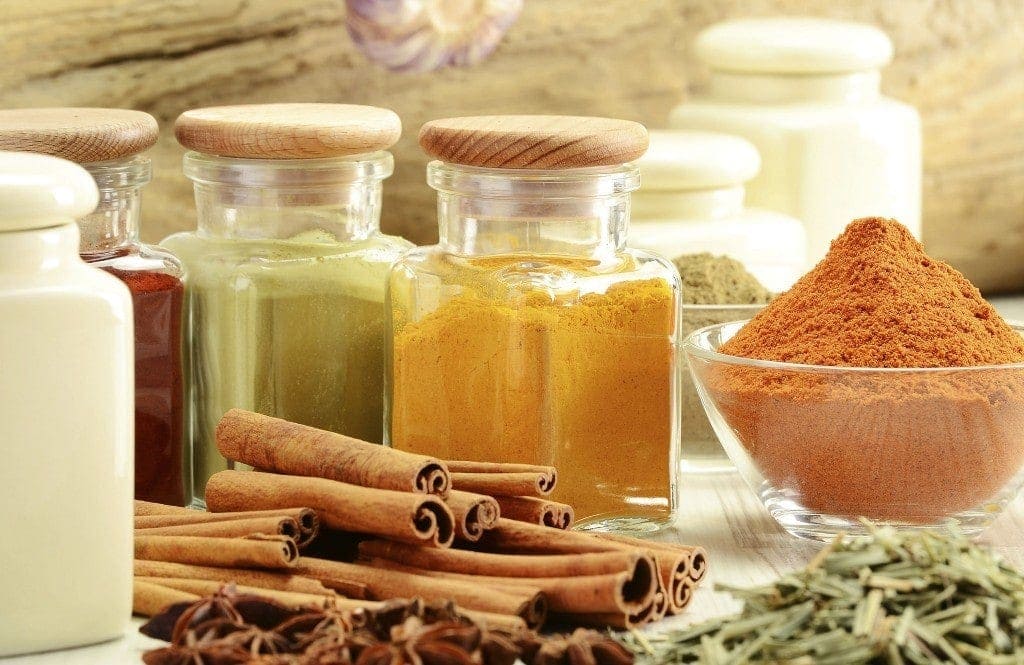 Spices for use in food – Stock

Pulley systems that moved a city

Tall and narrow, elegant yet restrained in their design, with their façade leaning slightly towards the water and sporting a hook at the highest point. There is a reason for everything in the way these typical houses on the banks of Amsterdam’s canals, the grachtenpand or canal houses, were built.

Given the high cost of land (taxes were paid depending on the number of metres occupied along the canal), plots were narrow, so houses were built tall. Trade with the then known world, including the newly-discovered America, was Amsterdam’s largest source of wealth, so most of these houses belonged to merchants and were also used as warehouses.

The ground floor, traditionally built about a metre above ground level to avoid damage from flooding when the water in the canals rose, usually housed a shop and a small store. On the upper floor was the main warehouse with the most valuable goods, such as spices, which were released in small quantities to keep market prices stable.

And at the highest point of the house, overlooking trading activities and, indeed, the whole city, a hook with a large pulley. Given how narrow the houses were, it was difficult to get supplies up to the top floor. However, with this simple pulley, goods could be hoisted directly from the canal to the storeroom. And the slight angle of the façade made the task easier, as goods would not bang against walls and windows if they swung slightly while being hoisted up. 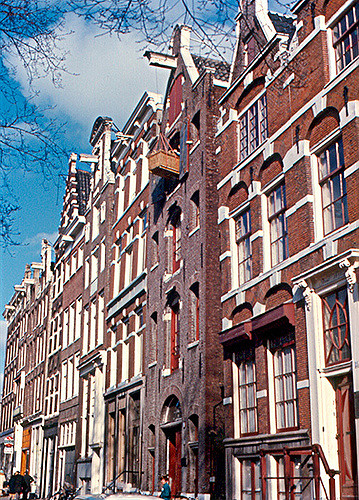 Pulleys in Amsterdam, still in use today / Roger W – Flickr

So, with a pulley as their main ally – and no doubt with very little knowledge about Archimedes –, Dutch traders set the stage for a busy Europe of cities and commerce.

From the East and West Indies, and from the south and horn of Africa, Europe received coffee, cocoa, pepper and cotton, products which were just as valuable as gold, or even more so. And these goods almost always transited Amsterdam, where they were stored with the aid of a pulley set atop the highest point of a narrow house.

According to some of the accounts of the time, for much of the 17th century the Dutch capital received more than 100 tonnes of pepper thanks to the trade routes with countries in the Indies. And this was not all, according to Russel Shorto’s book: any product which could possibly be traded was stored in these canal houses.

“In 1625, the warehouses of the Dutch East India Company contained four million pounds (1,800 tonnes) of pepper. A year later, there were six million pounds (2,700 tonnes) of pepper carefully packed in trader warehouses along the banks of the canals. In addition, of course, to the cinnamon, dried fish, tea, whale oil, sugar, salt, soap, silk, beer and tobacco that was also stored there”. 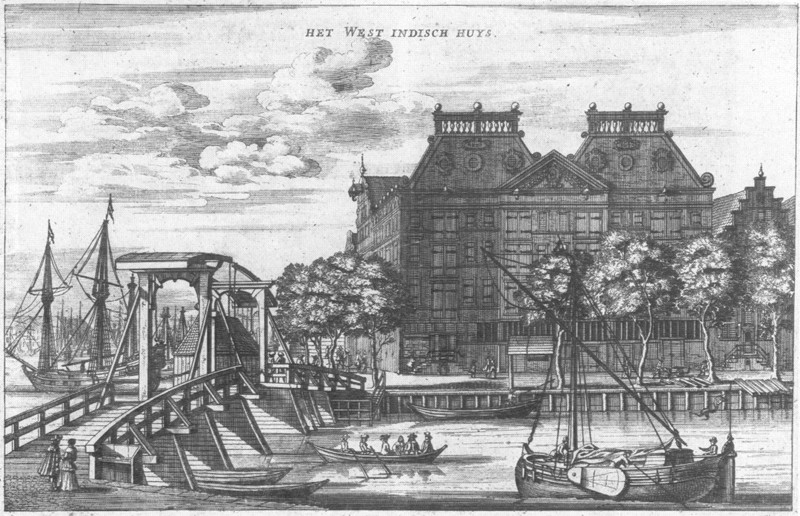 Main warehouse of the Dutch East India Company in 1647

Such an accumulation of wealth and the emergence of global trade made Amsterdam stand out as the world’s first liberal city. However, the so-called Dutch Golden Age was about more than just money and riches galore. And its causes and consequences lie rather closer to home than we might think.

Following the 80 Year’s War, the provinces of Flanders gained independence from Spain. The war ended with the Treaty of Utrecht, marking a new era for Europe in the 17th century. The new country emerging from the war promised freedoms, particularly religious freedom, for which reason large numbers of Protestants and Jews, originating mainly from Spain and Portugal, settled in Amsterdam, thus already turning this small port, at the turn of the century, into one of the world’s main trade centres and the continent’s most multicultural city.

Moreover, cheap sources of energy, such as wind (exploited through the iconic windmills to be found all over The Netherlands) and peat allowed a never before seen level of scientific, technological and artistic development. And the new kingdom soon rose to prominence as a naval power in the light of the declining influence of Spain and Portugal, thus positioning itself firmly in line for trade with the new America and the East Indies. Trade required maritime routes, large ships for transporting goods and, above all, safe warehouses in which to store these goods.

And so the cycle closes, and we return to the pulleys which have been endlessly turning for centuries, pulleys without which all this commercial effort could have collapsed in a single flood. An ancient device without which Amsterdam’s narrow houses would have been a barrier to the country’s development and, perhaps, to that of the entire continent.