These drones have a special mission: saving the planet

Is it a bird? Is it a plane? No, and nor is it Superman. It’s a drone, and it’s here to stay. Unmanned aerial vehicles are no longer a thing of the future. They are part of our everyday life, having gained notoriety for delivering packages and spying on our neighbours, although they have a lot more to offer than that.

Drones and the environment – what do they have in common?

This technology has many possible applications, and new ideas for the future emerge every day. But we’re not going to talk here of whether a drone will be delivering your pepperoni pizza in 2021. Let’s leave predictions to one side and see what drones are already doing for our planet today. In fact, what they can do to save it.

The lungs of our planet

Every year, industry, agriculture, urbanisation and mining destroy over 26 billion trees, according to figures from the American Geophysical Union. This growing deforestation is associated with pests, hunger and crises, and directly affects many of man’s resources.

While the world debates how to protect the Earth’s forests, a few people are already getting down to work. Lauren Fletcher, a NASA engineer, is already replanting forests worldwide with his drones. The aim is to plant 36,000 seeds per day in difficult-to-reach areas where traditional methods cannot be applied.

His company, BioCarbon Engineering, has developed a system which analyses 3D map data in real time and which remotely pilots an army of drones laden with seeds. They claim that once working at full capacity, they will be able to plant up to a million trees per year. Which is the equivalent of a tenth of Spain’s forest cover. 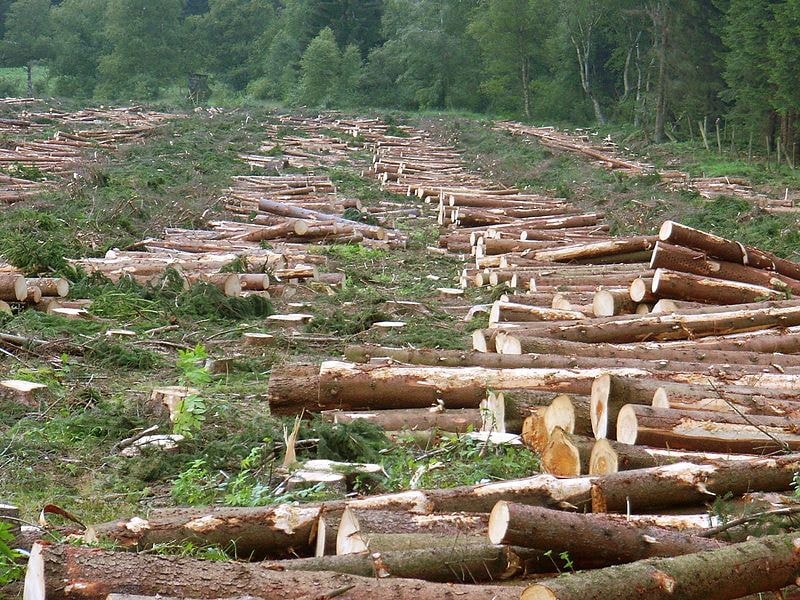 In the Iberian Peninsula, wildfires devastate thousands of hectares of forest every year. Prevention and rapid response are key to avoiding a repeat of years like 2012, where an area the size of the entire province of Biscay (Vizcaya) was burnt down. With this aim in mind, the Technical University of Madrid (UPM) has designed a system for automatically detecting forest fires using drone surveillance, a system which is catching on worldwide.

According to the Spanish researchers, the system is based on a series of algorithms which allow detection of the flames and smoke generated by forest fires, as well as the area affected and wind direction. The algorithms are highly accurate and require little computational capacity, allowing the issue to be tackled in real time through autonomous systems such as drones.

So what we have, in effect, is a continuous monitoring and early warning system to make fire-fighting more efficient. 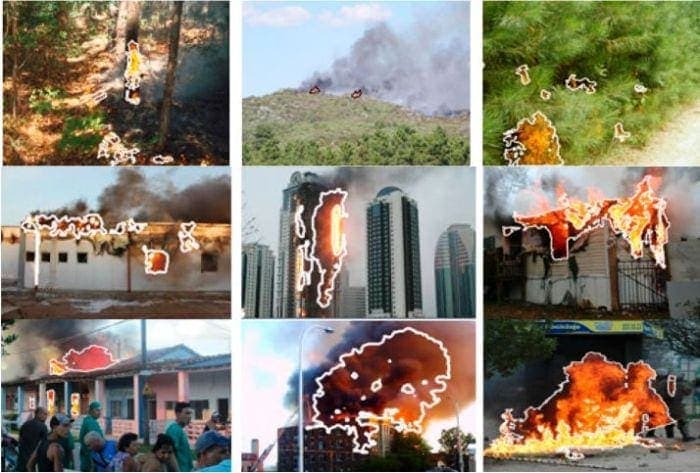 These two ongoing projects also allow us to distinguish between the various types of aerial drones and their uses. Those used by BioCarbon Engineering are multi-rotors, which allow for a high degree of precision but which at present still have a limited endurance. This is the type of drone most of us will think of: a system with several engines, each fitted with a rotor.

Drones used for surveillance projects, on the other hand, are usually fixed wing drones, almost like small aeroplanes. They can stay in the air for longer (some even work with combustion engines), but are less stable and less precise.

Protecting and saving the oceans

Though we may prefer action heroes, many times the solution to a problem lies in more run-of-the-mill, long-term action. With the aim of putting a stop to ocean pollution, drones are being increasingly used to monitor at-risk areas and collect reams of data.

Given that not all drones have to fly necessarily (at least, not according to their original definition), there are those that swim instead. In the port of Rotterdam, in Holland, two new prototypes of unmanned vehicles have taken to the seas since last September. AquasmartXL carries out continuous surveillance and inspection to check that everything is working smoothly, whilst the Waste Shark removes surface litter to avoid it going out to sea or blocking port collectors.

Though not quite at the pioneering level of the Dutch port, some companies in Spain are already offering real-time surveillance of the fuel tanks at docks. Using drones (yes, flying drones) equipped with infrared cameras, potential gas and oil leaks can be controlled.

In Murcia, a series of drones monitor potential changes in colour in the Mar Menor. Although in this case they have not been able to improve the condition of this much-mistreated lagoon in the Spanish Mediterranean, the control team claims that the drones will at least prevent the situation from getting worse.

Flocks, herds, packs and other groups of animals have a new ally in the drone. In the future, unmanned aerial vehicles will also control many of our planet’s wildlife populations.

Today, however, there are projects actually operating. One of the most significant is being carried out in Kenya. The Mara Elephant Project has at its core something which appears very simple: using the noise of the drone rotors to scare away the elephants. 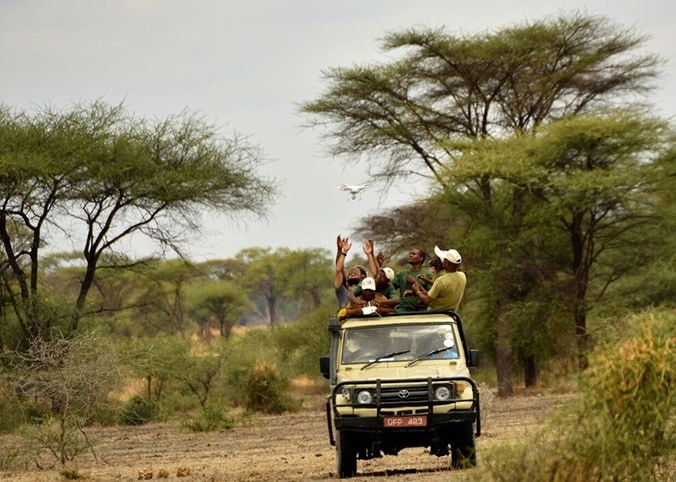 In this way, an army of drones is helping the scarce number of environmental guards there to protect the herds from poachers in search of ivory. When a group of such poachers is detected, whether with drone cameras or other means, the drones are sent in to scare the elephants away in the right direction. Thus saving their lives and their tusks.

Amongst the few projects being developed, there is one which aims to protect one of the Iberian peninsula’s most iconic animal: the Iberian lynx. For almost a year now, two companies are working together with the Local Government of Andalucía in the development of a drone which will allow effective monitoring of the radiofrequency collars with which many of these feline creatures are fitted. At present, surveillance is done manually and requires human interventions in areas which are usually hard to reach.

Up to now, we have seen drones applied for the safekeeping of specific elements of the planet’s ecosystem, such as forests, water or certain species. But when we talk of the environment, there are two words that stand out from the rest: climate change.

Climate research is possibly one of the pioneering fields in the use of drones for civilian purposes. Already towards the end of the 1990s, some US universities were using unmanned vehicles to measure the changes in the Arctic ice in places man couldn’t reach.

Although it may seem that not much time has elapsed, drones, and their capabilities, have significantly improved since then. Now considerably smaller, cheaper and more autonomous, these vehicles are today an essential feature in climate change research. Their many applications allow us to count animal populations, detect changes in seawater temperatures, or measure the thickness of the ice cap.

As do numerous climate research centres, the US National Oceanic and Atmospheric Administration (NOAA) works with drones to measure atmospheric events such as tropical storms and winter storms, and thus predict their behaviour in the future. 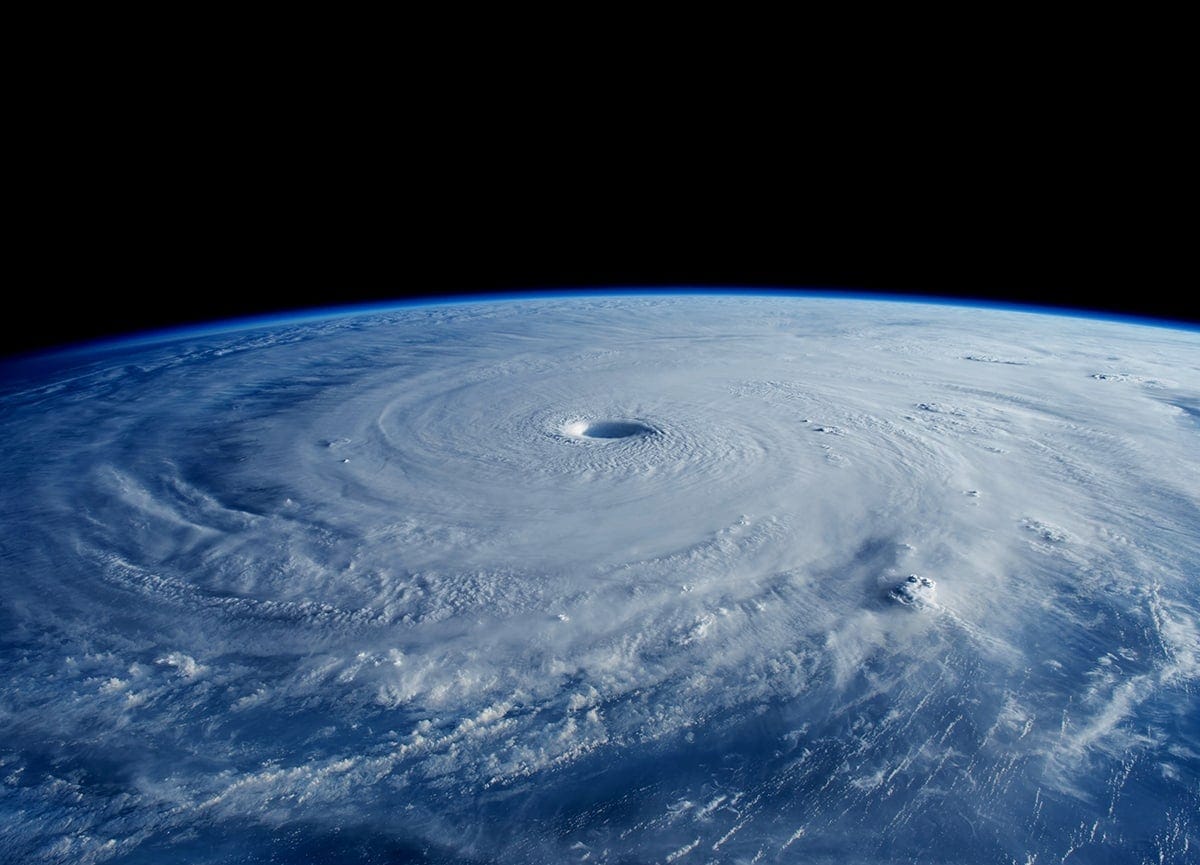 On an environmental level, drones have thousands of applications which the scientific community is only just beginning to uncover, but they all have the same essential aim: to protect the planet and the future of mankind.

Because of this, a large number of the projects associated with the climate and drones have something to do with humans, whether as the main cause or the main object of the consequences of climate change. The most paradigmatic case is the Philippines, one of the countries most affected by the temperature rise in our oceans, battered by an average of 20 violent typhoons per year.

The United Nations Food and Agriculture Organisation (FAO) this year started using drones in the archipelago for disaster risk reduction in the face of natural disasters.

Here again, data is key. Unmanned vehicles fly over the islands studying the landscape and identifying the areas most suited for planting protective vegetation, constructing dykes, or even detecting the best locations for building shelters for the population. Hopefully, the data collected will help to improve the efficient use of aquifers to better withstand times of drought. 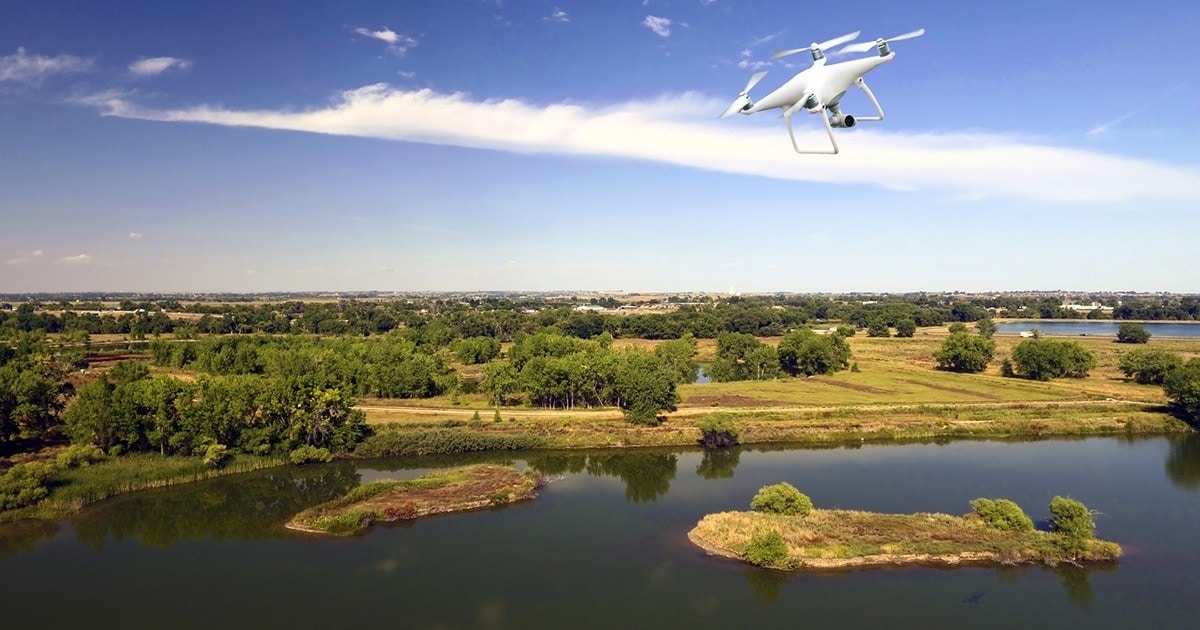 Drones already appeared in the futuristic Back to the Future saga, but not even Marty McFly could then have dreamed of the new possibilities that these unmanned vehicles would bring. Their mission: measuring, photographing, recording and monitoring the changes taking place on our planet. Helping us to improve our understanding in order to predict what is to come. Science, rather than science fiction.