From neonatal nurse to controlling the skies

Ferrovial is made up of more than 94,000 employees with highly diverse professional backgrounds; we want you to know the people behind the different business units: construction, highways, airports and services.

Are you someone who could not stop looking at airplanes when you were a child? Did you ask yourself how they would take off and land? Did you dream about guiding them from a control tower? If you answered yes to these three questions, you should read the interview with Lesly Iglesias Muiño, Chief of the Sabadell airport tower, air traffic controller and partner of the Ferronats subsidiary, the company dedicated to air traffic management. She left her previous job as a nurse in the neonatal intensive care unit to train in what she had always been passionate about: the world of aviation. 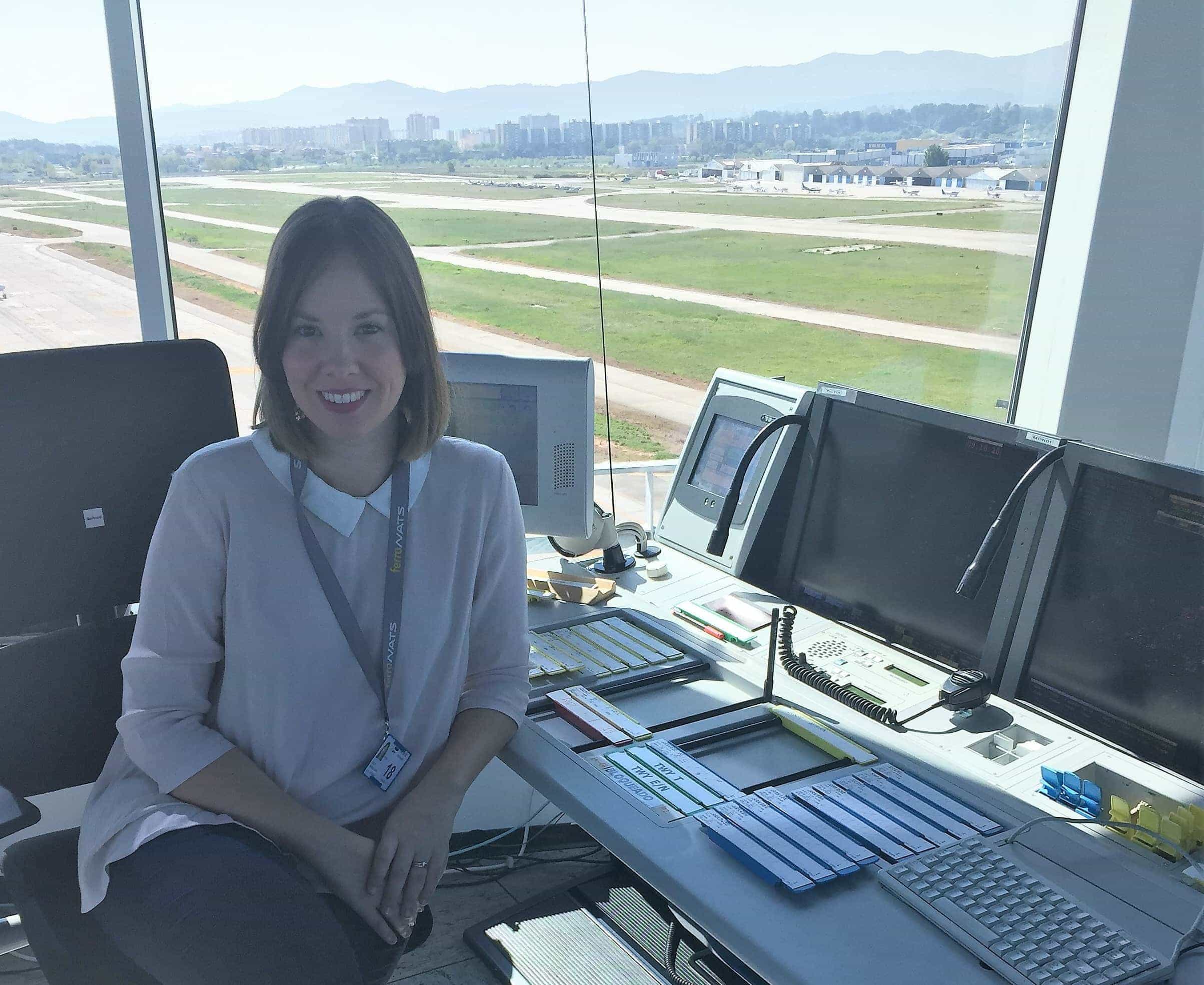 From La Coruña, although I grew up in Palma de Mallorca.

I work for Ferrovial Services – FerroNATS.

I am currently the director of the Sabadell airport control tower. In addition to controlling this airport’s air traffic, I manage the team of air traffic controllers who work at this tower.

Five years in both cases, since my first experience as an air traffic controller was at FerroNATS.

I work directing the airplanes, telling them where they have to go so that they fly safely and reach their destinations on time.

Yes, always. I have been interested in the world of aviation since childhood. I was quite struck by how many flights were organized going from one place to another and would arrive safely and on time at their destinations. Since working as an air traffic controller, I can say clearly that it has been a career full of passion, not monotonous at all and it is a daily challenge for those of us doing it.

The way to get into this career has changed a lot recently, and it is not necessary to have a previous educational path. In my case, I worked as a nurse in a neonatal ICU for five years until I became motivated to take the leap and I attended the initial air traffic controller training at SENASA. Later, I started out at Madrid – Cuatro Vientos within FerroNATS where, in addition to developing my skills in the world of air traffic control, I carried out additional roles as Instructor, Evaluator and Supervisor until I finally moved to Sabadell to work as Tower Director.

I usually get to work first thing in the morning. I participate in the daily coordination meeting with the airport members, where we review incidences from the previous day and actions planned for that day. Then I prepare to “get into the rhythm”. This is basically picking up my headphones and starting to control the planes, both on land and in the air. Under the conditions established by our control tower, and according to the law, we can control the skies for a maximum of two hours and then we are forced to rest for at least half an hour, after which we are ready to control again.

How creative and dynamic it is. 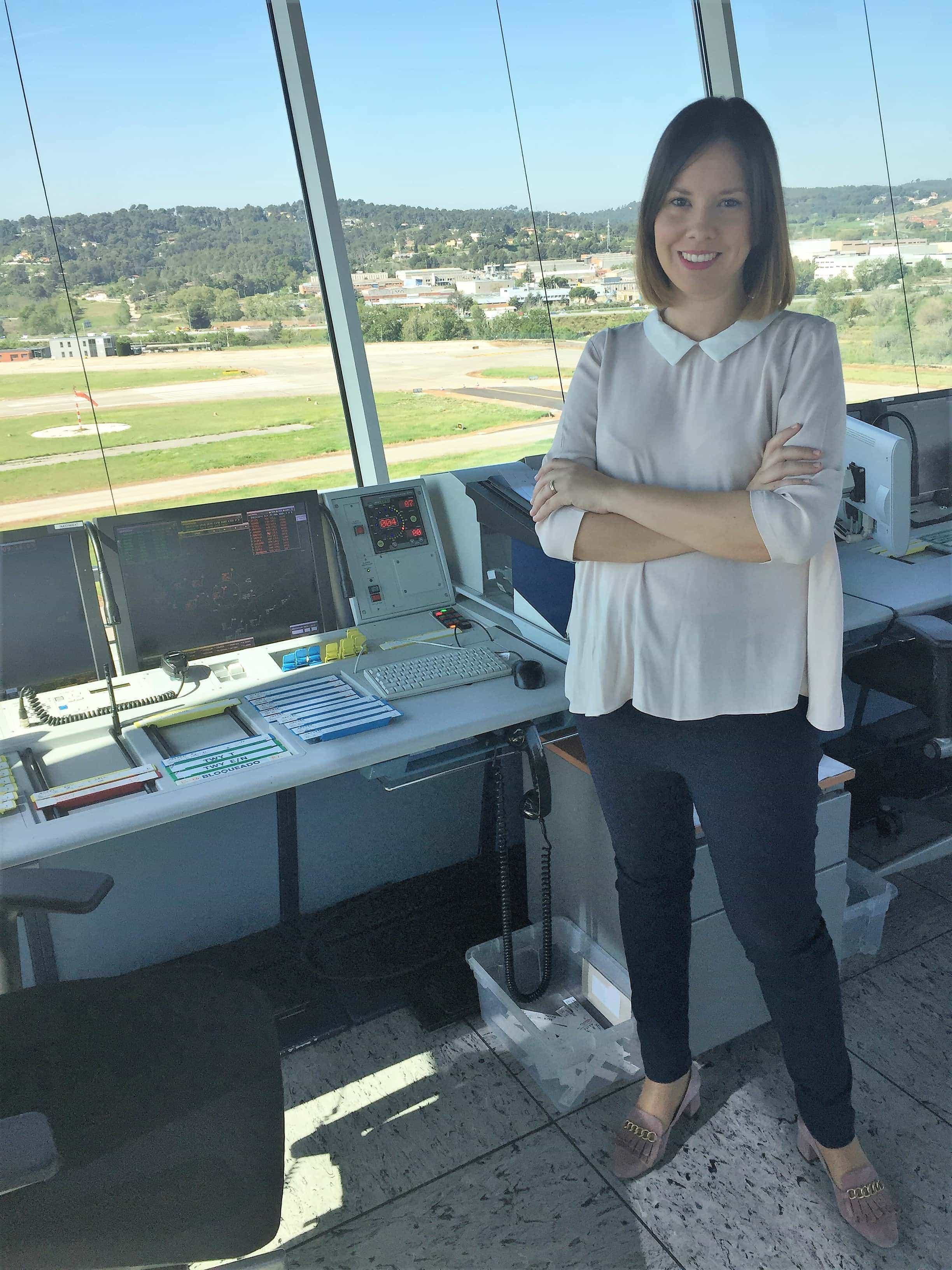 The possibility of belonging to an entity as powerful as Ferrovial and having at my disposal all the resources that this implies.

I would encourage them to commit to what makes them happy, passionate and that every day motivates them to be better both professionally and personally, and enjoy what they do. If they are passionate about air traffic control, they should definitely do the training, because it is a profession that needs committed and passionate professionals.

Above all, have a very good level of English and be very perseverant. Do not put up walls and consider all possible options.