How your car is becoming your next office

Over the course of the last 120 years we have seen the evolution and development of four “screens” that have completely changed the way we are informed and entertained. The four screens I’m talking about are: movies, television, the personal computer, and the modern day smartphone. Society’s recognition of the significance of these innovations has created the race for the “fifth screen”, which many believe to be the connected car. 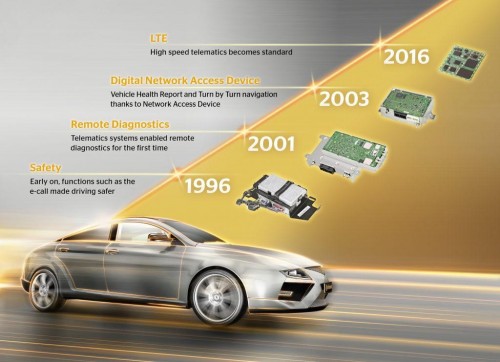 The goal of modern day connected cars is to provide the driver with simplistic interconnectivity between various infotainment, safety, diagnostic and navigation platforms. Bluetooth and GPS systems are great examples of infotainment and navigation features that are becoming increasingly common and easier to use in cars today. However, the ultimate goal for many of these “fifth screen” pursuers is to create a fully connected car that is also autonomous, or self driving. There are currently 44 corporations working on autonomous vehicles ranging from traditional car manufacturers, like Toyota and BMW, to tech companies, like Apple and Samsung. With so many global, leading corporates trying to develop this technology it’s no surprise that what was once considered fantasy will soon become reality.

The good, the bad, and the funny

The mass production of autonomous cars, and a subsequent production of interconnected networks for those cars, will enhance many individual and societal benefits that connected cars are currently trying to provide. For example, a self driving car might allow you to focus solely on replying to an important work email instead of trying to dangerously reply while driving. Considering some experts believe that 90% of all accidents are caused by human error, self driving cars will drastically reduce the number of accidents on the road. We can already see an application of this technology in the London Heathrow Airport where the airport is using self driving vehicles, called pods, to bring travelers to and from the terminal.

Safety features of a theorized self driving car- pinterest

The benefits and plausable applications of autonomous vehicles can seem endless at times, but it’s also important to consider the risks involved. In order to avoid a fate similar to that of Jared’s (skip to 1:00) in the television comedy Silicon Valley, the producers of autonomous cars and the producers of their software must treat cybersecurity as a top priority. A breach of an autonomous car’s network could prove to be far more catastrophic than the lighthearted scenario provided in Silicon Valley. The recent international cyberattack is proof of what can go wrong due to humanity’s push towards interconnectivity. Therefore, society must be willing to trust this new and exciting technology before it’s implemented worldwide.

Financial impact and challenges of an autonomous car society

By some estimates, it is expected that there will be 10 million self driving cars on the road by 2020 indicating that there are some parts of society willing to trust this technology despite opposition from other parts. Linked with the reduction of accidents caused by human error is the reduction of healthcare insurance costs associated with those accidents. $18 billion in annual healthcare costs are expected to be saved from hospital visits related to motor vehicle accidents. These accidents, accompanied by traffic stops and DUIs, on average account for 42% of police contacts which would mean that police and emergency service costs will drastically reduce. However, while you’re working in your in car office others will be out of work. Taxi and Uber drivers alike are quickly becoming the main resistance to autonomous car technology because they believe these self driving cars will put them out of their jobs. This might one day be true but some expert believe this will be a gradual shift rather than a sudden one. This is a “problem” we have faced throughout human history; while some jobs may be lost due to a technological advancement others will be created in their place. 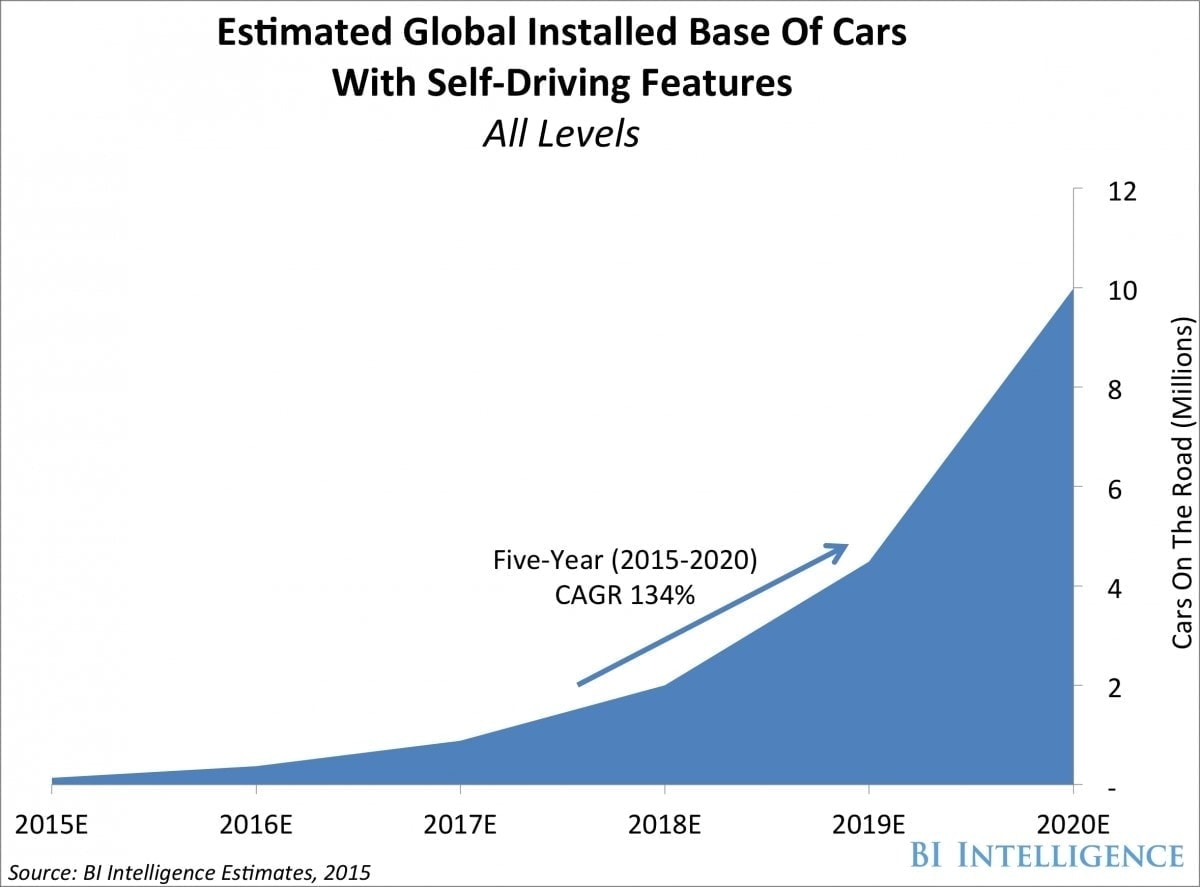 Estimated Global Installed Base of Cars with Self Driving Features- BI Intelligence Estimates, 2015

The evolution of the autonomous car in Europe

To help create a connected, and ultimately autonomous, car society Ferrovial Services, in collaboration with the Energy and Facility Management Centre of Excellence, the Directorate of Innovation and Processes (DIP), and the Centre of Innovation of Smart Infrastructure (CI3),  is participating in the Horizon 2020 project nicknamed IMPACT Connected Car. This project aims to find and fund emerging 60 SMEs in six verticals: mobile, automotive, electronics, ICT, services and infrastructure.  With guidance from established companies in those same verticals the SMEs that are ultimately chosen to be funded are hoping to become world leading innovators in their respective areas over the next few decades.

Ferrovial Services has been chosen as the leading corporate for the Infrastructure Domain of the project. This role calls upon Ferrovial Services to participate in the definition of industrial challenges for the connected car, 2 Open Call disseminations, and the overall evaluation and selection process of 60 SMEs. As the world is making its transition from a physical world to a digital world, Ferrovial will help to lead the way in areas of e-services and communication infrastructure propelling us towards the fifth screen and towards your personal in car office.