Megatunnels I: How to excavate the earth

Man has spent tens of thousands of years trying to change the planet at will, to greater or lesser success. Hollowing out earth and rock, initially for mining purposes and later on for building roads and communication links, was one of the first engineering feats in history, almost akin to the invention of the wheel or the discovery of fire. However, much has changed since the engineer Eupalinos built what is considered to be one of the first tunnels in history – an underground passage over a kilometre in length on the Greek island of Samos – in the 6th century B.C. Today, technical and technological developments allow us to talk of tunnels which cross the seas, such as the 50 km-long English Channel, or join continents, such as the tunnel of Marmaray, in Istanbul. But just how do you go about building such massive projects? Engineer Juan Carlos Guerra Torralbo, Head of Geotechnical Projects at Ferrovial Agroman, promises no easy facts, but does provide a lot of answers in his recently published Manual de procedimientos constructivos de túneles (Manual on tunnel construction processes). This is how tunnels are built, whether megatunnels or otherwise. 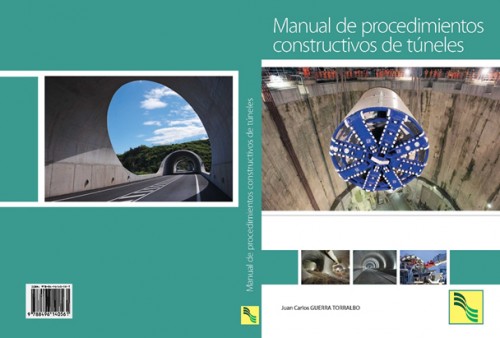 What is the Geological evaluation?

The first step is – or should be – compiling as detailed a report as possible regarding the ground where the tunnel will be built, from both a geological (materials and structure) and a geotechnical (how the affected materials will react to tunnelling) perspective. “In order to construct appropriate models, both field and laboratory work is required, including geological mapping, mechanical surveys of the route to be followed by the tunnel, geophysical tests to determine what the surface is like, and laboratory trials on samples selected on site,” explains Juan Carlos Guerra Torralbo. “Then all the data collected must be interpreted and analysed, in order to build geological and geotechnical models of the tunnel.” However, as every good scientist knows, engineers behind projects like these are never satisfied with the amount of data collected and can never be 100% sure that they know all there is to know about the ground. So, in addition to science, building tunnels involves a bit of art. And a lot of prior experience.

How is the route design phase?

“It is rare that an opinion can be voiced, from a tunnelling point of view, at the route design phase of the project. Routes are usually chosen and decided on based on other criteria”, says Guerra Torralbo. And here is where art steps in. “The chosen route usually has to be accepted, and then the most appropriate construction solution must be applied to ensure success.” There are many factors which may make complying with the chosen route more complicated, nonetheless there are two elements which may really put the whole project at risk: unexpected presence of water or gas. “The presence of large volumes of water at the tunnel mouth can cause instability, risk of collapse, landslides…” the engineer points out. Classical building methods, where workers directly access the tunnel opening, are the best way of solving this problem. The presence of large tunnel boring machines (TBMs) in such cases is an added problem. “Generally, such complications must be detected and solved before large volumes of water can get into the tunnel,” he adds. 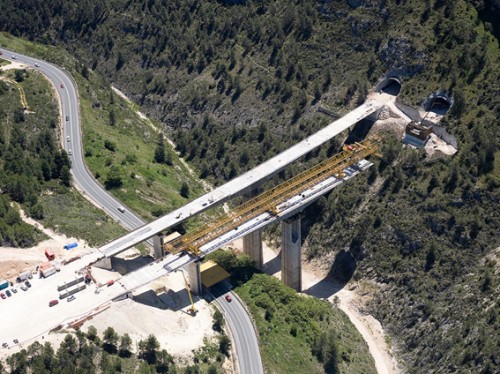 Gas, for its part, whether flammable or not, may put health and safety at risk in the tunnel, and regulations are becoming increasingly stringent. “Construction of the Abdalajís tunnels (which are over 7 km long) on the Córdoba-Málaga high-speed rail link required boring through complex geological formations, and excavation works were affected by the presence of methane, something which had apparently not been foreseen at the project stage”, explains Guerra Torralbo. The real problem arose when the TBMs, which were fitted with gas detectors, stopped as soon as the concentrations of gas went over a certain threshold. “This was at odds with existing recommendations when boring through soft soils, which specifically recommend not stopping the machines in order to get through such areas as quickly as possible.”

How are supports and lining?

The design of supports and linings depends on the construction method chosen for building the tunnel, as well as on a knowledge of the ground. While support is critical for maintaining the infrastructure, the use of certain linings is sometimes called into question, as this can be influenced by other factors, such as reasons of aesthetics or aerodynamics (for example in high-speed rail lines). However, some terrains also make linings essential. “A different approach must be taken in areas of expansive terrain, where changes in humidity make the ground expand and exert pressure on the lining,” explains Guerra Torralbo. “In such cases, strongly armoured lining sections must be used.” 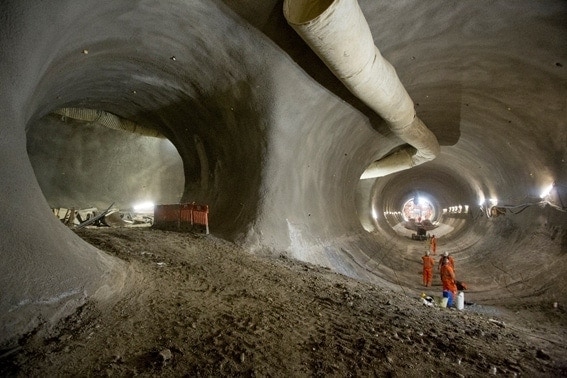 In a world where technological advances seem to dominate everything, it may appear surprising that some methods of tunnel boring have barely changed over the past 200 years. These are the so-called classical methods, still frequently used in urban settings, of which the Belgian or German methods are some examples. Such methods, which involve workers digging with picks and shovels, “require teams of highly qualified and experienced persons. Today, when the trend is for such traditional occupations to disappear as a result of mechanisation, specialist tunnel borers have to be trained by the actual construction companies”, says Guerra Torralbo. And how is it possible that such tunnelling artists survive in today’s day and age? The reason is that, contrary to what might be expected, they are competitive regarding costs. “When you commission a TBM, 12 to 15 months may go by before it is assembled and ready to go. In that time, between 800 to 900 metres of tunnel can be bored using classical methods.” Which means that for shorter tunnels it is not cost efficient to use a TBM if the ground to be bored (preferably soft soils) allows for manual labour. 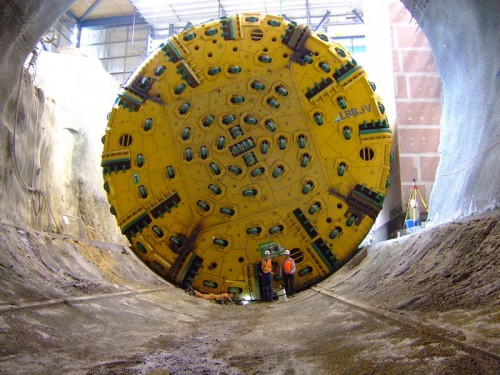 A tunnel boring machine (TBM) is not just any machine. Dulcinea, the TBM used for boring Madrid’s M30 ring road by-pass, weighs 4,367 tonnes and is 107 m long. Which means that when deciding to buy or rent one of these machines, a large number of criteria must be taken into account.

The art of experience

It is impossible to summarise a manual of 500-plus pages, in itself already rather condensed, in just one article. Many issues have gone unmentioned, such as the all-important mouth of the tunnel, where construction begins, or the systems used for monitoring excavation, known as auscultation. But even more difficult to reflect in an article are Juan Carlos Guerra Torralbo´s 28 years of experience in the building of tunnels. An experience he himself has tried to condense in his Manual de procedimientos constructivos de túneles, driven by the desire to share his knowledge. “Not everything can be found in the Manual. It is no magic balsam of Fierabrás for soothing Don Quixote’s ailments,” says the engineer. “Empirical rules and recommendations for selecting the most appropriate construction method for a tunnel should never supplant engineering criteria, or indeed professional experience.” It may well be essential to have a sound knowledge of the theory involved, but, as Guerra Torralbo said at the start, there is also a bit of art involved in the building of tunnels. “Years of experience have taught me to be wary of miracle methods where problems solve themselves, to recall what has worked on previous occasions for similar tunnels, to consider different options within the wide range of methods available on the market and, above all, to allow changes in the method used if they are properly justified.”
Construction Human resources Infrastructures People and team Roadworks Sustainability Works