Archimedes or the challenge of building a floating underwater tunnel

From the moment man’s ancestors stood on two feet, transportation has been a central issue for humans. The domestication of animals, the invention of the wheel, the first roads… communications improved, but the planet’s geography insisted on taking centre stage.

The first bridges and tunnels marked a turning point in land transport. And with the advent of steam and combustion engines, they became indispensable. No more mountains to be travelled around, no more rivers to be waded. However, the planet’s most marked physical features continue to create many a headache for engineers. And now, in Norway, a new infrastructure which could change the relationship between land and sea is about to be trialled.

What is the Archimedes’ tunnel-bridge?

Is it a tunnel, is it a bridge? Rather, it is a submerged floating tube bridge or SFTB, based on a principle of physics described over 2,000 years ago. Also called Archimedes’ bridge, the infrastructure designed by Norwegian engineers is based on the thinking of this scientist from Syracuse and brings together the best in bridges with the best in tunnels. 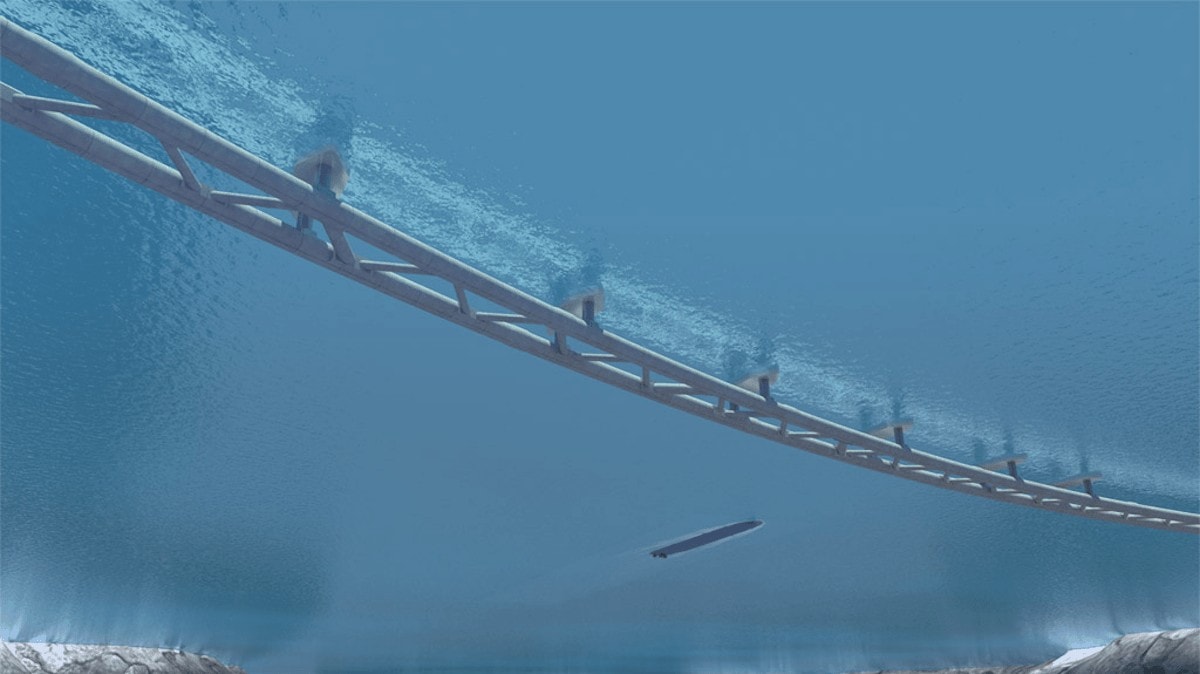 Archimedes supposedly cried Eureka! on realising that, when he eased himself into the bath, the same volume of water was displaced. Although not much is known about his life, the story of the bath has served to illustrate Archimedes’ principle that “a body immersed in a fluid, whether fully or partially submerged, experiences an upward buoyant force equal to the weight of the fluid it displaces”.

One of the projects for upgrading Norway’s E39 motorway is based on this two-thousand-year-old idea. Or rather, on the idea of buoyancy derived from Archimedes’ principle. Basically, if an object weighs less that the weight of the water it displaces, the said object will float. And this concept is key for submerged floating tunnels, which must float above most of the body of water, but still remain submerged

Why does Norway need to build the submerged floating tube bridge (SFTB)?

The steam train reached Norway in the mid-19th century, around the 1850s. As was the case in most of Europe, which revolved around industry and mechanisation, the country embarked upon more than five decades of track construction to connect its complicated geography. Freezing temperatures were endured, and steep mountains and adverse weather conditions overcome to connect the country. But the fjords resisted and could not be conquered.

As is the case in other regions with similar physical characteristics, such as, for example, the sea inlets in the northwest of Spain, the geography of a fjord means that a trip of less than an hour by boat becomes twice or even three times as long in extreme cases when travelling by road.

The E39 motorway currently runs along the Norwegian coast between Kristiansand and Trondheim for 1,100 km. Travelling the whole stretch involves taking seven different ferries to cross seven fjords. The result: a trip taking 21 hours. Archimedes’ bridge or SFTB and other innovative projects aim to reduce journey times by half.

How will be the norwegian submerged floating tube bridge built?

When you imagine a structure of this type with no knowledge of engineering, two questions immediately come to mind: How do you get the tube to become submerged without sinking? And how can you keep it from moving so that driving inside it is a comfortable experience? Especially considering that it will be located in Norway’s Atlantic coast. And here’s where we go back to Archimedes, buoyancy and the balance of forces.

The STFB projected for the fjords of Boknafjorden and Kvitsøyfjorden will comprise two concrete tubes (one for each direction of travel) of 26 km in length, both connected to each other. The tubes will be built on land, where they will be fully sealed before being launched into the sea. 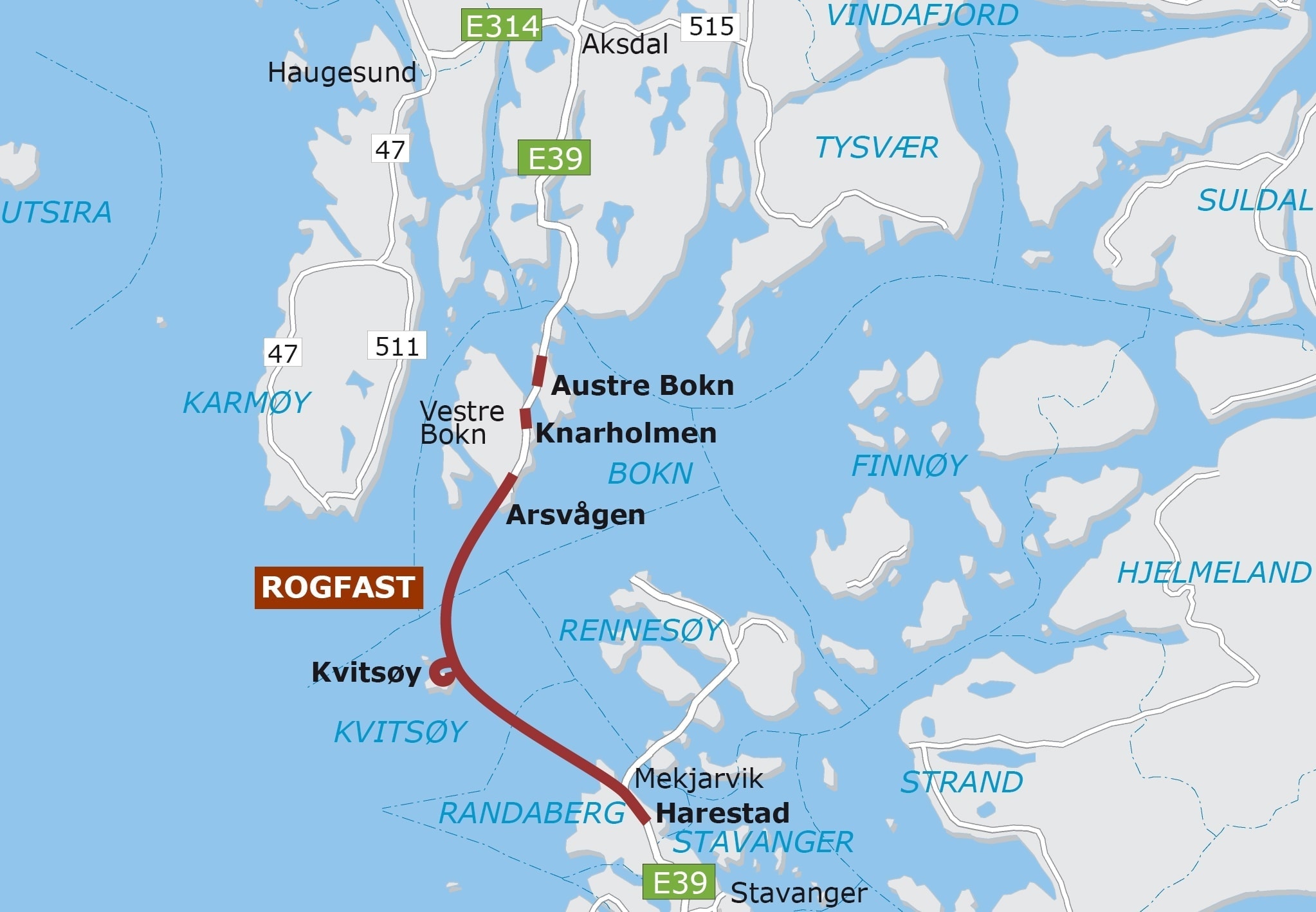 As for stability, the floating tunnel will be sunk to a depth of 30 metres (about 100 feet) so that it does not interfere with shipping on the surface. At such depth, it will not be affected by adverse meteorological conditions, even this close to the arctic circle.

Nevertheless, the project envisages that both tubes, which will be connected to each other, will be anchored to the ocean floor and secured to a series of floating platforms or pontoons. The idea is that the tunnel will be completely immobile to ensure safety of traffic inside. With more than 500 metres of Atlantic Ocean below the tunnel to the fjord’s seabed.

“Knowledge of the environment is very important, so in addition to our detailed simulation, we have started a campaign for measuring windspeed, current, bedrock geology, etc., so that we can accurately compare our model to the real-world environmental loads”, explains Arianna Minoretti, from  the Statens Vegvesen, Norway’s public roads administration, in a recent interview for Forbes.

What security systems will the STFB floating tunnel in Norway have?

Leaving claustrophobia aside, every precaution must be taken when crossing a tunnel. Any minor accident occurring on a normal road could quickly turn into a catastrophe when under a mountain. And all the more so if there is a column of 30,000 litres of water lying above each square metre of road. 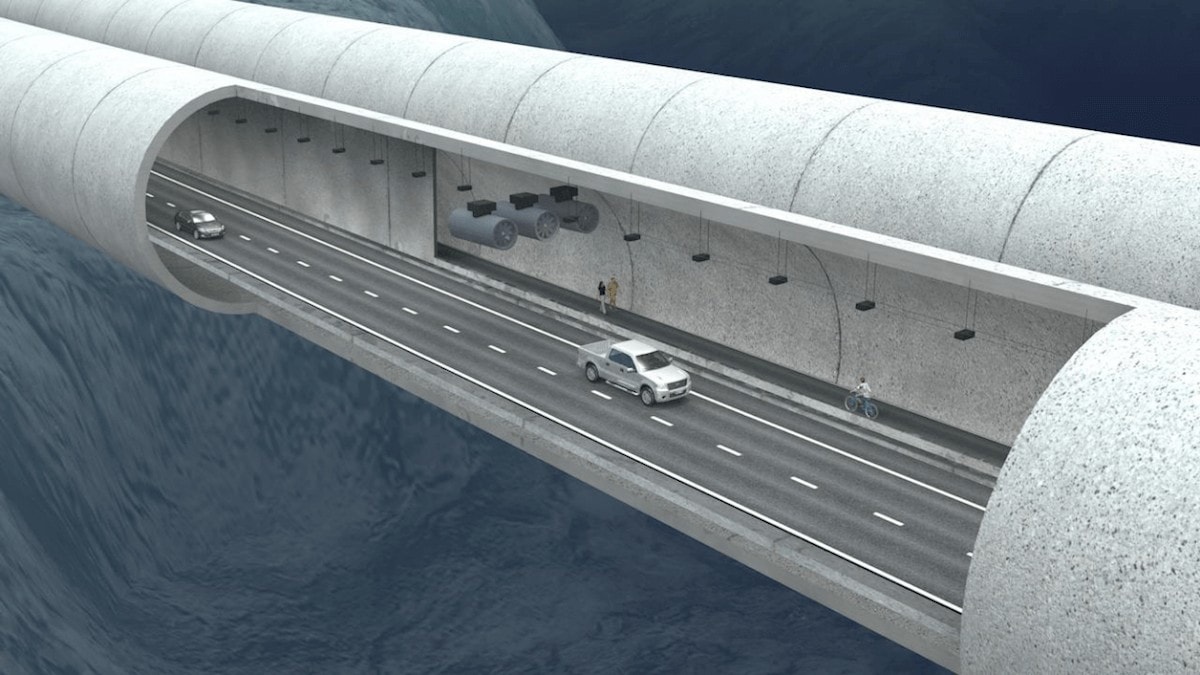 Norway already has experience in underwater tunnels, having built a few on the ocean bed, though none of these is a floating tunnel. The longest, the Karmøy tunnel spanning almost nine kilometres, was opened in 2013 also as part of the E39.

According to the Statens Vegvesen, the fact that cars travelling in opposite directions will do so in separate tubes greatly reduces the risk of collision. Moreover, gradients within the tunnel will be kept below 5% to avoid excessive heating of brakes (especially for lorries). Finally, the two tubes will be connected every 250 metres so that, in the event of an accident, drivers and passengers will be able to access an escape route.

For the time being, the Norwegian roads administration is still researching the feasibility of this and other projects to make the E39 road ferry-free by 2034. If chosen, the project for the first floating submerged tunnel in the world will start to become a reality towards the end of this year, ancient Greece will continue to teach us lessons, and engineering will have overcome yet another barrier.