How emergency teams prepare for an accident in a motorway tunnel

A bus carrying 25 passengers and a private vehicle with several people have suffered a serious accident in a motorway tunnel. Few situations are more dangerous than this: there are people involved, smoke, poor visibility and confusion. The emergency services receive the first call within minutes.

What happens next? Emergency protocol E2-FUE-02 (Fire in vehicle) is activated. Shortly afterwards the fire brigade arrives, and just half an hour later all the people affected have been evacuated and the situation is under control. It was a drill, all the parties involved (tunnel control centre, a team of First Responders, fire brigade, 112 emergency service, Civil Guard, rescue teams and authorities) have acted in accordance with a perfectly defined protocol which ensures that all of these services and the large number of specialists and technical systems involved work like clockwork. 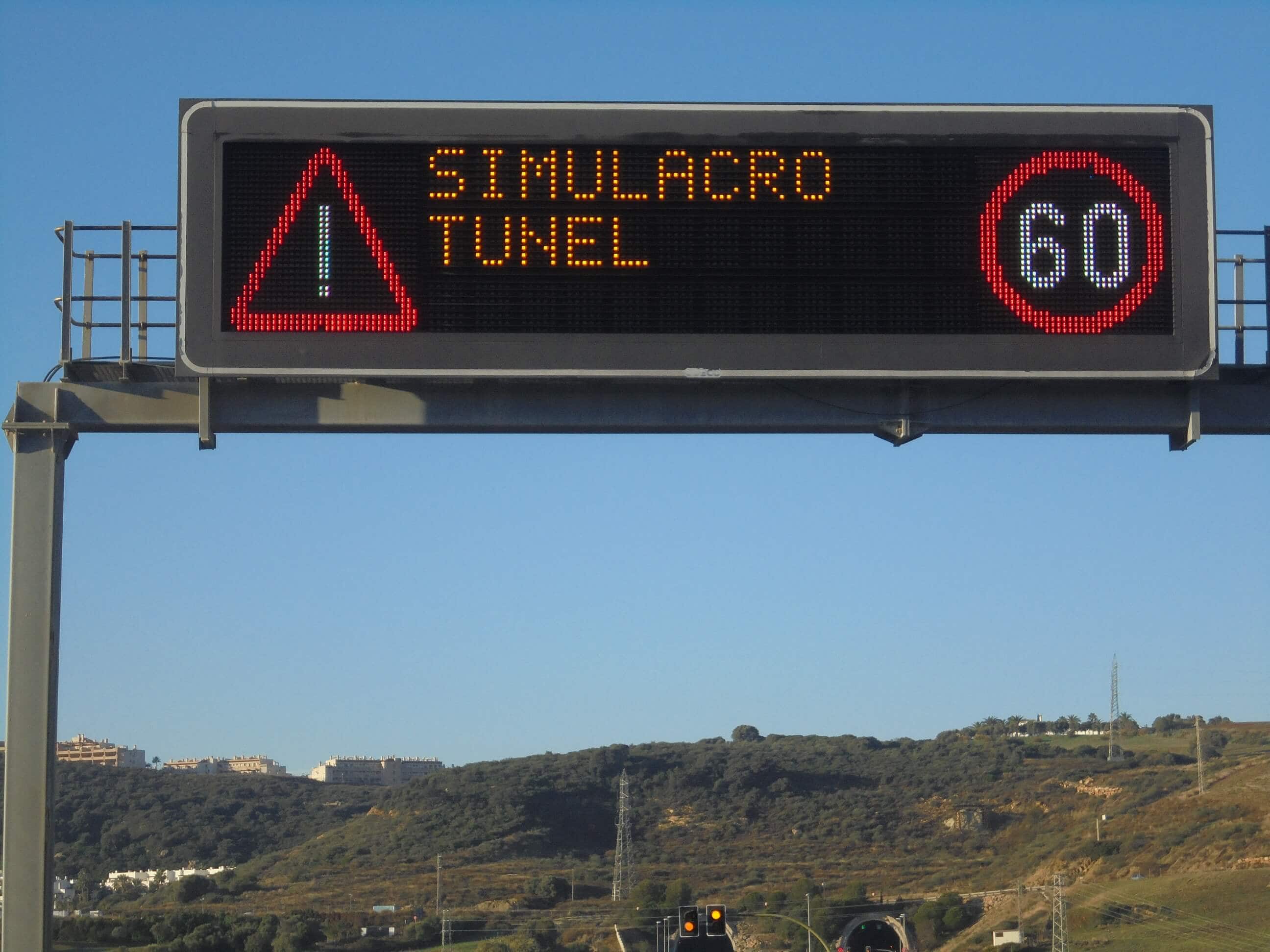 The drill took place in the Casares Tunnel last November. This tunnel on the Autopista del Sol a motorway managed by Cintra is located between Estepona and Guadiaro, in the province of Mlaga. Its construction finished in 2002. The tunnel itself runs for more than a kilometre, with a double tube design, a maximum height of 10.05 metres and two lanes in each direction. Some 15,500 vehicles travel through it every day, of which approximately 1% are heavy vehicles transporting dangerous goods.

Operation of tunnels of this type requires the drawing up of a plan covering every possible incident (vehicle breakdowns, accidents, fire, filtrations, etc.), including the corresponding response protocols. Longer tunnels generally have auxiliary service galleries; the Casares Tunnel has two technical control rooms from which to supervise all of the tunnels safety equipment. Knowing all this makes it possible to identify risks and develop appropriate responses. The ultimate aim is to ensure that users are as safe within the tunnel as when they travel out in the open along the rest of the motorway.

Emergency plans define a coordinated response between the various emergency services, with a view to ensuring that actions are clear and efficient, with the capacity to provide a fast response 24 hours a day, 365 days a year, access to databases and evacuation of the tunnel.

The tunnel has its own safety systems, such as ventilation, lighting, CO detectors, SOS posts, emergency exits, linear fire detection, public speaker systems, more than ten cameras (and the same number of external cameras) in each tube, all connected through optic fibre. There are also several groups of traffic lights, both within and outside the tunnel, as well as information panels with traffic indications and speed limits. All of these systems are controlled from a central unit and backed up by a stand-alone electricity generator for the event of a power cut. 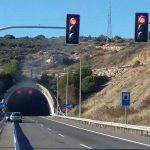 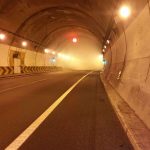 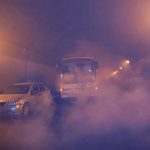 Action protocols include those for managing three possible types of emergency, classified green, yellow or red depending on the seriousness of the situation: pre-emergency, level 1 emergency and level 2 emergency. Pre-emergency comprises minor problems such as adverse weather, stopped vehicles or traffic jams. Water filtrations, minor crashes and other minor accidents are considered Level 1 emergencies. Level 2 is the most serious level, and includes floods, structural damage, accidents with victims or fire. Each situation has its own identification code to avoid errors in communications.

Protocols include a step-by-step guide on the management of every possible incident. This ranges from warnings and immediate action (checking cameras, providing stronger lighting, placing signs) to activating plans such as tunnel evacuations or instructing the emergency services to act. A traffic management plan is also activated, which normally involves temporarily closing access to the tunnel and diverting traffic to other alternative routes. Once the emergency is resolved, signing and lighting returns to normal, and a record of the incident is kept on video.

Practice to be better prepared

Drills can have different aims, one of which is to check that everything works according to plan. They are also used to train new teams, improve knowledge of a particular location, and fine-tune existing action protocols. The Casares tunnel drill involved 30 firemen and staff from the Autopista del Sol concessionary company.

It should come as no surprise that the process which brought about the November drill began months earlier with coordination meetings between the fire brigade, the Civil Guard, 112 Emergency Service and the Andaluca Emergencies Group (GREA). Not least because designing a drill is also complicated: the crash vehicles have to be prepared, smoke machines provided to make the situation more realistic, and more than 20 extras arranged. 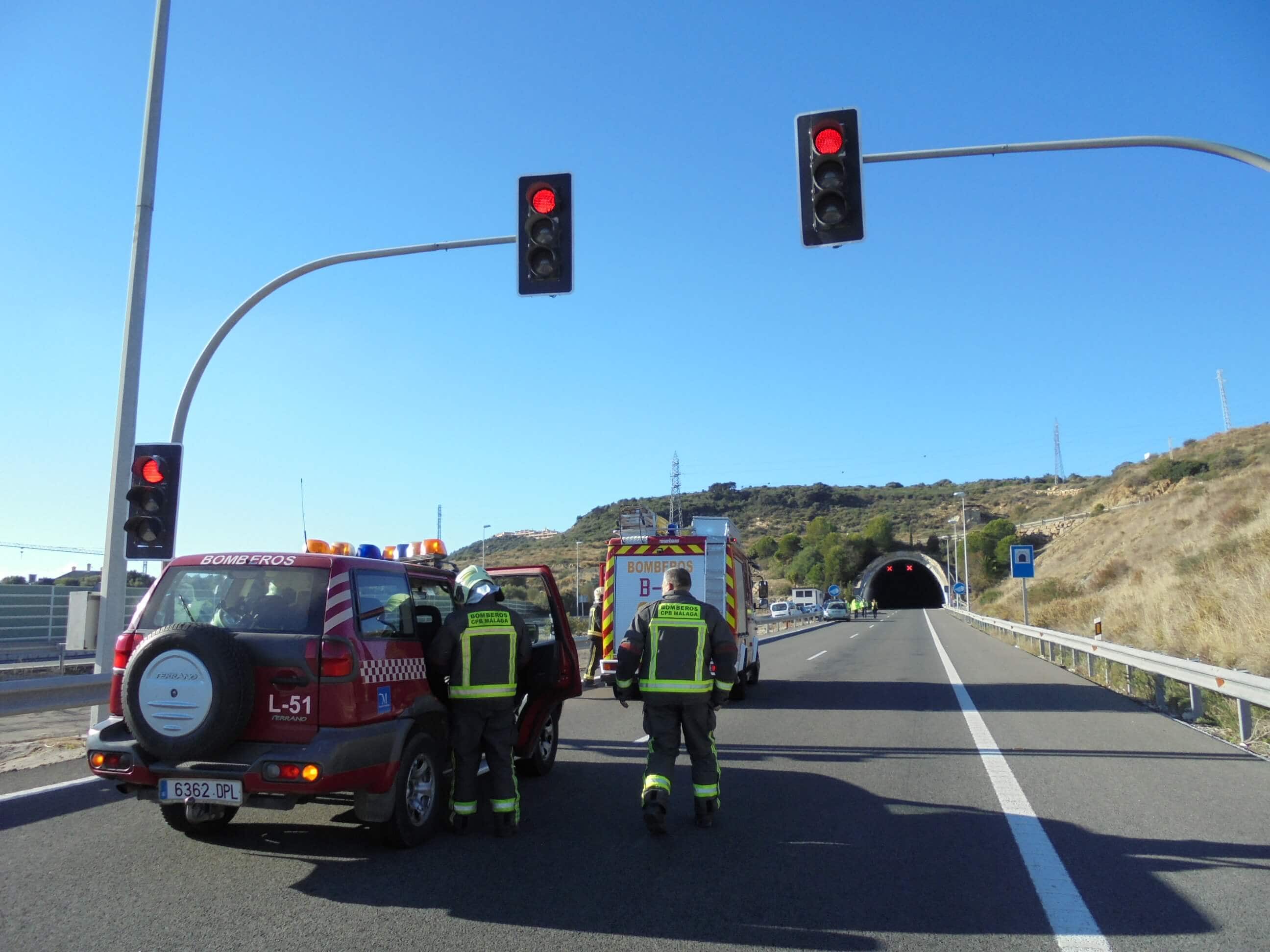 On the day of the drill itself, an hour was required to set it up, starting at 9 a.m.: traffic was diverted, vehicles were put in place with the extras inside them, and the tunnel was filled with smoke. With everything ready, the emergency was detected by the Control Centre at 10:03 am.

A warning was immediately issued to the emergency services as per the protocol, activating code E2-FUE-02 (Fire in vehicle). Ten minutes later, the first measures had been taken (closing of the tunnel and activation of the plan for diverting traffic from the motorway), and up-to-date information sent to the fire services, which arrived at 10:20, a little over 15 minutes after the emergency was detected.

The fire brigade took 10 minutes to assess the situation, an exercise which is critical for going into action. They then went about the necessary steps of putting out the fire, rescue and evacuation and, at 10:39, all operations were declared complete. In total, 36 minutes had passed since the incident was first detected. The drill concluded an hour later, and information, data and feedback on various aspects of the drill were subsequently shared at a meeting attended by all intervention teams. 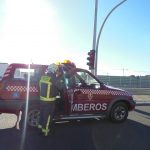 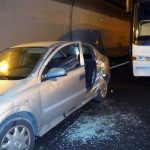 Videos and photographs show key moments of the drill, including action by the fire brigade and flow diagrams of protocols and action plans. With five fire engines, two Civil Guard teams and dozens of extras, everything went as planned. Including the nice dents on the accident vehicles. The drill served as evidence that the Casares Tunnel on the Autopista del Sol motorway has effective systems and protocols in place that allow any incident to be efficiently identified and managed.