Waternet, the Internet of pipes

We are slowly changing the way we think about water. From a scarce resource to a valuable resource. Because water isn’t scarce. What’s more, we live on the planet of water. It’s in rivers, seas, the polar ice caps and the atmosphere, as well as in all living things.

However, bad practice in the way we look after it has resulted in water not always being available for consumption, or in it being polluted. Which poses a danger both for us and for all the ecosystems on Earth, upon which we depend.

Closing the tap while brushing our teeth, having short showers or eating more vegetables are practices which reduce our individual water usage. But what happens at city level? How is water controlled so that not a drop of this precious element is lost? Read on to learn about Waternet, the Internet of pipes, the smart city solution to save water.

Water is a valuable resource

As we said at the start of this article, water is a valuable resource. Clean drinking water isn’t just a basic requirement for human life. It’s a requirement for life as we know it. All animals, plants and fungi use water to stay healthy and alive.

According to the World Health Organization, we have made great progress in taking water to those who need it. In only 25 years (from 1990 to 2015), 2.6 billion people throughout the world have gained access to drinking water. The world population with access to an improved water source has increased from 76% to 91%. It’s an unprecedented achievement in world engineering. 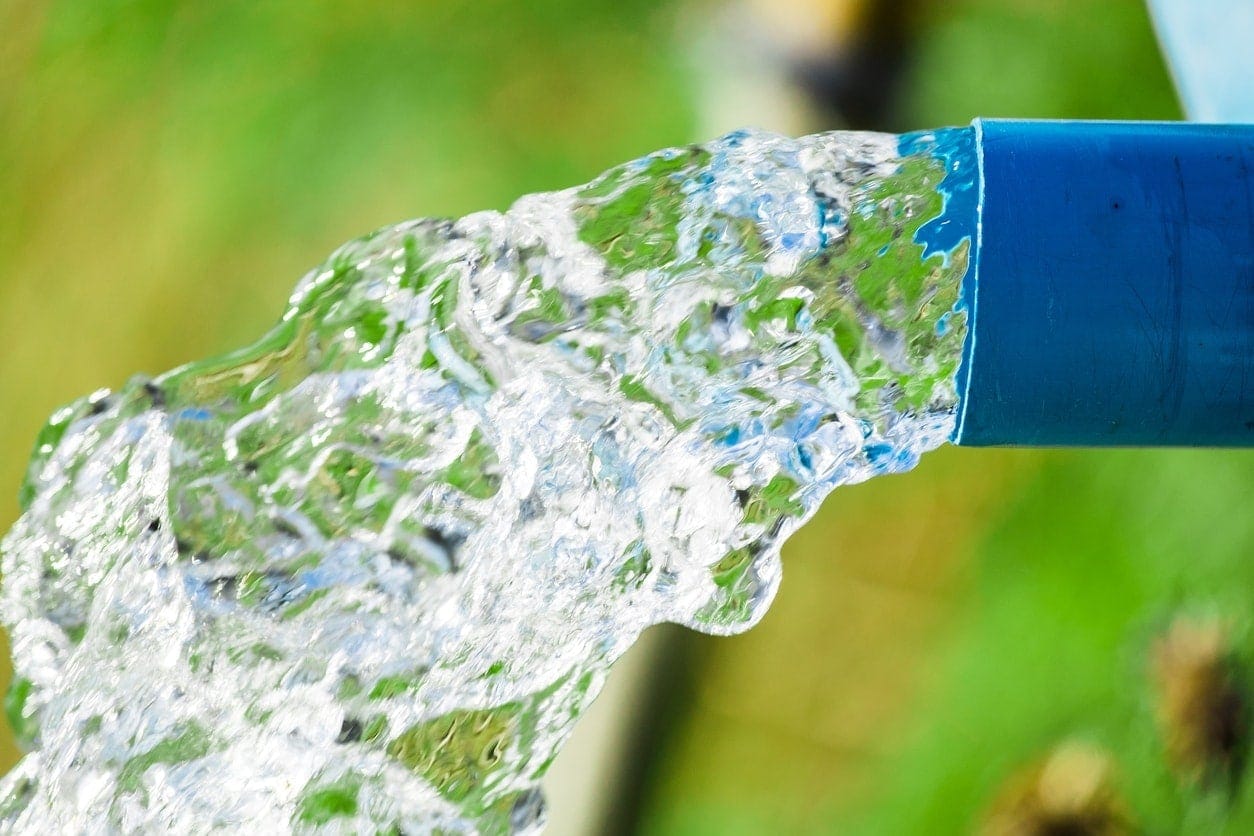 However, many millions of people are still exposed to dirty water, which causes diseases such as diarrhoea, cholera, dysentery, typhoid and polio, amongst others. Moreover, the fact that we can take drinking water to the entire world population does not necessarily imply that we also take better care of it.

In cities especially, there is a tendency to waste water as if it cost nothing.

Leaks, one of the main causes of water wastage

In urban areas, especially those without passive water recovery systems, water leaks represent one of the main causes of loss of this valuable resource. Leaks arise for many reasons, as detailed below:

Pipes are pressurized. Most drinking water pipelines are under high pressure. Unlike pipelines used by earlier civilizations, such as the Romans, our pipes use pumps to create pressure, so that we don’t need to depend on gravity (as did aqueducts and canals). Which means that pipes can burst if they are not properly designed. But they can also burst if they are old or affected in any other way.

Tree roots. It has recently been discovered that the reason why trees direct their roots towards pipes isn’t because of moisture from the pipes, but because the roots use the sound of water to locate the pipes. As a result, many tall trees have a large proportion of their roots wrapped around pipes. As they grow, the roots damage the pipes, causing them to crack. 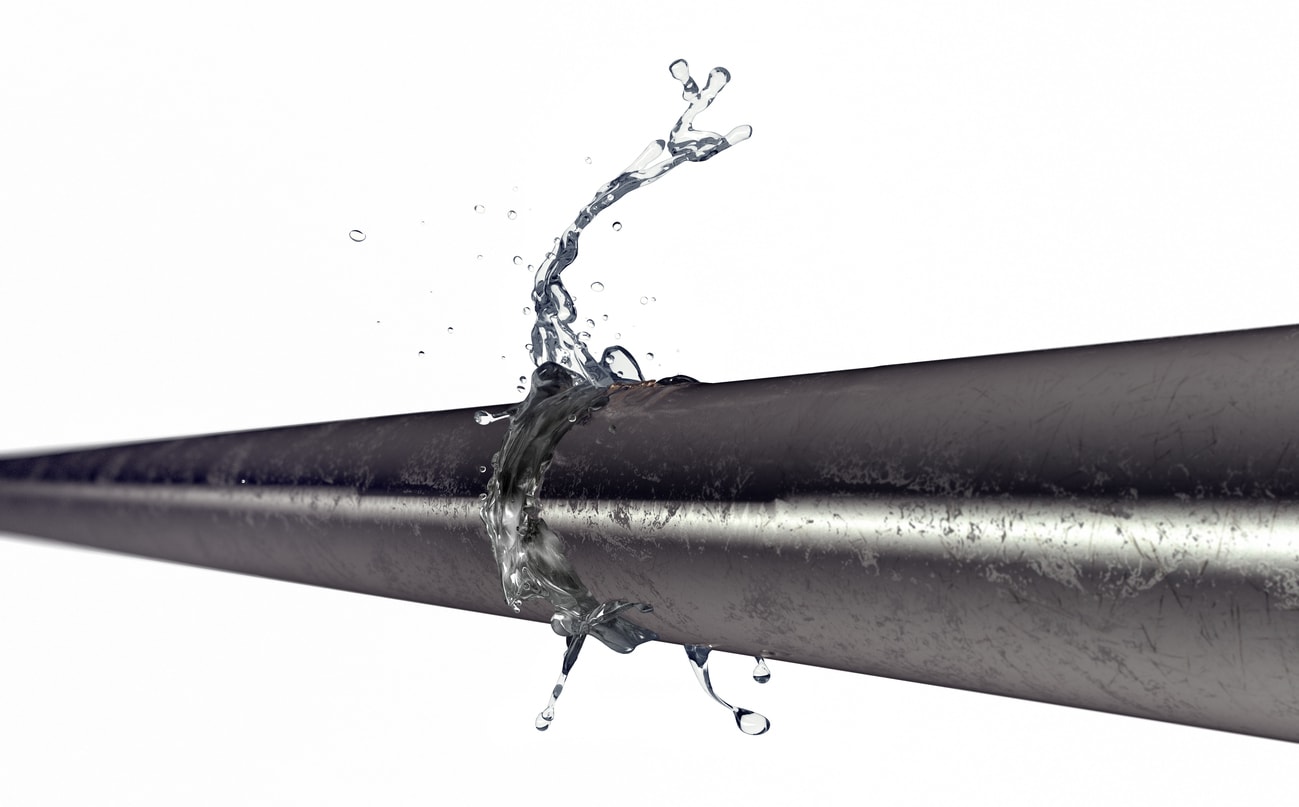 Freezing. A factor to consider in cold areas is the increase in pressure inside the pipes caused by ice. With sudden temperature drops, water tends to expand.

Nearby construction works, accidents. The human factor is, of course, ever present. Calculation errors when interpreting the plans of piping under a road, for example, or plans not being up-to-date, cause many water cuts. Fortunately, though, these are easy to locate.

A high water flow. Because water flows at high pressure within the pipes, when a pipe bursts, vast amounts of water escape at great speed. Sometimes a burst pipe can look like an improvised fountain, giving rise to enormous waste:

Underground pipes. However, the biggest problem with pipes isn’t that they can burst and spout out water onto the streets: this at least means there is a reference as to where the leak may be. The crucial and most problematic issue is that most pipes are buried several feet below the surface.

This not only makes them less accessible to repair, but rather that to this difficulty must be added the time it takes to detect the leak in the first place, and to locate the exact spot where the pipe cracked.

It happens often in cities that a certain area of a park gets flooded, that water flows from the roots of a tree, and even that damp appears in the underground train network. And the problem is that where the water surfaces is not actually an indication of where the breakage took place, which could be hundreds of metres away.

To repair such leaks, the street must be dug up, with related economic costs for the area, inconvenience for residents, and more water wasted until the damaged area is located and repaired.

Waternet, the Internet of pipes that uses sensors

The idea of a pipe network connected to the Internet is not new. In today’s pipe networks there are many points along the various supply channels measuring water flow close to the water pumps. There are measuring points at the inlet of community pumps and in nearby treatment and distribution centres.

Let’s take a specific example with a 100-metre-long tube that ends in a Y fork with two 50-metre pipes. It’s safe to say that the pressure at the outlet (P1 and P2) is lower than that at P0. But if there is a sudden marked pressure drop at one of the outlets, this indicates a leak.

Unfortunately, a city water network isn’t quite so simple. There are Y and T forks every few metres at points near water supply intakes, and locating leaks becomes an impossible task, causing damage because of the streets having to be dug up at various locations. And, of course, waste of time and water.

Klaus Schwab, founder of the World Economic Forum, proposed the concept Waternet: An Internet of pipes in his book “The Fourth Industrial Revolution”. A Waternet that would “use sensors to control flow and manage the complete water cycle”.

The sensorization of pipes (measuring) is the first step for avoiding constant water leaks. As we saw in the example, having three measuring points at a fork can provide an indication as to where the leak might be. However, Schwab’s proposal goes further.

The idea is to place a small pressure sensor inside each section of piping, built in such a way that a tiny fibre optic thread or network cable transmits information from one section to the next. In a very similar way, in fact, as the fibre network deployed within a city. 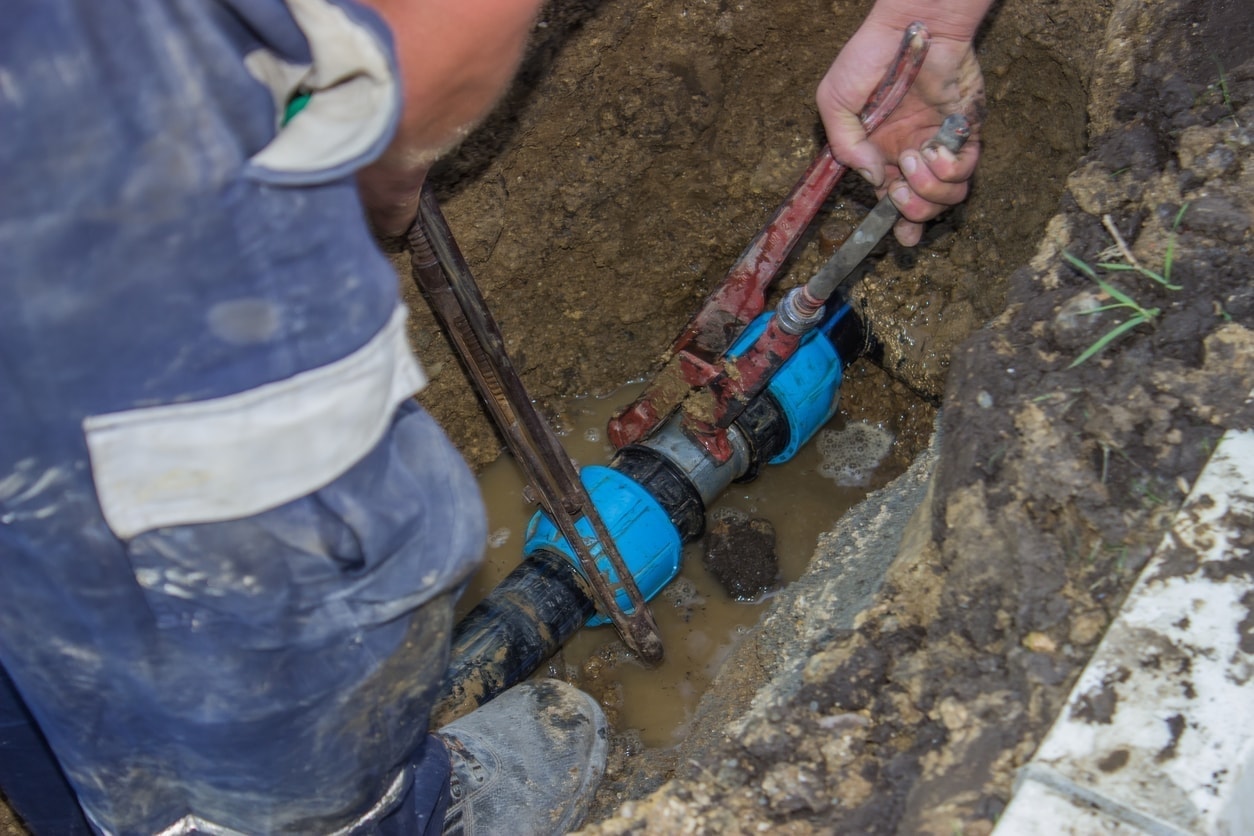 Using this method, leaks could be detected within a margin of a few metres and in a matter of seconds. A cut in water supply could be communicated in minutes, and the damage repaired in a matter of hours with minimal work. These express repairs would go straight to the affected pipes, thus avoiding the waste of huge volumes of drinking water.

Moreover, the low cost involved in such repairs, in terms of materials, time and workers used, justifies the inclusion of a little sensor in each pipe.

A connected city can go well beyond the current fashion of smart cities. Designing a water supply network which is connected to the Internet and fitted with numerous measuring points avoids huge losses of water through leaks.

Supplying the entire world with water is not enough. Water is a valuable resource which we must all take care of and preserve. And that includes the local authorities in every city.