Emerging pollutants, or how what you consume pollutes the water

We’re in cold and flu season, and if you haven’t realized it, that pollutes the water. Have you ever asked yourself where the medicines you take end up?

Approximately three thousand different pharmaceuticals are dumped into our sewers and rivers every day. Tons of medicines are prescribed, and these figures will continue to climb as the population gets older. Only a small part of these compounds is metabolized by our bodies. Most of it is excreted through urine and feces, constituting a significant risk for our health and for ecosystems.

World Water Day is a great occasion to raise awareness about this problem around the world. Water is an essential part of sustainable development, and it is absolutely necessary for companies in the field, such as where I work, Cadagua. And it’s no small thing. As part of what we do, we are in charge of building and managing treatment plants and water filtration plants.

Lately, we haven’t stopped talking about emerging pollutants in articles, at conferences, workshops, symposiums, etc… and honestly, I am seeing a lack of awareness, as well as confusion about the terms and, above all, legislation on the matter. Something that doesn’t actually surprise me. Allow me to try to shed some light on the matter.

What do we mean by emerging pollutants?

Public administrations’ growing worries over the presence of so-called “emerging pollutants” in waste water as well as potable water has started to bring about the creation of new legislation that will impact plant design and operations in the near future. Behind this overly-generic term (emerging pollutants), there is a huge variety of products of various origins that have a chemical composition; we’re talking about left-over pharmaceuticals, pesticides, flame-retardant materials, chlorinated paraffins, perfluorinated compounds, and even personal hygiene products and addictive drugs, to name a few. As you will see, on the list are products we consume (or ingest, to be more precise) daily, while hardly realizing that they wind up in waste water, in our rivers. What are the main pollution points? 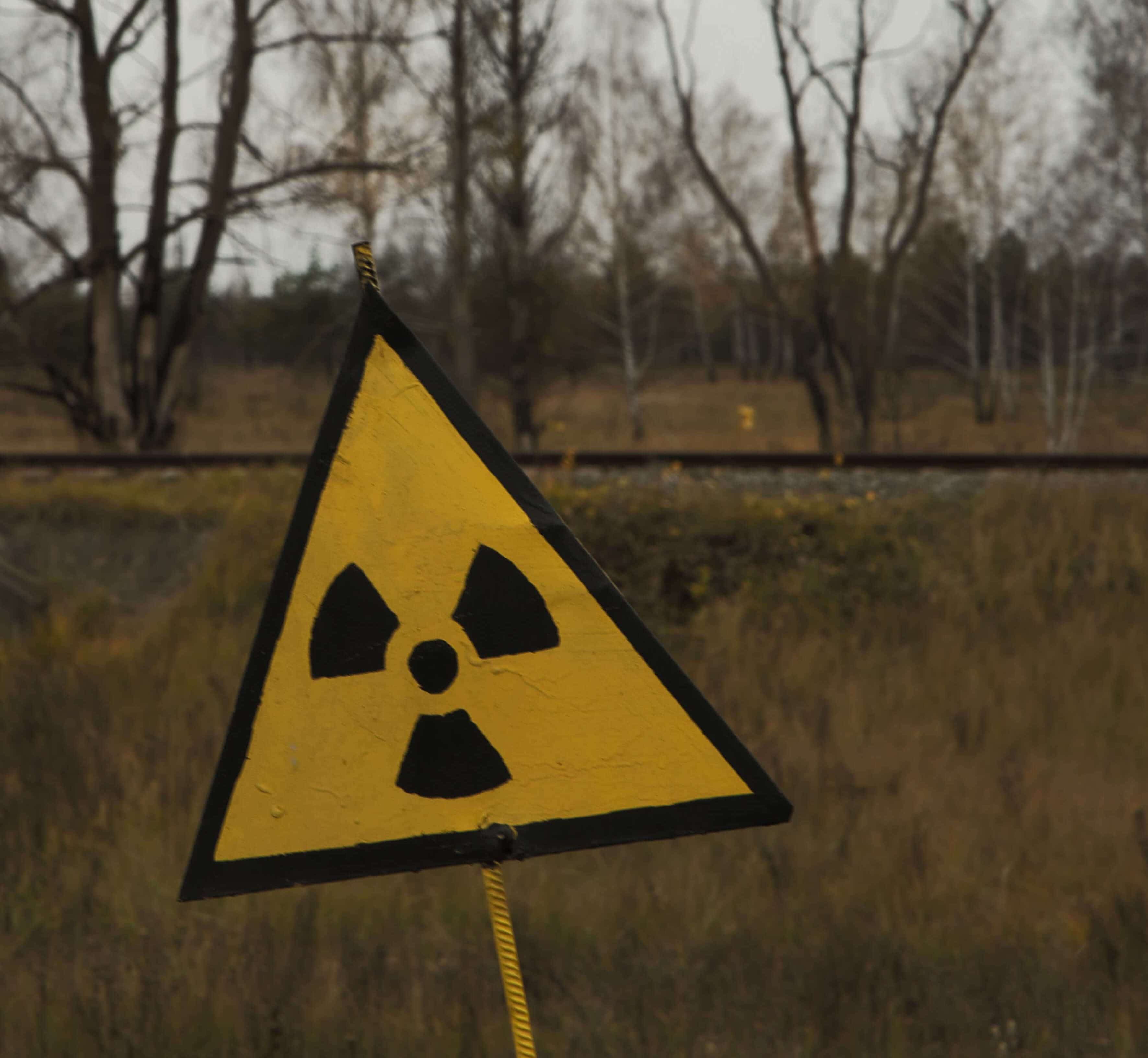 We can trace the origin of water pollution by studying these three focal points:

What effects do the emerging contaminants have?

Even though the risks to the environment and to our individual health are not known, there are several organizations that are investigating the direct and indirect impacts of chemical pollutants.

Chemistry is itself already a difficult field, so I won’t even mention it when we’re talking about organic compounds like “hexabromocyclododecanes” that are over 20 letters long. If we add to that the complexity of European and Spanish administration, European directives, executive decisions, laws, national royal decrees, transpositions… Mix-ups are bound to happen.

Emerging pollutants have a high negative impact on our ecosystem, and that’s why it’s necessary for us to be aware of them, everywhere from public institutions to private residences. 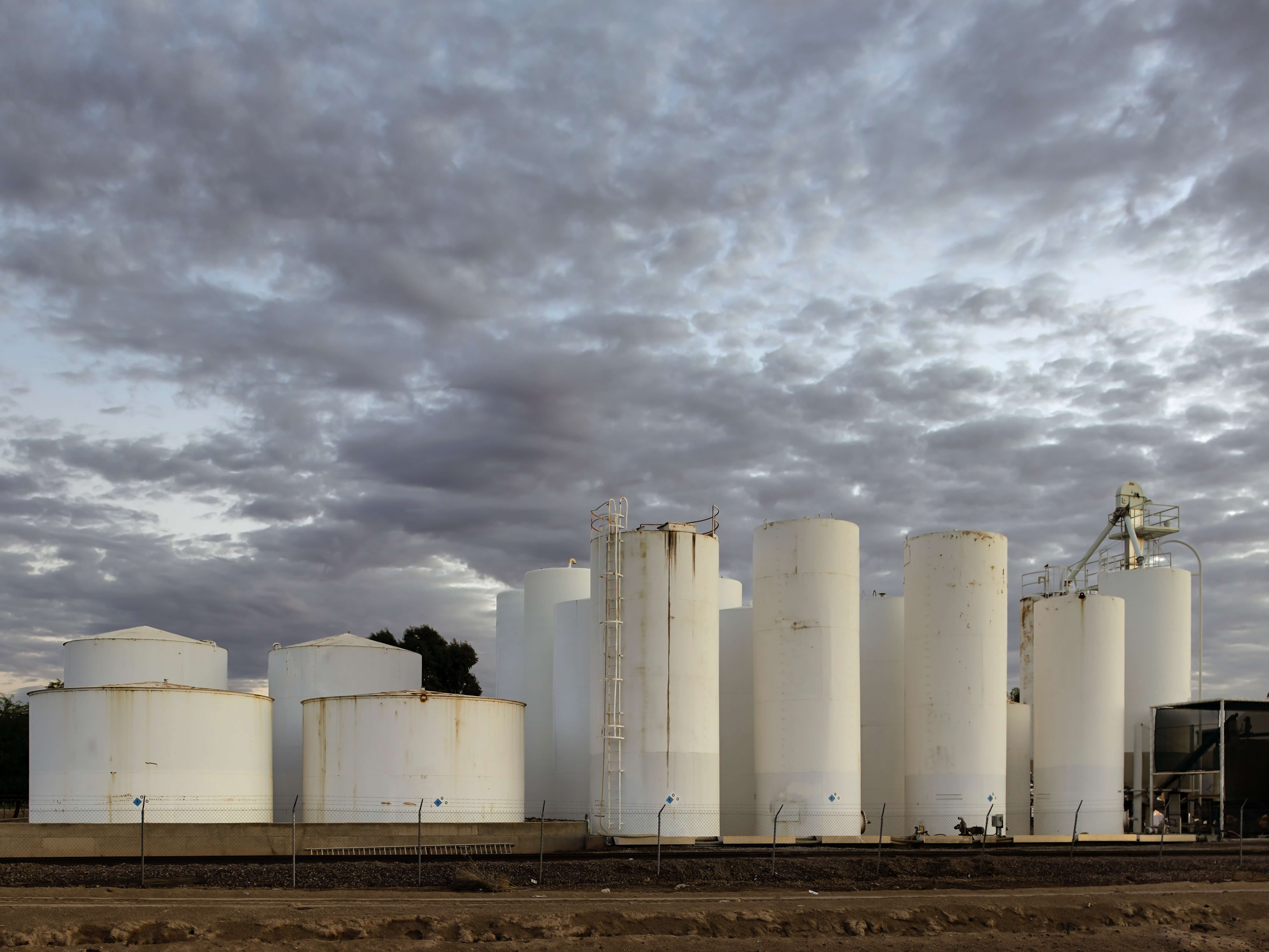 From a legal perspective, it all started with the European Directive 2000/60/CE, also known as the Directive Framework on Water (Mother Directive), which sets up a global strategic framework for preventing and controlling the pollution of our water. This directive took effect in Spain through Royal Legislative Decree 1/2001 on July 20, by which the recast text on the Water Law was approved. From there, a series of directives and corresponding transpositions in the form of royal decrees came up, from which lists were made, along with definitions, parameters, and, above all, what are known as the Environmental Quality Limits.

Decision 2455/2001/CE incorporated the first list of 33 priority substances and established a timeline of 4 years for their review. It is about substances that pose a significant risk to the community’s waterways, or through it, to human beings through potable water sources.

After that, Directive 2008/105/CE, also called the Daughter Directive, was published. In it, the Environmental Quality Norms were established for 33 Priority substances, as well as the need for creating an observation list for emerging pollutants, also ranked from Candidates to Priorities. But let’s take it step by step… This directive (la2008/105/CE) had its corresponding transposition in Spanish legislation in Royal Decree 60/2011 on January 21. The Environmental Quality Norms are defined as the concentrations of a particular pollutant or group of pollutants in water, sediment, or biota, which must not be surpassed for the sake of protecting human health and the environment. They are expressed as Maximum Allowable Concentrations or Annual Averages. Based on these definitions, lists, and Environmental Quality Norms, member states have to make sure that our water doesn’t go beyond those levels. 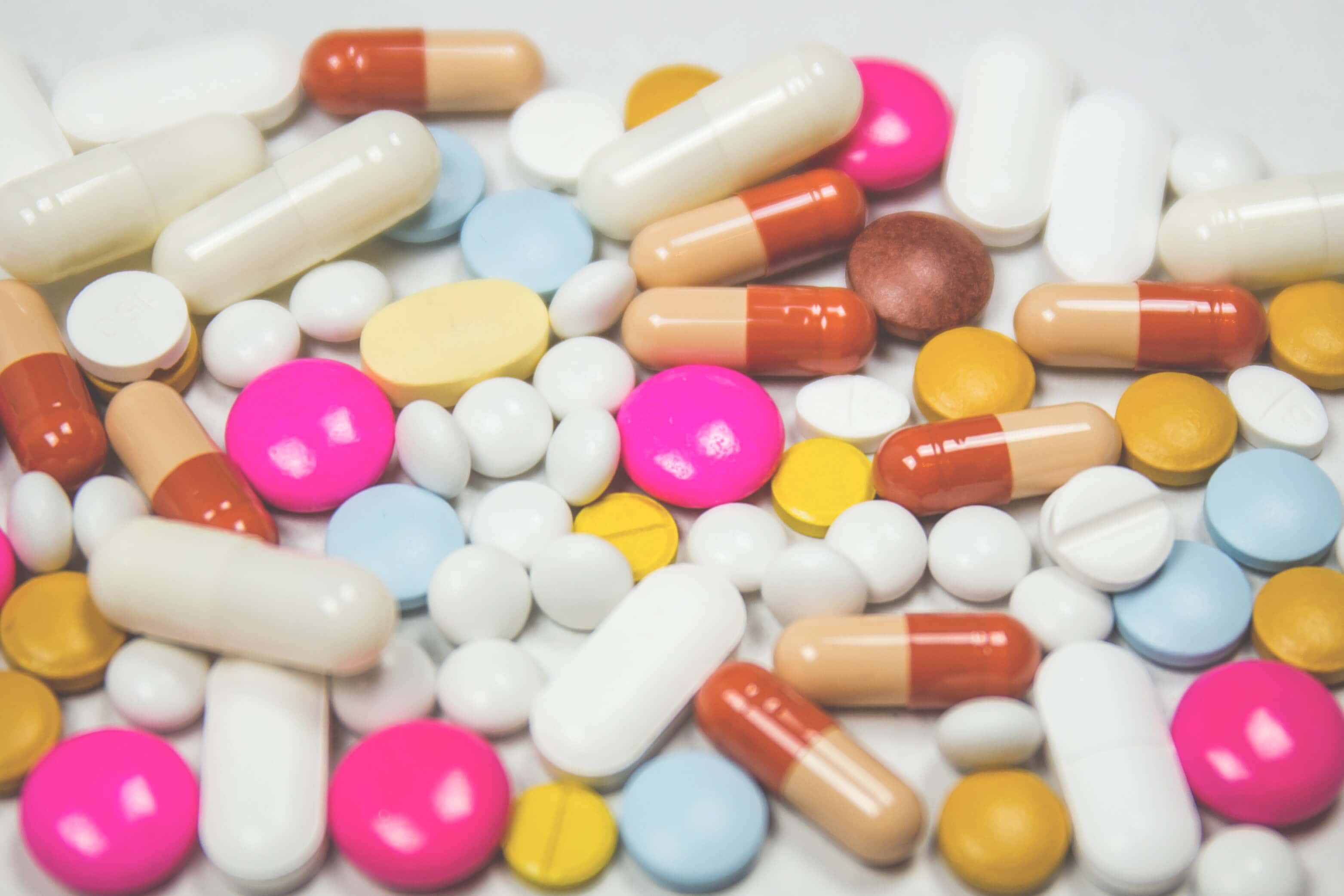 In 2013, Directive 2013/39/UE was published, which expanded the list of priority pollutants to 45, including a more restrictive revision of the EQNs. Its transposition was in Royal Decree 817/2015. It is important to mention here that RD 817/2015 includes its own list of 16 substances classified as priority substances. It is a list of substances that entail a significant risk for Spanish ground waters, given their particular presence, toxicity, persistence, and bioaccumulation.

And we had to wait for Executive Decision 2015/495/UE for the publication of the 1st List of 10 Observation Substances or Priority Candidates. These 10 compounds are strictly those that most easily fit the definition of emerging pollutants. Pollutants whose presence, concentration, and impact on the aquatic environment is unknown. There are pollutants suspected to carry a significant risk but about which we have very little information and are not regulated by any specific norms. This list must be updated by the Commission every two years. The current strategy involves delving into knowledge about these substances, as well as their presence and effects, for 4 to 5 years, and during that time, it will be decided whether or not to include them on the list of pollutants. They would therefore move from Emerging to Priority. 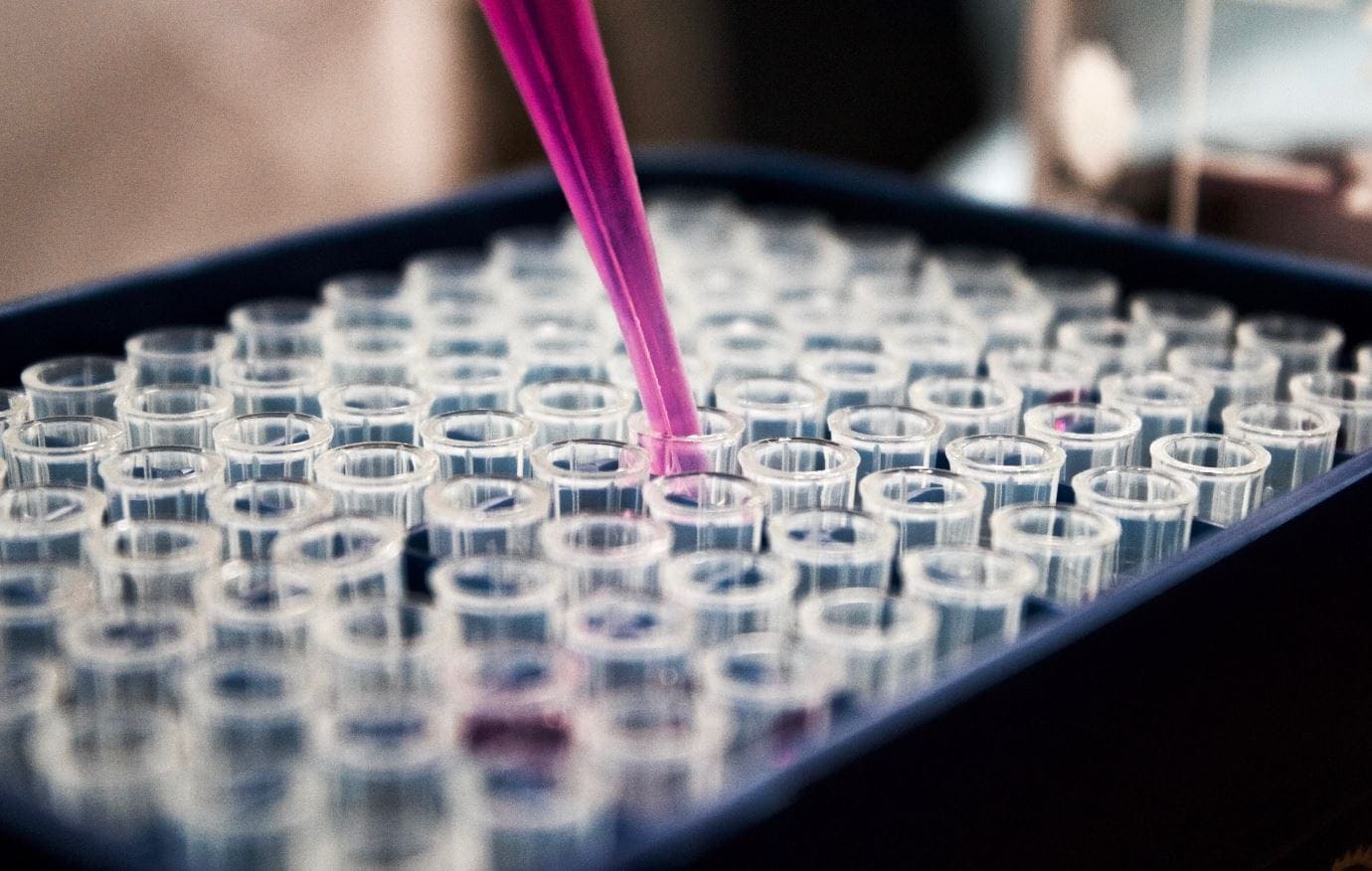 In 2018, Executive Decision 2018/840/UE was published. It was a new list of 8 Observation substances. The Commission had established that it already has enough information on some of the lists in Executive Decision 2015/495/UE. Specifically, triallate, oxadiazon, 2,6-di-terc-Butil-4-methylphenol, and diclofenac. Today, the Observation list is composed of the following compounds: 17-alpha-ethinylestradiol, 17-beta-estradiol estrone, macrolides antibiotics (erythromycin, clarithromycin, azithromycin), methiocarb, Neonicotinoids, Metaflumizone, Amoxicillin, and Ciprofloxacin.

In short, all this undoubtedly requires an effort from public administrations as well as private businesses, universities, and technological centers to understand and evaluate the complex situation we are facing. But in the end, that’s what we’re here for.