Elevators That Move in All Directions

Elevators that move vertically, horizontally, backwards, forwards, and even on a slope or diagonally, all at once: the Multi elevators by ThyssenKrupp can move in all directions with passengers in the cabin barely noticing. The objective: increasing the efficiency of elevators in large buildings.

Even though the origins of the modern elevator date back to the last years of the 19th Century (even though there are references to elevators from Roman times and in Spain during the Middle Ages), technology and engineering are reinventing this mode of transportation, which is considered to be the safest: it is calculated that the risk of dying in an elevator is 0.00000015% per trip. Until now, the elevator has been described as a system for transporting people and objects that travels vertically. But the innovations developed for the Multi elevator aren’t just going to change the way we understand and use elevators, but also their very definition. 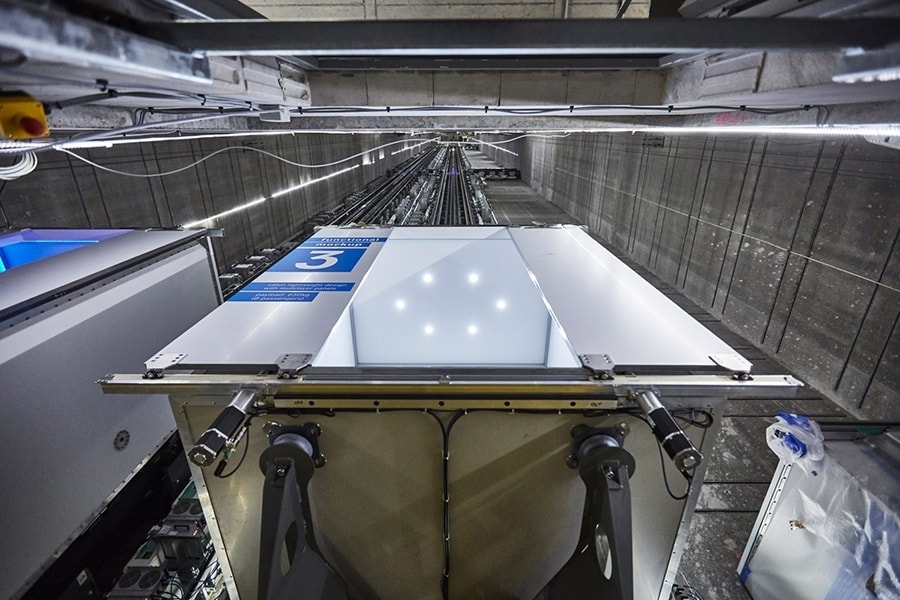 In its typical configuration, an elevator uses steel cables or hydraulic pumps to go up and down, going to different heights or floors with the vertical motion; from top to bottom, or vice versa. The Multi elevator gets rid of the cables and hydraulic actuators, which gives it a greater range of movement. In order to move the cabin, engineers have adapted technology from linear motors developed for magnetic levitating trains like the German Transrapid or the Chinese Maglev.

Linear motors basically function just like conventional electric motors, but instead of having a cylindrical form, their elements are set up in a linear fashion, like an “unrolled” electric motor. That way, the rotor doesn’t turn inside the stator, but rather is displaced longitudinally along it. A series of electromagnets located in a line propel the elevator cabin and keep it in suspension. That way, the cabin is moved along vertical rails and can make turns of up to 90°.

Saving space for the machinery

this model eliminates the need to make room for the elevator’s machinery, something that, according to ThyssenKrupp, frees up up to 25 of space in the building: “Depending on the height of the building, the facilities dedicated to elevators and escalators can take up to 40% of the surface,” he explains in Dezeen. Magnetic levitation also makes it possible for the elevator to have two independent cabins (not one cabin on two floors) on two consecutive floors and on the same “track,” or to cross each other’s paths without getting mixed up. 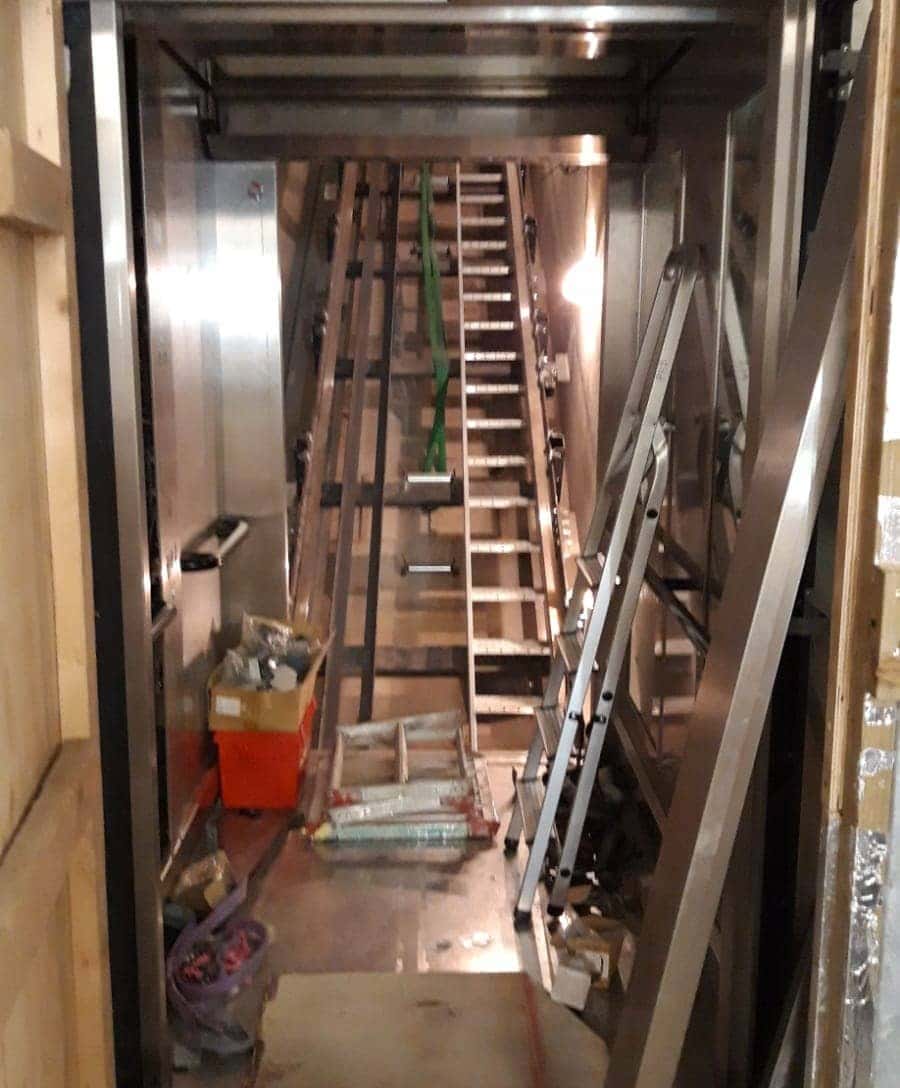 The result is a transportation system similar to a railway system, with multiple cabins moving and sharing the same “rails.” Depending on the number of cabins in the configuration of the circuit, the system can guarantee that the wait time in large buildings will be about 30 seconds. “waiting on the elevator can be frustrating and a huge waste of time. An average passenger makes four elevator trips 250 days per year. In New York City, workers end up spending 16.6 hours a year waiting for the elevator,” according to a study from Columbia University. This shows the importance of increasing availability and efficiency of elevators.

According to Markus Jetter, a ThyssenKrupp engineer, “Buildings are becoming vertical cities, and they need a transportation system that’s flexible, similar to the subway. Speed alone won’t solve the challenge that tall buildings pose.” 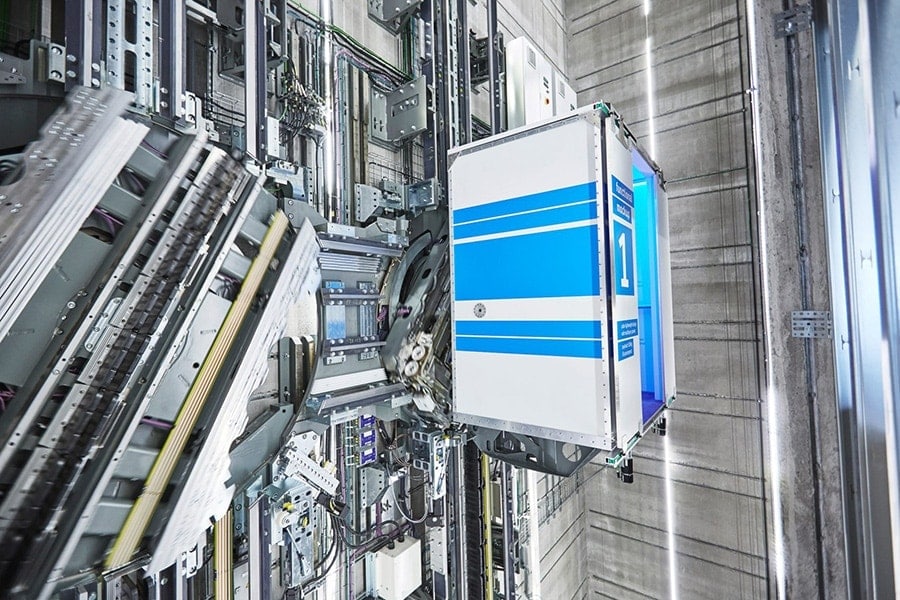 Speed has, until now, been the metric used to reduce wait times for elevators and large buildings that have a lot of traffic. The problem is that there’s a limit to how fast an elevator can move: up to 10 meters per second. “Faster than 10 meters per second, elevators cause ear problems and nausea,” they explain in Wired.

A recent example of diagonal elevators is at Farringdon Station for Crossrail, in East Ticket Hall (ETH). It serves the entrance to the station to Barbican, which, given the spatial limitations and having to comply with accessibility norms, “Step Free Access” has two diagonal elevators that move in parallel with the escalators.

One of the two elevators goes from the ground floor to level -3, and the other goes from level-3 to level -6. These elevators don’t have intermediate stops, they just transport passengers from one level to another, allowing access to the station for people with reduced mobility. 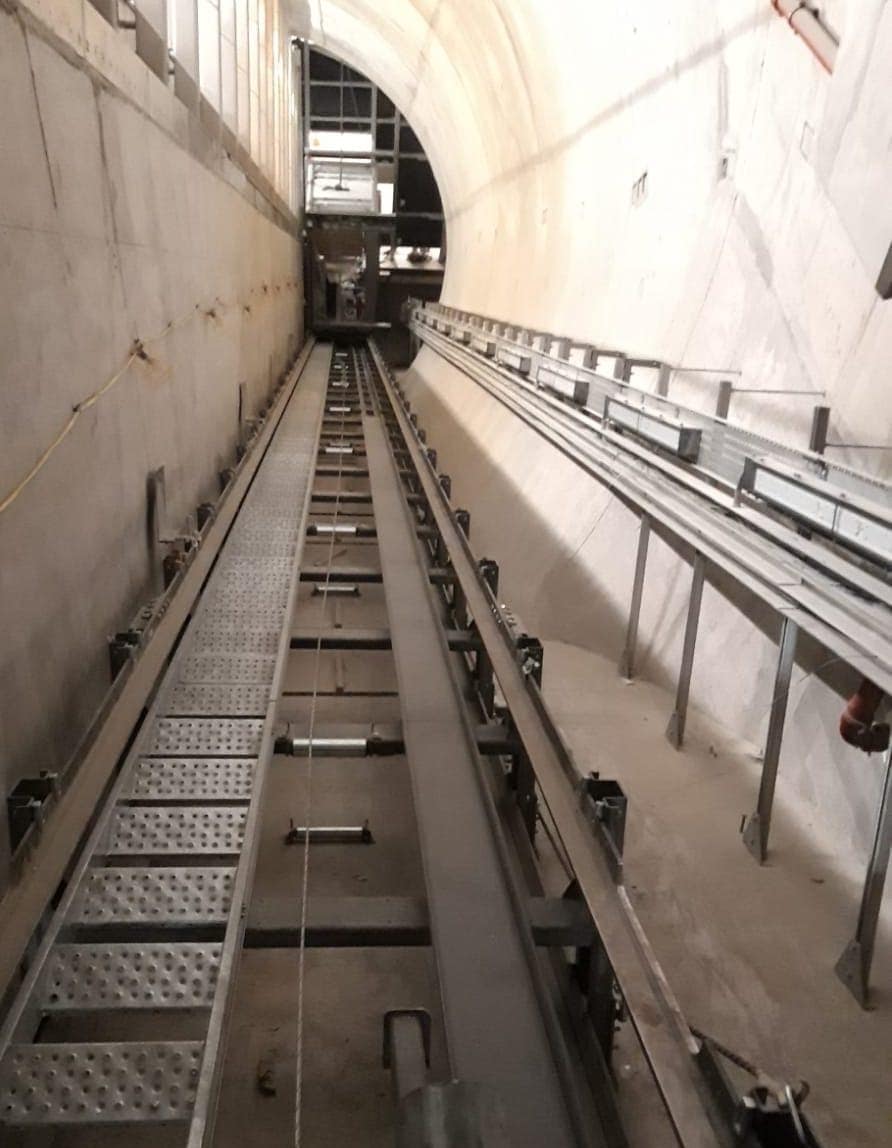 Built by Kone, these elevators are the first of their size, capacity (up to 17 people), and length installed in the United Kingdom.

Beyond the benefits associated with omnidirectional elevators and the possibilities and freedom that they offer when it comes to designing and constructing buildings (with the impact that this will have on design and infrastructure in cities, as well) the Multi elevator motivates and even excitingly reminds us of how engineering and technology has the capacity to take every day to the next level. In any direction.