From Magic to Ingenuity 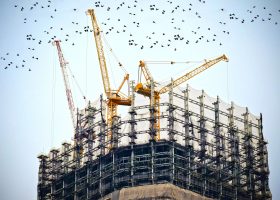 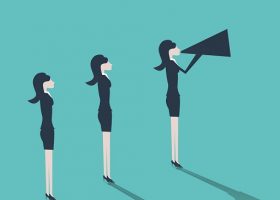 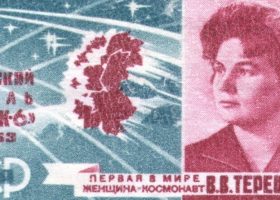 Engineer comes from the Latin word ingenium, which means ingenuity. For years, it seemed that this career was a boy’s club, but if you really think about it, I don’t think that ingenuity is something women have had nothing to do with.

I remember the first time I discovered how fun it was to take parts, build something, and add a motor. It was my cousin’s birthday – a male cousin. One of his gifts was a set of Legos. I had never held something that offered so many possibilities.

I wasn’t really into dolls. What I liked most about them was making them their own dresses and designs; Barbie herself didn’t interest me much, but, as I was at an all-girls school and didn’t have any brothers, I had never dreamed of all the possibilities… and there were so many! It’s strange because, at that moment, the Legos went with my cousin, and I didn’t even think about having my own.

I suppose that Emily Warren Roebling, Hedy Lamarr, or closer to home in my own country,  Pilar Coreaga, did decide that, despite all the expectations or the “norms,” they did want to do research or discover something bigger. It’s the love and the passion for a profession that, for whoever follows it, there are no borders, there’s only technology, ingenuity, and a whole world of necessities to address.

Over these years, I’ve been able to meet fellow women in engineering who are completely committed to their work, who talk about going from Brazil to Scotland or from Spain to Chile, following their dream and its possibilities. Like us, they see kilometers as distance, but they also see kilometers as roads, tunnels, challenges overcome, and lessons learned.

As I said at the beginning, when ingenuity is in your DNA, you “engineer” – what would be more appropriate? – to use all your resources to get where you want to go.

Ingenuity was what led Emily Warren Roebling to be the first female field engineer in the world when her husband fell sick from aeroembolism, a sickness caused by changes in water pressure. Emily got to work and became her husband’s eyes and ears on site, directing construction on none other than the Brooklyn Bridge, which was completed in 1883, with no previous training, but it is clear she had a calling and plenty of ability to spare.

Let’s now go to Spain at the start of the 20th century, right in the middle of the fight for women’s suffrage spearheaded by Clara Campoamor, during Primo de Rivera’s dictatorship. In 1929, at 21 years of age, Pilar Coreaga became the first certified female engineer in Spain. She was the first woman to conduct a train (according to the papers), and the first female mayor. Political ideas aside, we shouldn’t dismiss brave Pilar, considering that, 70 years later, it is would still be unusual for a woman to choose this profession.

As we said, ingenuity finds a way, creates them, and builds bridges to connect what may seem distant points. Remember the actress from Samson and Dalilah? As classic film buffs will recall, Hedy Lamarr – who we already discussed in this post – bridged the gap between her career and her passion for inventing. At the start of World War II, she developed a radio guidance system for Allied torpedoes. The principles behind her work are similar to the methods used in legacy versions of Wi-Fi. Surprising, right?

If we had to explain to a child what an engineer is, even though Disney has been heavily criticized for promoting the stereotypical princess image, I couldn’t think of a better example than Elsa from Frozen, building her castle made of ice. Because we women engineers can also be princesses, in fact, that’s the magic of it, being what you want to be… From a child’s perspective, it seems like a beautiful definition: Elsa envisions something that materializes. I know it’s magic, but let’s replace magic with the charms of knowledge, dreaming of innovation, and… let it run wild!

Today, on Women in Engineering Day, I wanted to pay tribute to all those women who decided to do magic, who came up with ways to break down barriers and decided to let what they had within soar. They rolled up their sleeves, got to work, and didn’t let anyone make them give up on their dreams.