What Does Climate Change Have to Do With Migration?

On top of the current health crisis, Europe is also facing other crises. And no, it’s not the 2007 financial crisis. It’s a different sort of crisis. One involving refugees, immigrants. Perhaps it doesn’t take up as much space in the newspapers, but it is shaking the very foundations of many countries. This movement is changing the political balance of many countries in the European Union.

Though its pivotal moment is clearly linked to the war in Syria, immigrants arriving on the Spanish coast in 2020 aren’t coming from Syria, and the coronavirus is less threatening to them than what they’re leaving behind. Is it possible that climate change is what is pushing these people to risk their lives in the Mediterranean?

According to the Elcano Royal Institute, it is, at least in part.

Climate change has caused the disappearance of one in six trees in the Sahel over the last 50 years, while Lake Chad, the main freshwater reserve in the region, has lost 90% of its surface.

Desertification is advancing (the Sahara desert has expanded 10% in the last century), and vegetation is giving way to a barren landscape where any agricultural activity for survival is impossible.

On the other hand, the countries of the Sahel (Mauritania, Mali, Niger, Chad, Burkina Faso, Senegal, Sudan, and South Sudan) are the only countries in the world with a steady fertility rate of 5 to 7 children per woman. According to the United Nations’ data, Niger holds the record at 7.4 children per woman. If the trend doesn’t change, these eight countries will go from having a population of 147 million in 2017 to 338 million inhabitants in 2050.

What is a climate refugee?

As a result of these factors, more and more people in these countries are losing their livelihoods and find themselves forced to emigrate to survive.  They are so-called climate refugees, though international law does not yet recognize them as such.

The effects of climate change that are pushing entire families to leave their homes are not only felt in the Sahel but around the world, from the North Pole, where the loss of ice and biodiversity threatens the Eskimos’ ways of life, to Somalia, where persistent drought forced 760,000 people to leave their homes in 2017. According to IDMC’s Global Report on Internal Displacement, the number of climate refugees is expected to reach 150 million by 2050. 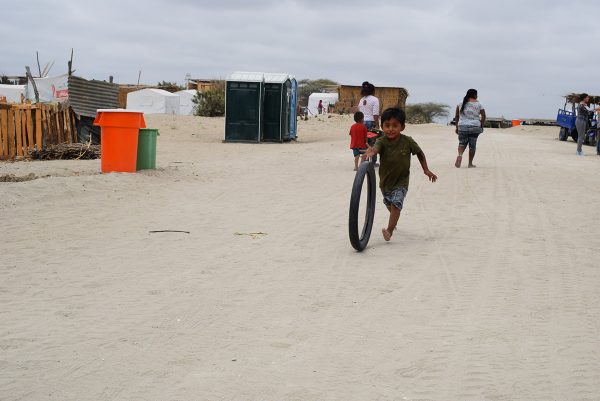 But it is the great meteorological catastrophes that have been magnified by climate change that have resulted in the highest number of those displaced by climate. Those who are said to be displaced have not crossed the borders of their country of origin; if they do cross them, they become refugees. In recent years, there has been an increase in the frequency and intensity of natural disasters. In fact, the number of individuals internally displaced by sudden weather-related catastrophes in 2016, 24.2 million people, was three times higher than the number of people displaced due to conflicts or violent situations.

Examples of these catastrophes can be found everywhere in the world. Allow me to focus on one such example with which I have firsthand experience. This is the El Niño Costero flooding that struck Peru from January to March of 2017. It left 1.4 million affected, with more than 160 deaths and over 280,000 Peruvians wounded. Among them were the 1,000 inhabitants of Chato Chico and Chato Grande. The Piura river overflowed, flooded both communities, and destroyed the water supply systems. Ferrovial, in partnership with Ayuda en Acción, is working to ensure access to good-quality water, which will enable the Chatos population to return to live in their homes, close to the land they farm and which supports them. 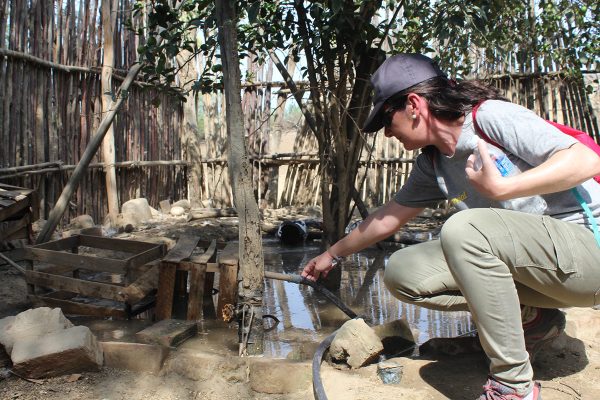 This intervention, however modest in scope, is an example of one of the key concepts driving the United Nations in the face of climate disasters to reduce the number of displaced people: the resilience of communities. The new tank’s installation in a floodproof area of the community and the redesigned facilities were set up so that, in the event of a flood, the water supply system won’t be unusable as it was in 2017. 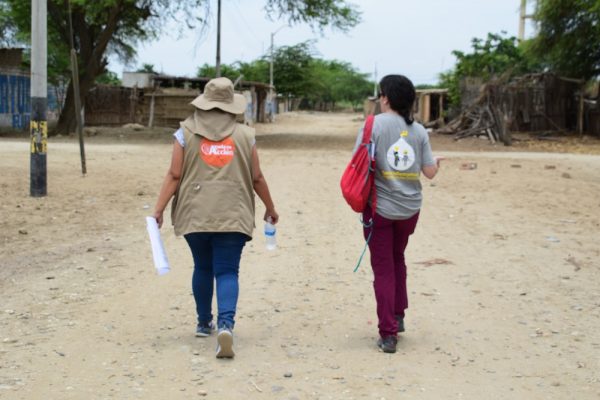 The other factor that the United Nations has highlighted to face disasters is risk mitigation. In this case, it is the responsibility of local authorities backing the construction of levees to reduce the probability that the river will overflow the next time El Niño visits Piura and Los Chatos.

Resilience and mitigation, two key strategies identified by the IDB in its Sustainability Report for facing climate change, the true scope of which is still unknown and will affect us all.