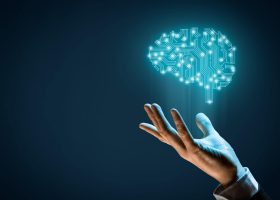 Artificial Intelligence has been gaining ground in day-to-day life, but what is Artificial Intelligence? What are we really talking about? We could reason that it is machines’ intelligence, which is linked to technology, including the new Information and Communication Technologies (ICTs). However, we will see how this – new – discipline moves forward.

Taking a theoretical framework as a reference point, we will focus on the concepts of Intelligence and Artificial Intelligence. Seeing how the former is as necessary as it is implicit in the existence of the latter, the latter is thus becoming the epitome of the former.

Intelligence evokes the study of the mind, of thought, and of philosophy. To start, in addition to questioning ourselves about intelligence, we can ask ourselves: what is thought? What is the mind? What is an idea?

Etymologically, intelligence comes from the Latin  intelligentia – that is, “the quality of knowing how to choose – legere – from several options.”

This etymology of this word is built around love – philos – of wisdom – sofos – and through the multitude of currents and definitions attached to this word, the RAE defines it as a  “set of knowledge that seeks to establish, in a rational way, the most general principles that organize and guide knowledge of reality, as well as the meaning of human action.”  The academy also mentions analytical philosophy, whose starting point is the importance of language, moral philosophy focused on human actions, and natural philosophy on the laws of nature.

Etymologically, the suffix -miento of the Spanish word for thought, pensamiento, refers to the result, therefore defining it as the act of thinking, much as English’s thought is the past participle of to think, again implying the result of that action. However, the RAE defines it as “the faculty or ability to think,” “the act and effect of thinking,” or “the set of ideas belonging to a person, community, or time.”

This way, we see how Intelligence encompasses our thoughts and knowledge, as well as our ability to use them. Artificial Intelligence was created for the same purpose but is found in machines. AI works to provide devices with knowledge that allows them to access that ability to think autonomously.

We can see a change in the subject – human being to machine. Just as we have a brain, the computer has a CPU. Seeing that the field of Artificial Intelligence is as complex as that of philosophy, we will emphasize the cognitive system and, more precisely, on language.

Language plays a key role when it comes to installing this new brain. Thoughts demand extreme precision in writing clear, specific code capable of programming these machines. Semiologist Yuri Lotman spoke about the monolinguistic system whose basis is “the transfer to the linguistic reality of the abstraction that foresees complete identity between the sender and the recipient;” its purpose, “precisely achieving an adequacy in communication: the disturbances in them are considered to be obstacles caused by inevitable technical imperfections.”

As he suggested,“the substitution of the term ‘language’ for ‘code’ is not totally harmless. The term ‘code’ implies a created structure that is artificial and imbued with an instantaneous agreement.”

Following this author, we speak of the semiosphere, the space where signs interact apart from the extra-semiotic area. This separation is carried out across the border, which plays an important role in translating and giving meaning to the codes that cross it.

As such, the writing and reading of code are continuously in relation for successful communication between the sender (who enters the information) and the recipient (the machine that receives and decrypts the information).

McCarthy speaks of it as “the science and engineering of making intelligent machines, especially intelligent computer programs,” and Haugeland says that “computers can manipulate arbitrary elements so that a machine can think.”

Artificial Intelligence can also be categorized in different fields such as heuristics, the representation of language, and the study of different languages. It can also be studied through two schools: conventional or computational.

I will mention one example of Artificial Intelligence through code:

In the book, How Life Imitates Chess, the great strategist Garry Kasparov narrates his victories, achievements, defeats, tables, and even his memorable games against Karpov and Deep Blue.

Deep Blue, as the computer program developed by IBM in the late 1990s was known, competed against the world chess champion on two occasions. The first match was held in Philadelphia in 1996. The machine’s extraordinary accuracy led it to some victories, but it was not enough to defeat Kasparov’s strategy, which led him to victory in the first human/machine match.

The second match was held a year later, the biggest face-off in the history of chess. The game was difficult from the start, and Deep Blue ended up winning, despite Kasparov’s irregular movements in search of victory once again. Below is the final layout of the game. 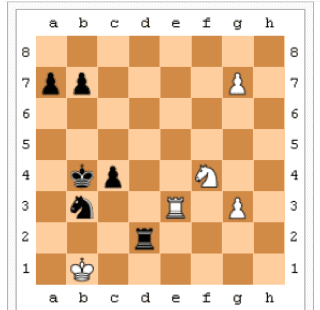 At this point, we can discuss the Imitation Game discussed by mathematician A. Turing. Deep Blue was fed codes for knowledge through imitating Kasparov’s moves, while humans possess this innate set of information as babies.

I can’t end without mentioning the role that Artificial Intelligence is playing in dealing with COVID-19. One example of this is the different technologies and applications used in Asia, especially China, to accelerate genome sequencing.