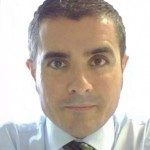 Technical industrial engineer, graduating at the University of the Basque Country. I joined Cadagua’s engineering division in 1988, where, after working in Project Engineering, I took up the post of Head of Desalination and Drinking Water Projects in 2009. I have been project leader in numerous desalination and drinking water projects, both in Spain and abroad, including countries such as United Arab Emirates, Saudi Arabia, Oman, India, Chile and Morocco.