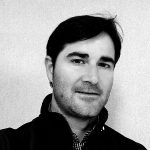 I’m an Area Manager at Ferrovial who views dedication, innovation, motivation and recognition as key principles to accomplish and deliver projects successfully. With a master degree in Civil Engineering from the University of Granada, I’m currently working as a Segment Manager at Ferrovial Construction US. I hold experience in large projects in Spain, Australia and US, with several design, management and construction skills across different kind of project, such as the major infrastructure project in Queensland: the Toowoomba Second Range Crossing Highway. I’ve also been involved in complex civil development projects within CBD such as the Elizabeth Quay in Perth, Western Australia; major mining expansion project in Western Australia such as the Yandi in Pilbara; waterworks, including the construction of one of the biggest desalination plants in Australia: the Southern Seawater Desalination in Binningup, Western Australia. After living for 12 years in Australia since 2009, I decided to look for new challenges and moved with my family to Houston, TX in 2020.