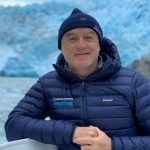 Manu San Félix, Madrid, 1964 He holds a degree in Biology from the Complutense University of Madrid. He has been a diver since 1981, having done some 12,000 dives across all of the world's oceans and in countries on five different continents. In college, he was introduced to underwater images and photography, becoming "a biologist with a camera." The exercise of capturing and sharing the undisturbed beauty of the oceans and problems in their conservation is his work. To this end, he enjoys spending as much time as possible in nature and observing it, doing about 300 dives a year. His perpetual aim is to bring nature closer to people to fascinate them and to inspire them to help in its conservation by showing the importance that water and oceans have in our lives. He has won two of the most prestigious underwater photography awards: Wildlife Photographer of the Year (London, 2004) and World Underwater Festival (Antibes, France, 2005). Since 2009, he has worked as the Underwater Image Director for National Geographic (Washington) on the Pristine Seas project, and he is a National Geographic Explorer.