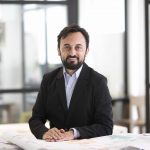 He is an entrepreneurial scientist, and funded as CEO, Alpha, the Moonshot facility established by Telefonica to address some of the biggest problems in society by conceiving and delivering radical solutions using breakthrough technology. At Alpha, he has orchestrated an ever-growing team of data scientists, developers, programmers, technologists, and strategists, who work together on audacious projects on the edge of what is technically possible. Prior, he led teams at some of the world’s most respected research laboratories including Microsoft Research, Bell-Labs and at Columbia University. In addition, he co-founded the Data Transparency Lab NGO to drive data privacy and transparency. He recently released his first book, ‘Artificial Intelligence: How the world and your life will change’. The book explores the latest innovations in AI, how it’s driving economic growth and evolving the world around us. He is an IEEE Fellow and ACM Fellow and holds a Ph.D. from the Swiss Federal Institute of Technology