On Tuesday 8th October, 2013, BFK (a joint venture comprising of Ferrovial Agroman UK, BAM and Kier) celebrated the Phyllis tunnel boring machine (TBM) completing its journey underneath the city of London. Phyllis was the first TBM to commence digging for the Crossrail project and was also the first to complete its drive on the Crossrail Programme.

Only a few months later, on 24th January 2014, Phyllis’s “sister” Ada also turned for the last time, reaching her final destination underneath the heart of London, thus marking the completion of Crossrail’s Western Running Tunnels. Ada’s arrival translates into a total of 13.7 kilometres of new tunnel being created and over 9,300 concrete rings put in place by both TBMs 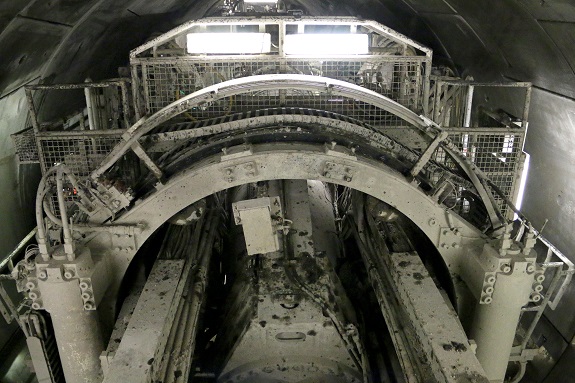 After reaching a milestone on a project, we often look straight away towards the next challenge. However, the success of Phyllis and Ada should be celebrated: the completion of these drives has been an impressive act of engineering and teamwork for the entire BFK team.

Before discussing this engineering milestone in greater detail, it would be appropriate to clarify that giving TBMs a woman’s name is an age-old tradition in the tunnelling industry. Tunneling machines Ada and Phyllis were named after early computer scientist Ada Lovelace and Phyllis Pearsall, credited for creating one of the first London A-Z maps.

To give you an idea of the size of these massive machines, each TBM is 150 metres in length and weighs 1,000 tonnes. “Tunnel gangs” of more than 20 people worked on both Ada and Phyllis in shifts around the clock to dig an average of 100 metres per week. Of significant importance to the project, Phyllis and Ada are the only TBMs to excavate below London’s most expensive real estate, boring under such areas as Regent Street and Mayfair. This achievement is a credit to the BFK team and a world-class feat of engineering, not only because of the complexity of the project itself, but also because of the unique location. 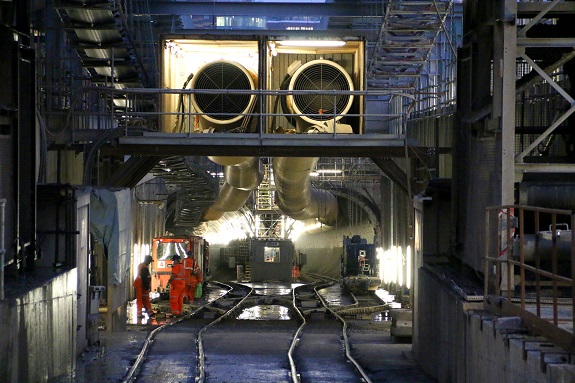 Both Phyllis and Ada faced a number of challenges when completing their journey. One of the oldest structures in their path was Lord Hill’s Bridge, which dates back to the Victorian era. To continue tunnelling, the bridge was required to have its centenary foundations reinforced and protected so Phyllis and Ada could continue digging towards Paddington station, a major rail terminus. Ada passed just next to the abutment of the bridge with only 4 meters of overburden cover.

Also as an additional complication, Phyllis reached Paddington just as the 2012 Olympic Games were commencing. Other Crossrail works were put on hold during the Games; however, Phyllis was given permission to continue to bore below Paddington without interruption. This special permission was granted by Network Rail due to the rigorous control, monitoring and assurance systems put in place by BFK and used throughout the project.

Both TBM’s continued to bore barely above the live Northern line tunnel in Tottenham Court Road, which continued to operate normally. Ada astonishingly did this with a clearance of only 850mm. Despite both TBM’s having very challenging drives, Ada has had a much more eventful drive than her sister Phyllis. In addition to what Phyllis accomplished, Ada has also traversed the diaphragm walls at Bond Street with minimum impact and dealt with an abandoned unidentified borehole at Great Marlborough Street. She also passed within a meter of a London Underground’s old cast iron lined museum tunnel, with negligible induced settlement. 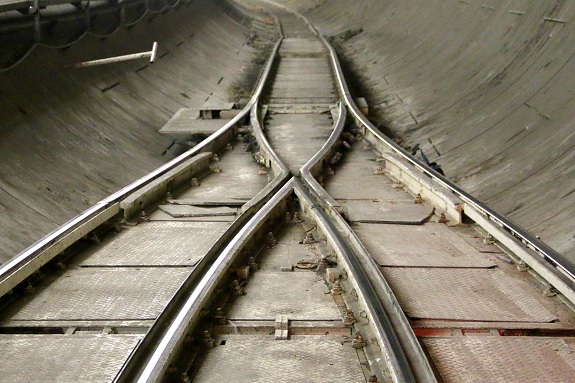 After reaching the east end of Farringdon after 20 months of hard tunneling by her and her crews, Ada will now be encased in concrete next to her sister Phyllis and beneath Charterhouse Square at Farringdon Station. This completion of the tunnels could not have been achieved without the exceptional dedication and skill of the BFK and Crossrail team. Most importantly, we reached these milestones on time and safely.

As part of Crossrail’s social programme, citizens of London were encouraged to submit suggestions for items to be included in a time capsule to be buried with Phyllis’s shield and cutter head. The time capsule was buried below Farringdon by Chief Secretary to the Treasury Danny Alexander, Infrastructure Minister (Commercial Secretary to the Treasury) Lord Deighton and Deputy Mayor for Transport Isobel Dedring station, to commemorate the first completed tunnel. The members of the public whose items were buried in the time capsule will be the first to walk down one of Crossrail’s completed tunnels.

When Crossrail is inaugurated in 2018, it will transform the railway system in London and the south-east: travel will be faster, railway system capacity will increase by 10%, and approximately 1.5 million additional users will be able to travel to the central business districts. Over 200 million passengers will use Crossrail each year.

At Ferrovial Agroman UK, as part of the BFK joint venture, we are proud to have been the first team to embark on this underground journey, and now we can celebrate the completion of the project’s first two tunnels. Both these milestones are an exciting achievement for all the workers involved in this incredible infrastructure, engineering and construction project.

BFK is now focused on delivering its final contracts of the Crossrail Project, the station tunnels at Tottenham Court Road, Bond Street and Fisher Street, and the new ticket hall and platform works at Farringdon station.