Transport routes are vital for serving and maintaining a smooth flow of traffic. A major challenge in improving the road network on the island of Tenerife was building a road to connect the towns of El Tanque and Icod de los Vinos.

This project is part of the island ring road, an infrastructure that improves the flow of traffic on the island. More specifically, the section between El Tanque and Icod de los Vinos is part of the road that will link the latter with Santiago del Teide.

Ferrovial Agroman executed twelve kilometres of new road. To minimise any impact on ecologically sensitive or protected areas, the route was analysed in depth to harmonise it and adapt it to the terrain so as to avoid major earth movements and embankments. 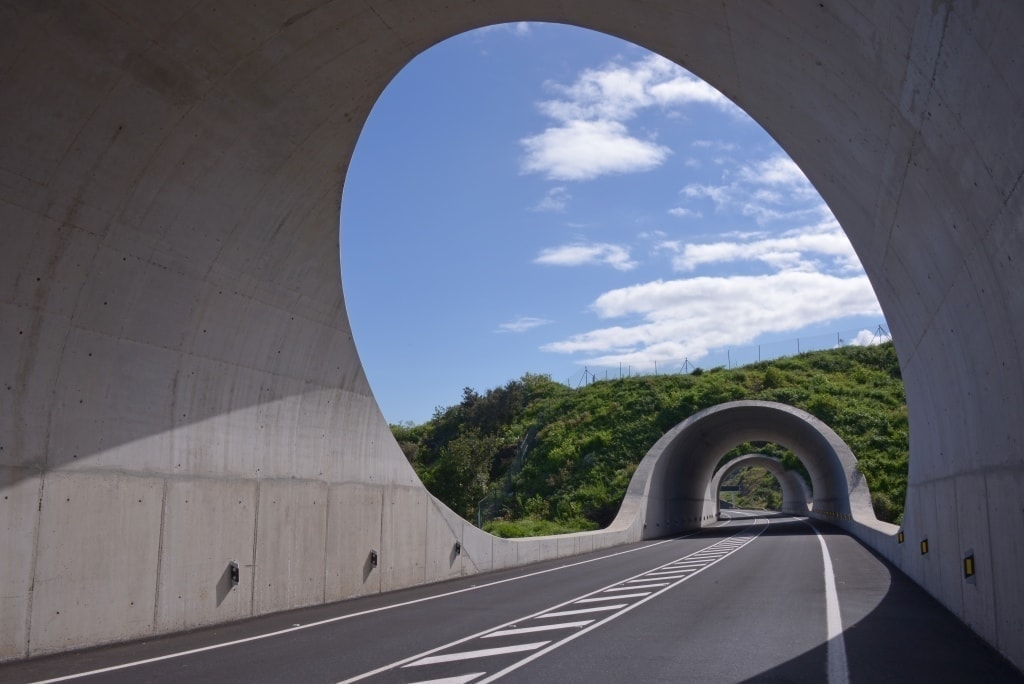 To achieve this, special-purpose features were built that help reduce the impact of this section of road on the area and the environment. For example, a viaduct was built over the Castro ravine, and a 1,240 metre concrete-lined tunnel was built in La Vega with a cross section of 160 square metres. It’s worth noting that this tunnel is the only stretch of concrete-paved road in all of the Canary Islands.

In short, these unique design elements minimised the project’s impact, a tribute to the excellent work of the engineers. Protection of the natural environment and construction of large infrastructure went hand in hand in this project, which was eagerly awaited by the people of Tenerife.