Getting the most out of networking 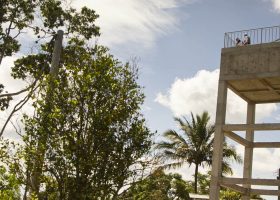 If I mention the word “networking”, I imagine you know what I’m talking about. What’s more, I bet you’ve been to at least one networking event. The concept goes well beyond the idea of “working in a network”; it’s about sharing, exchanging and learning.

Networking has become increasingly important in the last few years, giving rise to a plethora of tools and companies dedicated to strengthening and promoting it. Pure networking events, where you can chat with other industry professionals and exchange practices are constantly being organised. Thanks to networking, business cards still exist. 🙂

However, networking is viewed as a double-edged sword by many companies. On the one hand, it improves communication among employees while also facilitating the exchange of ideas and generating synergies. Moreover, the employee may be the ideal ambassador for the company’s brand while networking, raising awareness about its good practices. However, some organisations view networking and standing around talking while drinking coffee as a waste of time and, in short, a reduction in productivity.

Networking is not chitchat, it’s not talking for talking sake, and it’s also not “let’s talk about your processes or policies” or “define your vision and mission”. It’s more fluid and apparently more natural. In networking, almost anything goes, provided that there is a final objective. Even a seemingly trivial conversation can lead to new ideas for either party, even though the results might not be immediate.

Networking is not just learning from the experiences of others, it’s also a source of inspiration for your own projects. Learning other people’s “stories”, be they professional or personal, may be what triggers that flash of inspiration—perhaps not immediately, but maybe later.

How many times have you remembered the story you heard from someone you bumped into at a conference or while on holiday, or the neighbour you bumped into in the elevator, or even your grandparents, the greatest teachers of all.

Dialogue as the foundation of networking

Conversations are the essence of life, work, people and also teams. Conversing is not just exchanging words; it’s a two-way process that involves listening and contributing, it’s a win-win process, an opportunity for development and growth, a nice way to improve by learning from another person, whoever they may be, of contributing something to those around us and of conveying it to those we meet afterwards.

Like any type of sharing, it requires time, good intentions and good manners; nothing should be “forced” and there should be no barriers, just a desire to listen, and to contribute to and learn from those around us. It goes beyond curiosity about what others are doing. If you’re not willing to listen actively and to share your own knowledge and experiences, you’re not ready to be a networker. Networking is free, but the cost of not promoting it, doing it or encouraging it can be greater than the cost of investing a few hours and some resources to get the ball rolling. It’s another method of personal and professional development that we should take advantage of.

Networking at Ferrovial: secrets of the University.

At Ferrovial, networking is part of the company’s strategy and is integrated into several contexts. Networking has a presence in 2.0 tools, both internal and external, but also in places where ideas are exchanged, like Ferrovial University, as well as in the cafés, hallways, elevators, and at any time during the day. In a company that is so diversified and international, communication between people from different businesses, functions, nationalities and geographies is vital for achieving the organisation’s goals and the common objective. To that end, exchanging good practices, expertise and ideas is a fundamental part of addressing new challenges.

At Ferrovial’s Summa University, we know all about it, because it’s the company’s centre for learning and the meeting place for all of its people. At the University, learning is in the air, be it in the classroom, the terrace or the café.

At Ferrovial and at Summa, learning flows in networks. It’s our own private netlearning.