The opening up of the air navigation market in Spain. The birth of FerroNATS.

Beginnings have always been difficult. Now that more than 35 million passengers have passed through the airports at which FerroNATS provides air traffic control services, and with the management of more than 500,000 flights under our belts, we barely have time enough to look back and recall how it all began. But the fact is that there was a starting point and the journey up to the present has called for herculean efforts.

In 2011 the Spanish government decided to open the national air navigation sector up to competition in search for greater efficiency in the system. In accordance with this premise the aerodrome air traffic control services were put out to tender in 12 Spanish airports. FerroNATS, a company recently created through the joining of Ferrovial Services and NATS – the major provider of air navigation services in the United Kingdom – decided to participate in this call for tenders and was awarded nine of these air traffic control towers. The airports where said towers are located – Sabadell, Madrid Cuatro-Vientos, Vigo, Jerez de la Frontera, Coruña, Valencia, Seville, Ibiza and Alicante – included a wide range of airport types, including general aviation ones, airports presenting complicated meteorological conditions or large-scale commercial airports with more than 10 million passengers a year.

The brave decision of opening up this sector to competition in a market such as the Spanish one, where tourism is one of the biggest industries, was doubtless a unique opportunity to improve the system. The report ATM Cost-Effectiveness (ACE) 2009 published by EUROCONTROL made it quite clear that the costs per service hours of control services in Spain (ATCO employment costs per ATCO-hour) were patently higher than sector average: 193 Euros compared to the 98 Euros of the European average. The introduction of competition, subject to adequate regulation and supervision to ensure compliance with the highest European standards, stood as a clear path towards a more dynamic and passenger-oriented sector.

It is currently extremely rare to come upon cases where real competition exists between the providers of air navigation services, and Spain, through this process of liberalisation, has been a pioneer in this change in scenario. Today, in 2015, we can state that the results of the process have been clearly positive: improvements in punctuality, reductions in taxi times and a fall in operational costs. 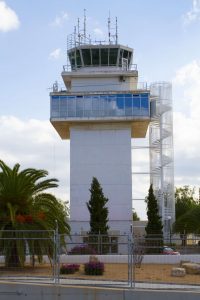 In barely two years FerroNATS has taken on the responsibility of managing nine control towers, following a transition period which has culminated in the change of air navigation services provider. The success of these changes is that of the entire Spanish system and of those agents involved: the supervisor, the State Air Security Agency (AESA); the regulator, the General Civil Aviation Department; the outgoing provider, ENAIRE, the airport management group Aena, and the incoming provider, FerroNATS. All of these bodies and companies have been essential to attaining the goal, calling for a considerable effort in coordination which has clearly illustrated the industry’s capacity to undertake complex enterprises satisfactorily.

From the point of view of FerroNATS the process involved great challenges: the selection and hiring off more than 100 air traffic controllers in just eight months, the drafting of transition documentation associated with the change of provider which needed to be approved by the AESA, the completion of training processes at the air control towers and, finally, the handing over of responsibility, with prior technical due diligence, on the part of the tower teams.

Today, after these nine transition processes, FerroNATS is a strong and well-established company, with a market share in Spain of 20%: one in every five flights that pass through Spanish airports is controlled by the company.