Nobody seems to be questioning the fact any more that CO2 and other greenhouse gases pose a real threat to the environment, and therefore to humans. According to NOAA, a new historic high was recorded in May 2015: atmospheric CO2 levels reached 400 ppm (parts per million) for the first time since records began.

And we’re not talking about modern records of atmospheric measurements, but about data extracted from ice cores. The amount of 400 ppm had not been reached for some 800,000 years. Gas liberation and atmospheric saturation, which leads to ocean acidification and an increased greenhouse gas effect (amongst others), has been happening since the first Industrial Revolution. And it will continue to escalate until we change the way we obtain the energy we use.

Cars, generation of energy for the grid, and industrial production are the three big sources of CO2 and other atmospheric pollutants. Cities have become the biggest emitters, due to the enormous numbers of cars that drive through them.

Just one city emits millions of tonnes of greenhouse gases per year, and carbon sinks have barely been able to absorb half of all the gases produced in the last century. According to James Butler, Director of Global Monitoring at NOAA, “Around 80% of fossil fuel emissions should be eliminated if we are to stop the increase in atmospheric CO2. But concentrations of CO2 will not start to drop unless we make additional reductions. And even then they would only go down very slowly”.

With such a high concentration of particles in the atmosphere, and with the world’s temperature having gone up by 1°C (out of the 2 that experts set as the limit some decades ago), it is obvious that something needs to change.

In this respect, Copenhagen is an example for all. Having received the European Green Capital Award in 2014, it has stringent regulations regarding construction and the integration of buildings in nature. Already for some time, and provided it is technically feasible, any new flats built must include gardens, something that brings considerable benefits. Although Copenhagen’s ultimate objective is a city with zero CO2 emissions by 2025, it is already reaping the benefits of having 20,000 square metres of greenery up above.

Every square metre of green space generates oxygen and traps dust (which includes high concentrations of CO2 and NOX) from the atmosphere.[1],[2]

In addition to this, vegetation reduces the risk of flooding by providing a layer of absorbent material which provides a buffer for heavy rains; brings down city temperatures, which means less need for air conditioning; and protects buildings from UV radiation – which causes roofs to deteriorate – or sudden changes in temperature.

Some of these rooftop gardens can even be used for growing fruit and vegetables, thus providing seasonal food for building residents. Healthy local food, which also contributes to capturing atmospheric CO2.

But compared to Toronto, Copenhagen is in its infancy. Toronto is world leader in green city spaces, with 1.2 million m2 of greenery on its rooftops. Yearly savings for residents having a garden over their heads are estimated at 1.5 million kWh/year.

Can this model be exported? Is it possible to pack up a garden and take it anywhere?

When we talk of Copenhagen or Toronto, what comes to mind is a flat city where bicycles are easy to use; with plenty of wind to drive wind turbines; and with large expanses of water nearby which act as a buffer for heat. In other words, a place where it is relatively easy to start reducing car traffic and create gardens to bring down pollution. But can this “green” model be exported elsewhere? 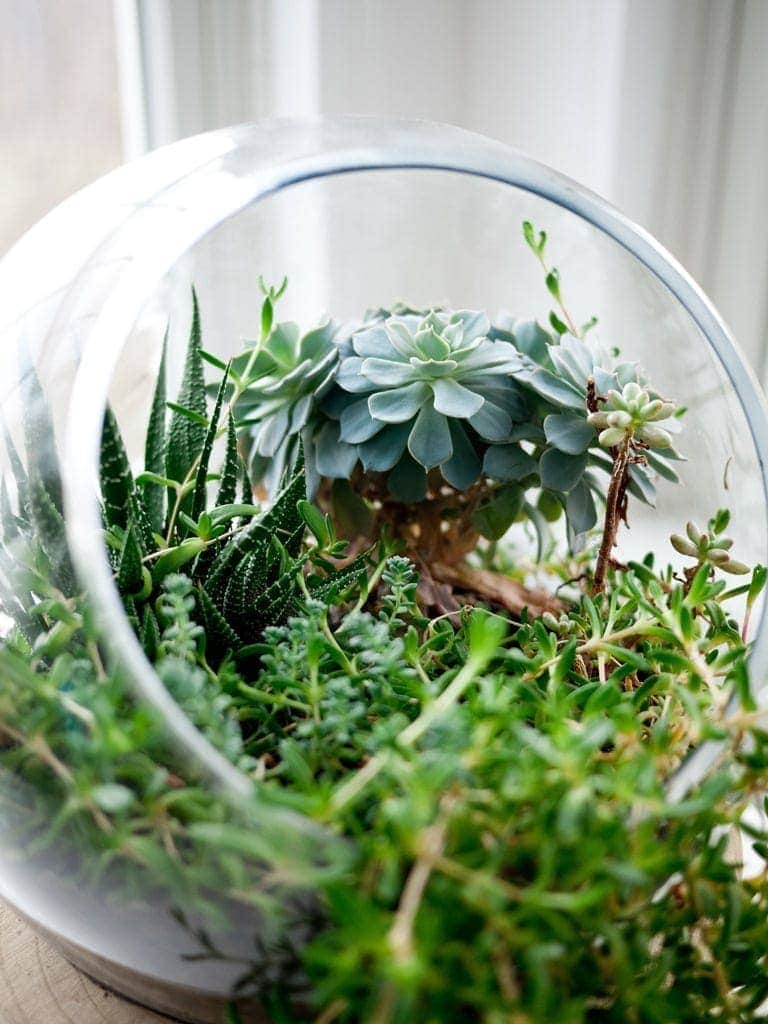 Morten Kabell, Copenhagen’s deputy mayor, responsible for technical and environmental issues, states that “exporting the model is perfectly possible. Most European cities could do the same, it’s simply a question of priorities and political will”. And he goes, encouraging Spaniards: “What you cannot do is create an exact replica, as every society is different, but it’s a model that can work in Spain or in Greece. Everybody can do it.”

Obviously, not all climates support gardens. Cities located in the middle of a desert or high up in the mountains will face climate issues which may not allow green areas. In temperate zones, however (and this takes in almost all of Europe), gardens will be possible if there is a flat roof, provided a study of the roof structure is carried out. Not all roofs have been built to be walked on, so not all buildings with flat roofs in temperate zones will be suitable. But what is clear is that any new build can be designed with the option of a rooftop garden in mind.

Even buildings without a flat or structurally strong roof can hold alternatives to a garden, such as solar panels or even sloping green areas with small shrubs in plant pots. This vegetation will carry out exactly the same function, whether residents have access to it or whether a specialised gardener has to put on a harness to prune the plants.

It must be kept in mind that a garden can be anything from a simple grassy cover, to a pond and trees, and that every rooftop is susceptible to some form of adaptation. 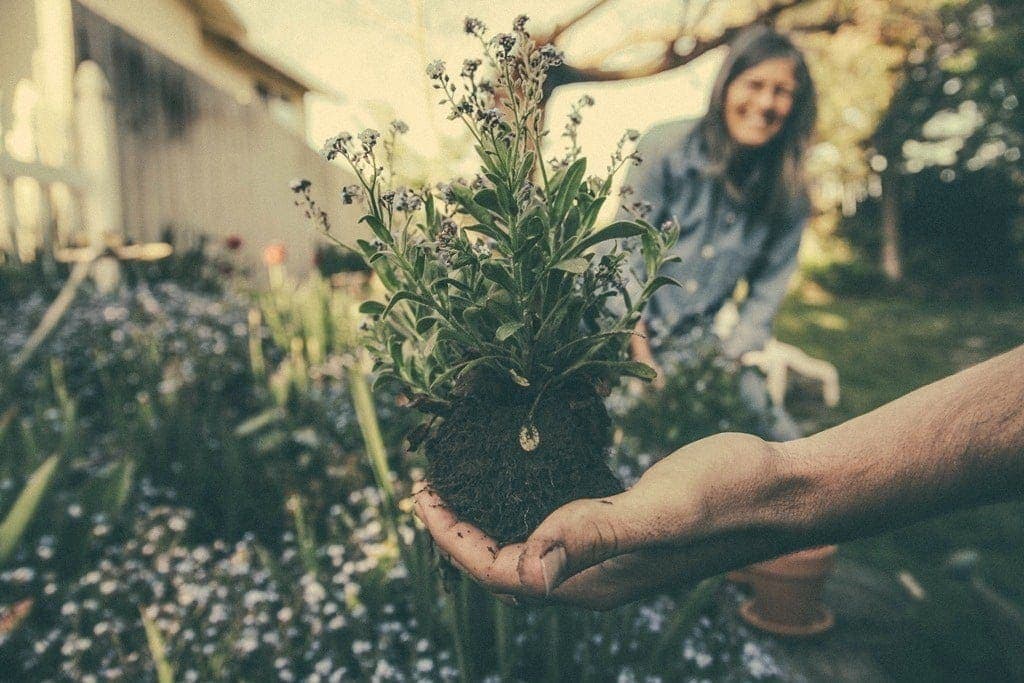 The cost of a garden

Taking into account that having a garden over our heads can save us money in both heating and air conditioning bills, and that it will protect the building from weather extremes, it seems reasonable to think that the best course of action is to run to the nearest shop to get some plant pots. But putting a garden on a roof comes with certain costs attached.

Simply throwing some earth on the roof and putting some plants in is not a very good idea. Before we build a garden on the roof, we need to know if the roof will be able to take the weight. Even though plants may not seem very heavy, the smallest project can add hundreds to thousands of kilogrammes in weight to the roof. If the architect in charge of the building advises against the planting of a garden, it may be possible to adapt the roof, even if there are costs involved.

The second crucial factor is whether the roof is watertight or not, as it wouldn’t make much sense to exchange heating costs for the cost of damp repairs. So a good watertight layer is essential, topped with several additional protective layers to prevent the roots growing through, a layer for drainage, a layer of sandy soil for filtering, and finally planting earth.

So much for the structural costs, regular maintenance costs must be factored in on top of this. And this does not simply mean a gardener or botanist to keep the plants healthy, but also engineers and technical experts to monitor against damp and cracks that could appear over time. The considerable weight of the different layers of earth and plants, which can vary from anything around 50 kg/m to over 250 kg/m2, could subject the building to strain and lead to damage which would not have appeared without the garden.

Why do this in cities, with all the costs involved?

Rooftop gardens in cities are a significant expense, much more so than planting a garden on the ground. So why not simply create gardens around cities to reduce pollution?

The reason is, obviously, atmospheric pollution in terms of parts per million at both locations. Over cities, the concentration of dust particles in the air follows a bell distribution: with higher concentrations in populated areas, and lower concentrations in the suburbs or surrounding areas (where there are fewer cars). Every city and urban centre is different, but this is the general trend.

If a garden is created in an area with low concentrations of, for example, CO2, the amount of this gas captured in the area will be very low, because there is not as much CO2 here as in the city centre. However, green areas in urban centres will capture considerably higher amounts of CO2, where it matters most.

But there are benefits not only to health. Factors such as ethics, public image and reuse of areas which before were wasteland are milestones for city authorities at a time in history when social awareness is much greater. And this, as is the case in Amsterdam or Copenhagen, attracts visitors, making “green thinking” an investment in tourism and grants.

Creating a garden has never been easy, even if on the ground. And putting a garden on a rooftop is a much more complex and expensive undertaking. However, we have reached a critical point in atmospheric pollution, and a change in paradigm is required: human activity must be integrated into nature, for it is a part of nature and depends on it. Last century’s thinking revolved around sprawling cities covered in concrete; this new century has started with renewed ideas around plants and greenery, which have become essential to our environment.