What does recycling have to do with roads?

Motorways are a darkish-coloured feature of our landscape, something not very “clean” when you first look at them, and have a history which until not so long ago was based exclusively on oil derivatives. So it‘s hardly surprising that popular culture doesn’t consider them something green and clean. But many newly-built, modern roads now use recycled materials from various sources, which means that not only can savings be made in the materials used, but also that the amount of waste in landfills is reduced. And in addition to this, recycled materials make for better roads.

It is already quite normal to find building regulations published in the State Gazette with specific requirements on the use of recycled materials and the conditions under which they must be used to meet quality and regulatory standards.

The black history of roads

Roads are a very common element in our society, yet they are also very complex. In the past, roads were generally built using surface components such as tar and bitumen. Tar, banned decades ago due to its carcinogenic properties, was obtained by distilling pitch; asphalt bitumen is the heaviest by-product obtained from the distillation of crude oil.

We can all recall scenes from Hollywood movies depicting groups of convicts breaking up stones by the roadside, with another group appearing later on to level the ground and pour hot bitumen over it. The first motorway in Spain was built using similar materials. Although part of modern road surfacing is still derived from oil, this scenario has changed significantly. 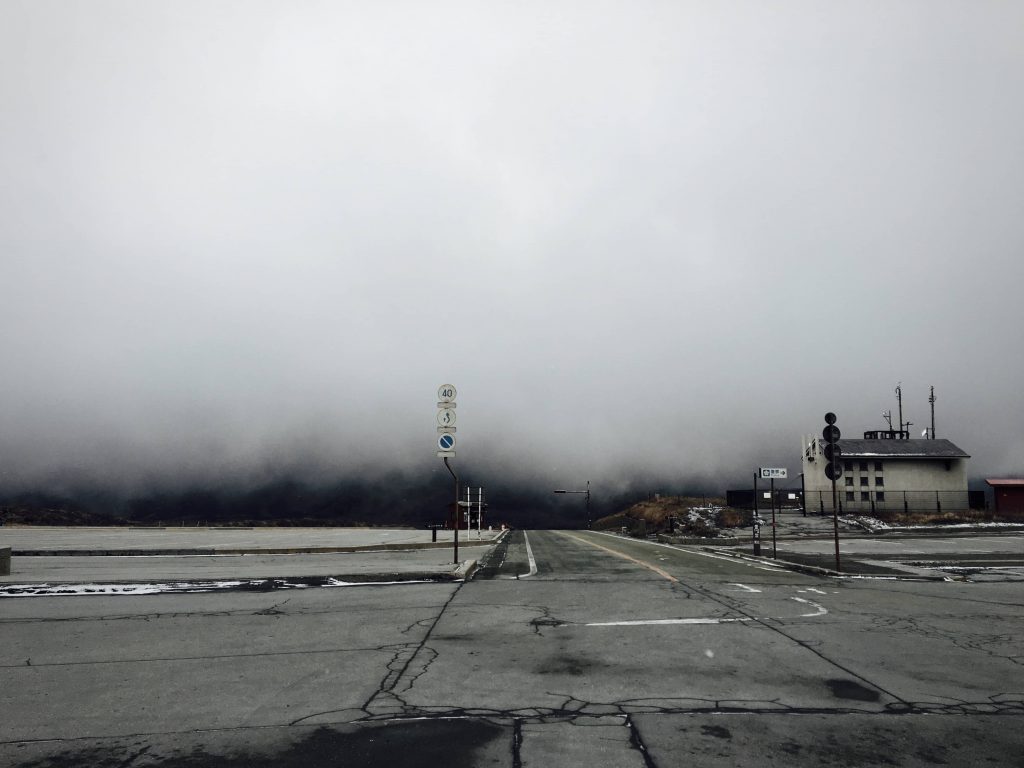 The United States have pioneered almost every technique related to recycling in the building of today’s motorways, and here in Europe we have used and adapted their first reports to measure environmental impact and explore recycling techniques.

A new committee met in 1989, this time including more experts on the subject who, concerned by these initial reports, decided to act. They published the RILEM TC-121-DRG, a dense technical document the aim of which was to set down the guidelines for demolition and recycling of concrete and masonry products, including concrete aggregate (gravel) and oil aggregate (asphalt concrete).

We cannot today realise fully, perhaps because environmental awareness has changed, how important it was that several companies were able to sit together to talk about these issues three decades ago. They gave rise to the movement that has recently resulted in the UNE-EN regulations for testing new materials.

What recycled materials are used in road building?

Following is an overview of the materials most commonly used in road building today (there are other options which don’t seem to have taken off, such as this one) which could potentially help to get rid of our plastic waste and results in a longer life cycle, by a factor of three.

In 2007, Spain was throwing out around 300,000 tonnes of tyres per year. And because regulations at the time banned dumping in landfills, these tyres were treated with chemicals in an attempt to disintegrate them, left to bleach in the sun hoping that they would somehow disappear, buried or burnt. Everything went, as long as they didn’t have to be processed for recycling.

One solution to this waste problem, already available a decade earlier but hardly ever used, consists in using the rubber dust obtained from recycling tyres for building new roads. This material, known as ELT (end-of-life-tyres) dust, is today used not only for road surfacing, but also in children’s play areas, as a base for trees, or in the textile and steel industries.

To obtain this dust, the tyre is placed on a conveyor belt which carries it to a blade rotor (also known as a universal shredder) which breaks it up into fragments of between 50 and 200 mm in size. A granulator (or fine grade mill) and a cleaning system then separate the metal, textile and granulated materials from the dust. This dust is mixed with asphalt concrete and used for the road’s visible covering layer, known as “bitumen”.

In 2007, only 300 km of roads in Spain had been built using this recycled material. But towards the middle of the past decade, the main manufacturers themselves set up a number of used tyre management platforms, tired of seeing how their products were thrown away as useless waste once their life cycle was up, with no recycling plant in sight.

Recycling of other roads and building works

The studies mentioned above, and other similar ones from different industry sectors, led to a public outcry. As a result, first of people pressure and later of political pressure, new regulations made it compulsory to use a minimum percentage of recycled materials in building works.

In the case of roads, recycled materials are used for all layers, since gravel and sand tend to have the same properties whether they are quarried or taken from a road which is no longer used. In this way, materials are taken from old works and used in new, thus avoiding the environmental impact of extracting new material from the Earth, and helping to get rid of something that no-one uses any more.

The process is relatively simple. Heavy machinery is used to extract parts of the structure to be demolished, these parts are then crushed to obtain particles of the size required and subsequently mixed with the materials used in new building projects.

What are the advantages of this?

Fortunately, there are studies to prove this, studies showing that recycling tyres to create rubber dust and using this for building new infrastructures leads to a drop in the cost of construction and operation (maintenance and fuel consumption), and that this is much less damaging for the environment than building with bitumen products derived directly from oil.

Another significant characteristic of these materials is not only their cost, but also that they last much longer. For example, the material obtained from adding rubber to asphalt concrete is much more resistant to cracks, due both to material fatigue caused by the circulation of cars, and to reflection cracking (bottom-up cracking) and top-down cracking (thermal cracking).

Moreover, the added cushioning effect provided by rubber dust means that there is less friction on the road, with cost benefits for drivers due to reduced wear on their car tyres.

Another overall benefit is noise reduction from cars. Noise pollution is a health hazard, and therefore any technology that can work to reduce it will be beneficial for our health.

A third environmental advantage, and perhaps the most significant, is the elimination of toxic waste which can be used as a raw material for building projects. A tonne of recycled rubber dust means there is one tonne less of old tyres in landfills, and takes the place of a tonne of asphalt concrete, which will no longer be required. 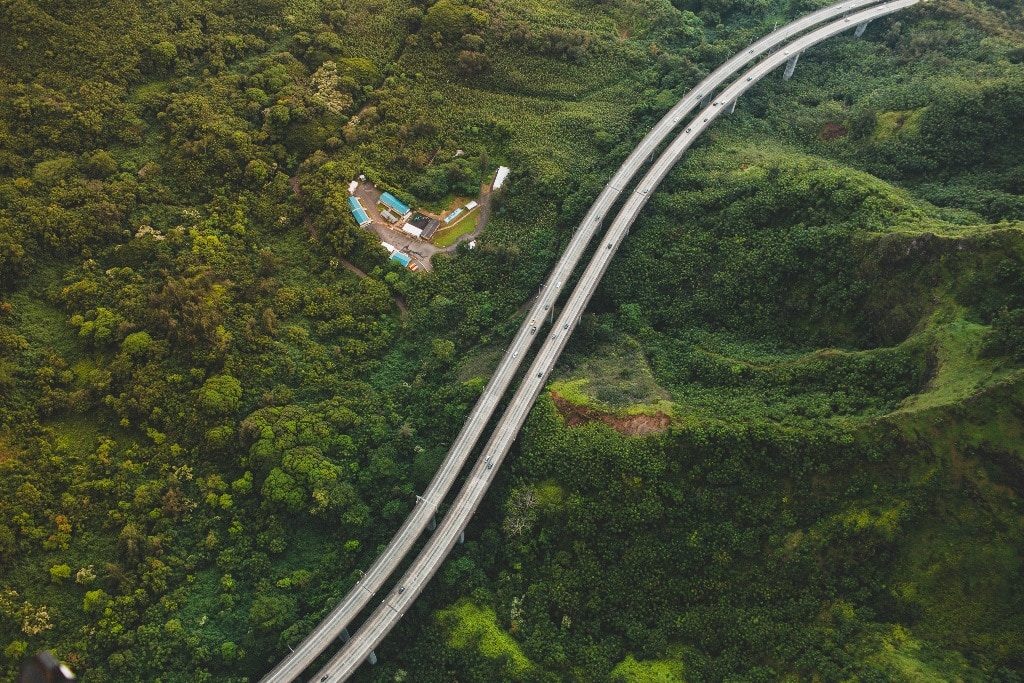 As we pointed out at the start of this article, roads are an essential part of our culture. We cannot even imagine what the world would be like without a road network along which we can drive freely. However, the fact that we need roads for travelling should not come at the expense of the planet, and ways have been found to minimise their impact. Making the recycling of raw materials and their use in building works a reality, and applying other relatively new and creative ideas to building projects, is essential if we are to preserve our environment.