Infrastructure projects require more than just technical capacity. It is essential to engage with the communities where works will be carried out, and the improvement of the Carrera 80 road is a clear example of this.

Ferrovial Agroman, together with Colombian building company Colpatria, was responsible for this project to improve connections between Medellín and the Atlantic coast, which involved widening the existing road into a dual carriage motorway over a stretch of 4.1 km.

The project site was in one of the poorest areas of the city of Medellin, around the La Iguaná creek, a torrential stream along the banks of which poorly constructed houses and uncontrolled rubbish dumps competed for space.

Strength in numbers: Socialisation of Carrera 80

Extension of the Carrera 80 road was an essential element of the Comprehensive Urban Plan developed by Medellin City Council for La Iguaná neighbourhood. But the residents of La Iguaná had misgivings about it. What would happen to their homes? What impact would the construction works have on the community? How would their lives change?

It was necessary to involve the community if the project was to be successful. People had to see it as an opportunity for boosting growth and social development in the area. The following initiatives were therefore put in place as a basis on which to build better relationships between companies, local authorities and communities: 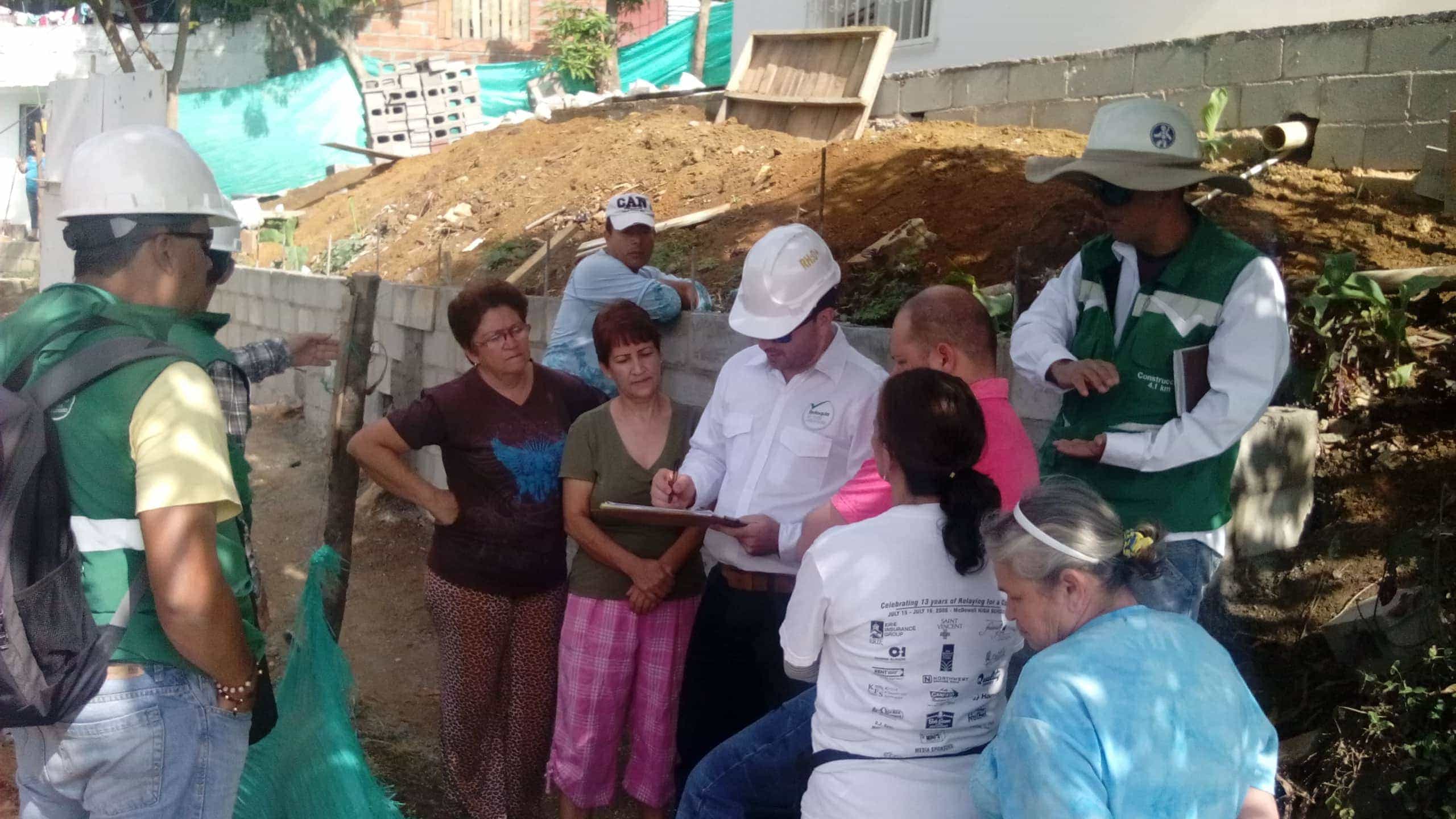 Geographical location: the technical challenges when building the highway

From a technical perspective, the project for construction of the Carrera 80 dual carriageway was no simple task. The geographical location of La Iguaná made access for machinery and vehicles difficult, so that it was necessary to build ramps and tracks. But that was not all. The space for carrying out the works was very limited, the surrounding houses being extremely close by. This was a key factor in determining the system to be used for excavation: explosives were used in rural areas, with CRAS expansive cements being used in residential areas. Depositing all the excess material from the excavation on the slopes of the creek, together with reforestation once the works were completed, has countered the effects of erosion at the project site.

The physical relief of the area made it necessary to build eight viaducts spanning 20 metres (of which two were built), 35, 60, 72, 80, 150 and 350 metres respectively. The 350 metre viaduct was named La Iguaná, and was without a doubt the most complex to build due to its location, length and height (up to 25 metres). To overcome the issue of the limited space available for construction works, two centering spans were built at the lowest, most accessible spot for manufacturing the beams, which were then subsequently moved to the buttresses of the viaduct.

The geographic location, on potentially unstable ground, and the proximity of the neighbouring houses meant that stability of the embankments was a crucial aspect of the works. Over 40,000 m2 of sloping ground was treated, using more than 70,000 metres of anchoring and 4,000 m3 of gunite concrete. In order to protect the new road from potential flooding, close to 800 metres of retaining wall were built, using reinforced concrete and reinforced earth.

A new life for the families of La Iguaná

Since it was opened on 21 October 2015, the new Carrera 80 has brought about a change in the quality of life for all the families of La Iguaná. Not only has it created employment; it has also improved tracks, built pavements, and planned pedestrian bridges which are now being built. Access to all the homes along La Iguaná has been improved and, above all, the community, which before had no say in developments and felt ignored, has now been given a voice and is establishing new and meaningful relationships and creating new opportunities