Would you like to know what happened in April 1975? Take a look at the Agroman Almanac

If you’re a fan of the Back to the Future trilogy, you will no doubt remember how the “anti hero” in the first two films, old Biff Tannen, gets his hands on a 1950 to 2000 sports almanac and takes it back to his “young self” of 1955 after stealing the DeLorean.

Since the almanac is a compilation of the highlights of sporting events from 1950 to 2000, Biff Tannen’s “young self” is able to look into the future, bet on the winner and build an empire, thus ensuring a better future for his “old self” and ruining the life of Marty McFly in the process. Luckily for Marty, his faithful friend Doc takes him to the future of October 2015 to change the McFly family’s life once more.

As in the Back to the Future film, Ferrovial Agroman also has its own almanac, a book published over a period of almost 50 years by Ferrovial Agroman to review the events of the preceding year.  So now, even without a time machine, we can look back and see what was going on in April 1975.

An almanac of this type gives an overview of every month, starting with a review of saints’ days. If we take a look at the month of April, it is difficult to choose one particular day, but perhaps the 7th of April is the one with the most original names: in addition to St John the Baptiste of La Salle, we have Epiphany, Saturnino, Pelusio, Donato, Rufus, Caliopo and Cyril. 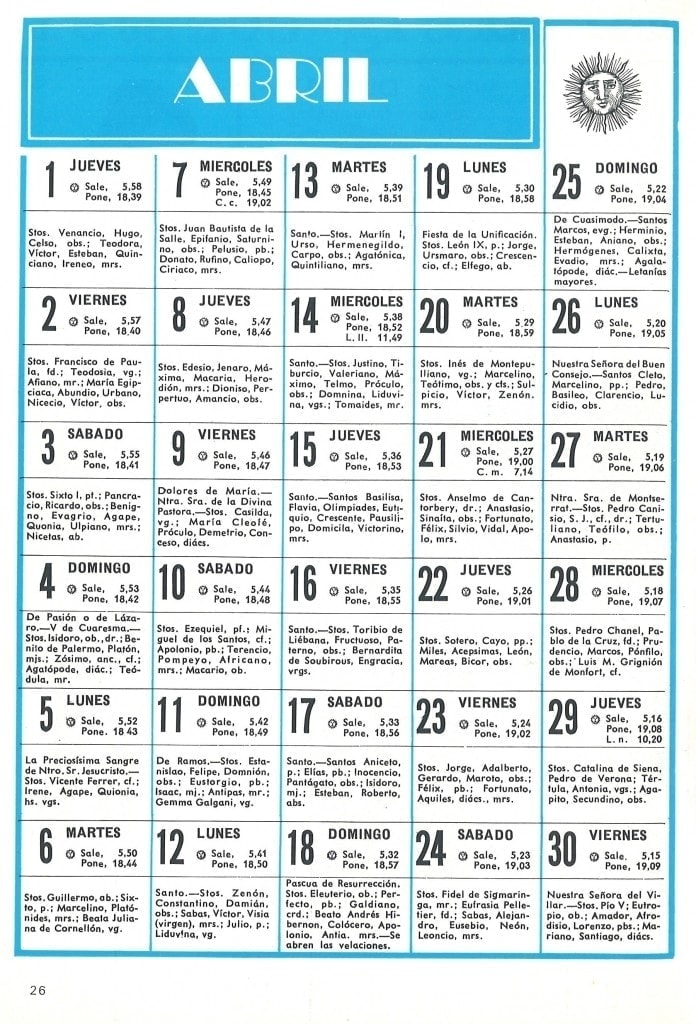 Another purpose of an almanac is to provide general weather forecasts for the new year, and in April 1975 the forecast was “April showers”, as the saying goes, with cool temperatures and westerly winds.

As we were saying before, Biff Tannen, from Back to the Future, turned directly to the pages detailing the events of each year. If we go back 41 years with the Agroman Almanac, we find the ending of the Vietnam War on 30th April 1975, with several pages dedicated to celebrating a peace that had taken 19 years, 5 months and 29 days to materialise. 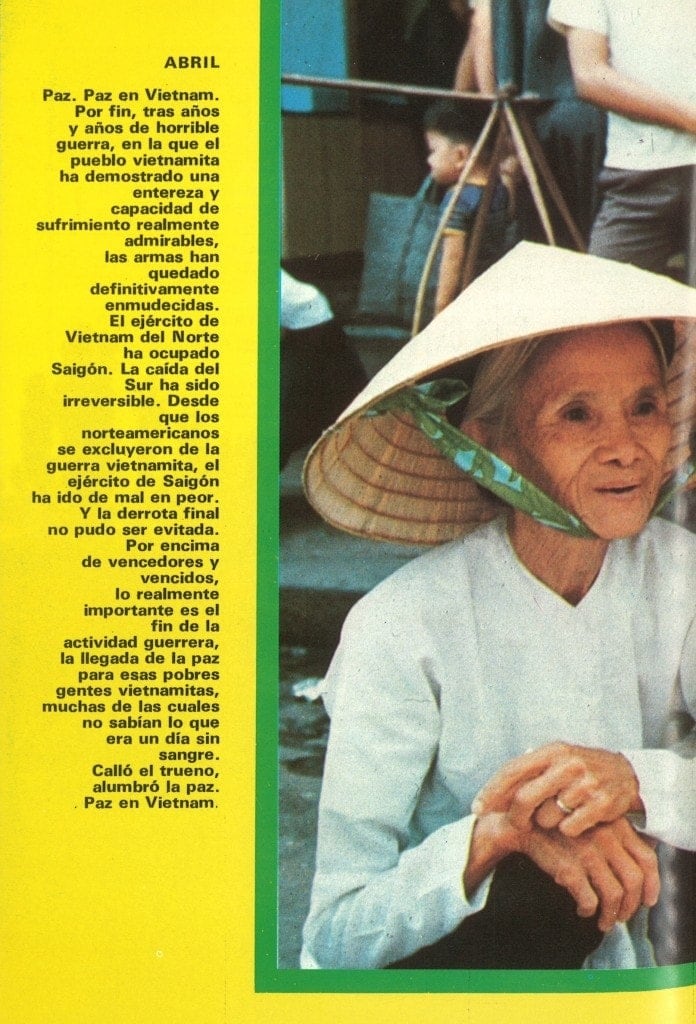 And there are more historical notes in the section on “Graphic news”, where the reader can find particular anniversaries and learn what happened on each of the days of the month of April 1975. Did you know that on 3rd April 1975 Karpov managed to become world champion without playing against Bobby Fisher (world champion from 1972 to 1975)? Or that on 14th April a horse named Chacal easily won the Madrid Gran Premio at the city’s hippodrome? 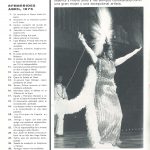 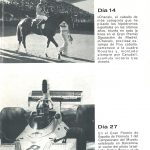 We can’t be sure whether the Back to the Future almanac had any pages dedicated to humour or leisure, with cartoons or games. But in the Ferrovial Agroman version there was always time for a chuckle with the “Paleta Agroman” Prize [N.T.: a “paleta” referring to the builder’s trowel] or space for a puzzle. And even for celebrating Snoopy’s 25th birthday (he was still young then…)! 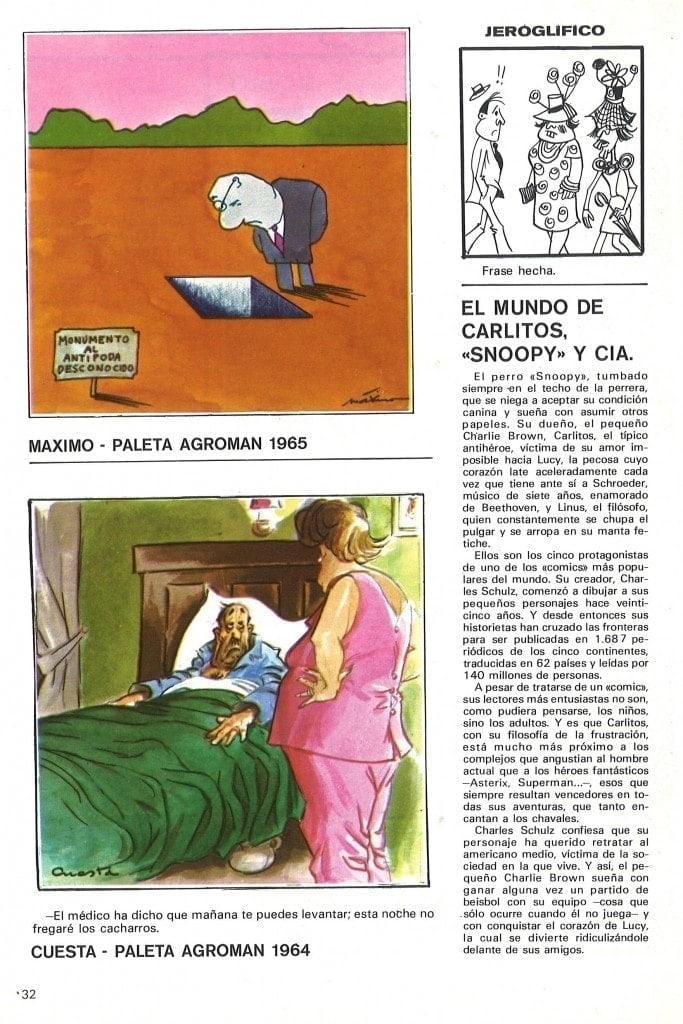 April 1975 was without doubt a month full of singular news items and events for readers of the Agroman Almanac. With or without a time machine, it is always exciting to open the pages of this book and see how everything has changed.

Do you have an Agroman Almanac? If so, please share your favourite photo, news item or cartoon from the “Paleta Agroman” Prize with us on Twittter @Ferrovialwith the  hashtag #ThrowBack.

If you’re interested in history, find out about Ferrovial’s by accessing this page.