It is very rare to find anyone from my parents’ generation (that’s the sixties for you) who hasn’t heard of those building blocks that fitted into each other to make structures which were at times taller than their own children. Subsequent generations find it almost impossible to find that grown up child who has never played with these blocks.

Basic, with a surprisingly simple mechanism… everyone was able to quickly work out what building principles applied in all constructions. For example, that you couldn’t simply pile up a vertical line of bricks (as they would fall over), or try to reinforce an vault or overhang with a vertical profile. Lego bricks turned us all into architects and engineers as children. Remember?

The first ever contact we all had with the world of Lego was through the 8-pin brick-like blocks which fitted into each other, and the development of which took decades of research. The first versions of this plastic block appeared in 1949, but it was not until 1958 that the blocks acquired those internal reinforcements which prevented them from bending and bulging: 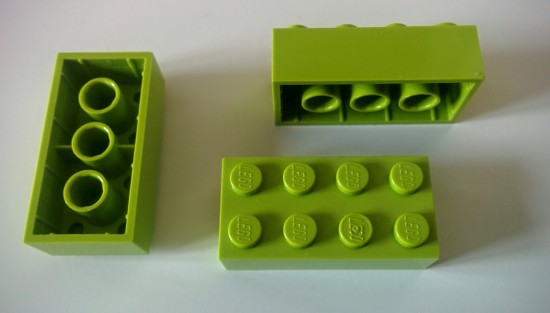 The possibilities offered by these blocks are limitless: just two blocks can be fitted together in 19 different ways (not taking symmetries into account); with a third block options increase to over 300, and with a fourth to close to 7,000. With just 10 bricks like the ones in the picture, there are more than 300 billion ways of fitting them together. 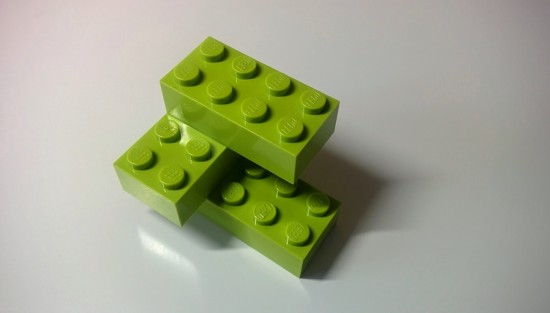 Given that we find it impossible to fathom such limitless possibilities, we all end up doing the same thing: building houses. It’s what we’re good at. There’s something that moves us to place one block on top of the other, to form a rectangle. And soon we’re learning important architectural principles.

Such as that if we build walls by simply placing one brick on top of the other, they will end up falling over. Because they’re attached to nothing other than the ground. If houses were built in that way, the merest push to the middle of the wall would bring it down. However, stacked so that the top brick covers half of each of the two below it, the building will easily remain standing.

And we also learned that if we try to make a large overhang, it will end up collapsing under its own weight, something the Romans discovered in the Pantheon. To solve the problem, the Romans lightened the weight of the vault, but modern techniques suggest that we use some sort of strengthening means while building horizontally.

As we grow up, piling one block on top of another stops being so appealing, and we start needing something more complex. As Lego architecture does not require the provision of facilities in its buildings (fortunately, the happy-go-lucky Lego figurines don’t need sanitary ware), the next step in complexity comes via engineering, and Lego Technic. 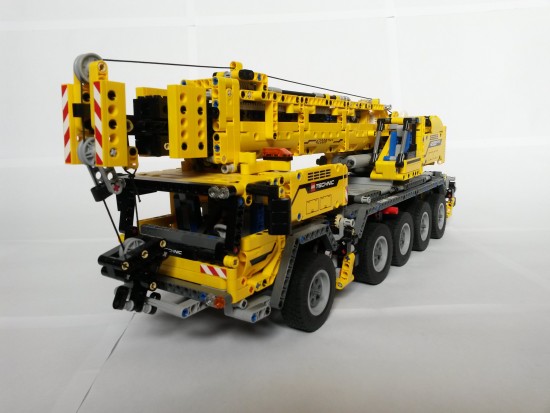 Houses with doors and windows are fantastic, until you discover that you can create complex mechanisms with engines, hydraulic pumps, cogwheels and tyres. It was suddenly possible to build complicated cranes, trucks and trains, robots, and even remote-controlled and programmable cars.

For many years, Lego became a simple way of teaching how to programme cranes with a lifting arm, or heavy remote-controlled cars, to name just two examples. But it’s not just vehicles that can be built with Lego pieces. The Internet has witnessed the growth of a whole host of builders and designers, with inventions as surprising as this clock:

Or artistic pieces with a rather questionable functionality, but with a hypnotic beauty which could well keep us absorbed for hours, simply because of the amazing way in which they work. Who said that art and technology had nothing in common?

Lego blocks, together with other similar blocks and building brands such as Meccano, the Spanish Tente blocks or the slightly older Exin Castillos (castle building blocks), have helped children (and not only children…) from all over the world develop spatial vision and a love for building, development and engineering.

In my case, I’m a technical engineer, and have had Lego Technic at home ever since I can remember. There must be a link there. What about you? Did you have Lego at home as a child? What did you build with it?