Recycling: it all began when the Greeks discovered landfills

Recycling is something the biosphere does as part and parcel of biological processes, ever since the beginning of time. A fallen leaf, a burned tree, a dead animal… basically everything that happens in nature ends up forming part of the biochemical, physical and geological processes which make ecosystems balanced and sustainable. 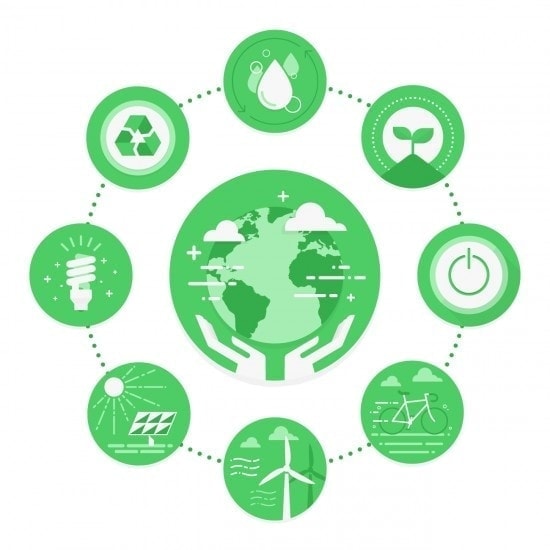 As humans have increasingly moved away from the biosphere’s biological processes, their ability to transform the environment has grown, with the introduction of new and differentiated systems and elements as a result of the capacity for transformation acquired over millions of years of evolution.

Metal working, agriculture, livestock farming, the growth of cities, textile manufacturing, the discovery of paper and other major milestones in the history of humanity have gradually introduced elements and objects processed through “artificial” techniques and methods which are difficult to integrate into the Biosphere’s own natural cycles.

Twelve thousand years ago, when the Palaeolithic period was coming to a close and the first relatively stable settlements were starting to appear, it began to be obvious that implements manufactured by humans through transformation of elements such as wood, stone, metals or textiles did not disappear nor were they transformed in the same way as naturally-occurring elements. Moreover, the manufacture of implements and tools was at the time a complicated and not very obvious task, so the policy was to reuse whatever was left from previous settlements, or objects that had deteriorated due to their primary purpose.

Already in prehistoric times, the first implements made from animal bones, stones or wood were reused to make other new ones for hunting or everyday use. It was neither easy nor simple to obtain the prime materials for manufacturing such tools, working such materials was likewise complicated, and so the most logical course of action was to reuse what was already there.

These periods in history were indeed very different to those which followed the industrial revolution. Times when reuse won over recycling. The concept of rubbish was also not apparent, for there were hardly any waste materials apart from organic and biodegradable matter. Recycling and rubbish are in fact very closely linked. What we reuse is not usually considered to be rubbish, whereas what we recycle is obtained from that which we throw away.

The origins of rubbish

The concept of landfill appeared together with that of rubbish. Peggy Ayres, researcher on the history of rubbish, states that the first rules relating to waste management date back to ancient Greece, some 2,400 years ago, and specifically to urban settlements such as Athens, which required that rubbish be buried at least a couple of miles from populated areas.

Even before then, the first landfills for rubbish were dug in the city of Knossos 5,000 years ago. And in China, bronze was already being recycled 4,000 years ago. 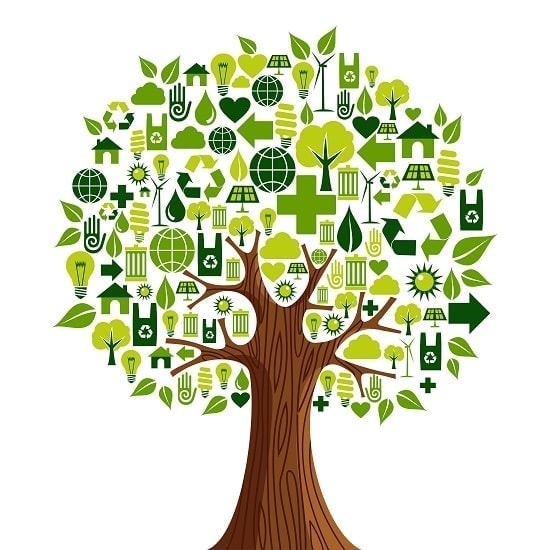 There is not much documentation available on the management of rubbish or on recycling, although what we have been able to learn about are the consequences of the mismanagement of waste over the periods when rubbish was thrown directly out onto the street. Or into the oceans, a common practice in coastal areas. It was not until 1872 that New York stopped throwing its rubbish into the East River. Disease and infections were rife as a result of such practices.

Obviously, there was not as much rubbish or waste then as there is now, but what there was sufficed to cause health problems. Think back to the plague epidemics which devastated Europe and Asia between the 13th and 18th centuries, and which were due to the accumulation of rubbish in the city streets.

Reusing and recycling are closely linked to scarcity. Initially, from prehistoric times and up until the industrial revolution, processing metal or textiles and minerals was a costly enterprise. In times of war, statues, coins and everyday objects were melted down in order to manufacture arms, for example. Paper started to be reused in the 21st century in Japan due to the inherent difficulty in manufacturing the pulp required to produce it. 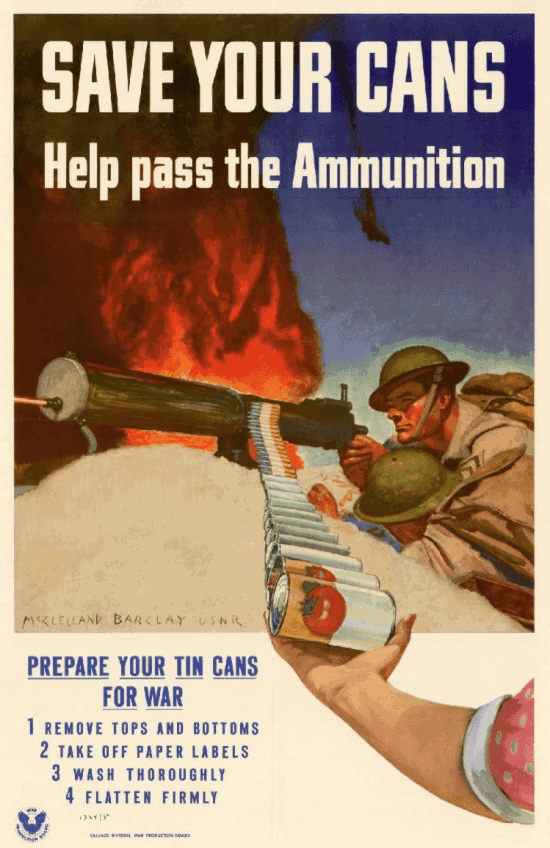 In New York, to take an example closer to our time, towards the end of the 19th century facilities were built to recycle and reuse different materials such as paper, metal, rubber, bags and even horse hair. Before industrial times, in countries such as the United Kingdom the reuse and recycling of materials such as clothes, metals or paper were a source of business for those who carried out such activities, whether officially or not.

After the industrial revolution, the processing and transformation of raw materials became a simple and immediate task, and recycling took a back stage. It was only in times of war that the reuse of materials and other objects became important again. During the American War of Independence, towards the end of the 18th century, recycling became common practice. The same happened during the first World War, although it was only during the second World War that government campaigns were launched for recycling and reusing all types of resources, from metal to rubber or paper. 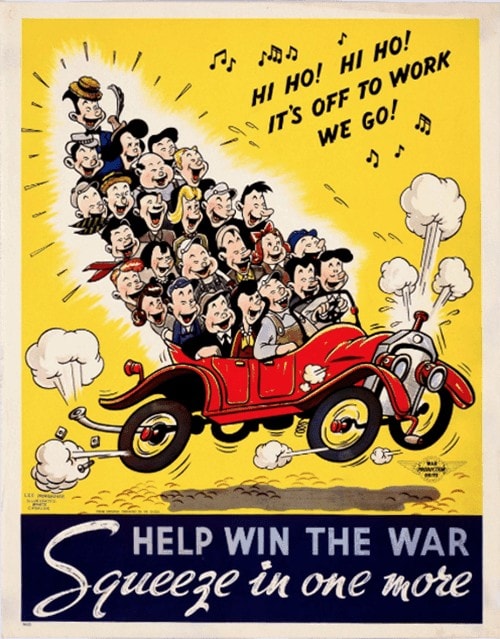 Campaigns were also launched to save energy through car sharing or food rationing with the infamous ration cards. Actors, people in show business and other relevant celebrities of the time used their image to promote recycling and reuse of all kinds of implements and everyday objects. But once the War was over, things looked up again and these practices were forgotten.

Interest in recycling would not return until the sixties, this time driven by the first environmental movements. The first ever Earth Day was celebrated in 1970, and with it came the now famous logo we all identify with recycling: the logo comprising three green arrows which represent the three steps in the recycling process (collection, conversion into new products, and purchase by consumers).

To mark that first Earth Day, a competition was organised for the design of a suitable logo, with the winner being California University student Gary Anderson.

Recycling methods have changed over time. Fortunately, recycling today has become an industry in its own right, benefiting from the usual processes of research and development aimed at finding new technologies and processes to improve recycling efficiency.

One of the most recent and spectacular adverts in this respect is the Apple robot, which can dismantle old terminals to recover metals and other components and reduce waste to an absolute minimum. Liam the robot can dismantle and classify the terminals that make it back to Apple with clockwork precision, and facilitates the extraction and recovery of metals such a nickel, tungsten, cobalt or copper.

On a large scale, recycling makes it possible to reuse components such as tyres for surfacing new roads. However, there is still a long way to go before we are able to integrate recycling in our industrial processes in a similar way to what happens with the Biosphere’s own natural processes. In fact, figures from Eurostat show that only 28% of the average amount of rubbish generated per person per year in Spain (481kg in 2013) is recycled; 15% is turned into organic compost, and the rest is either sent to landfill (31%) or burned (26%).

Elements such as plastic, which is extremely harmful for the environment, are being banned in places such as California, where the use of plastic bags in shops is no longer allowed since 2015. In other cases, materials are now being designed taking into account their subsequent recycling and reuse. 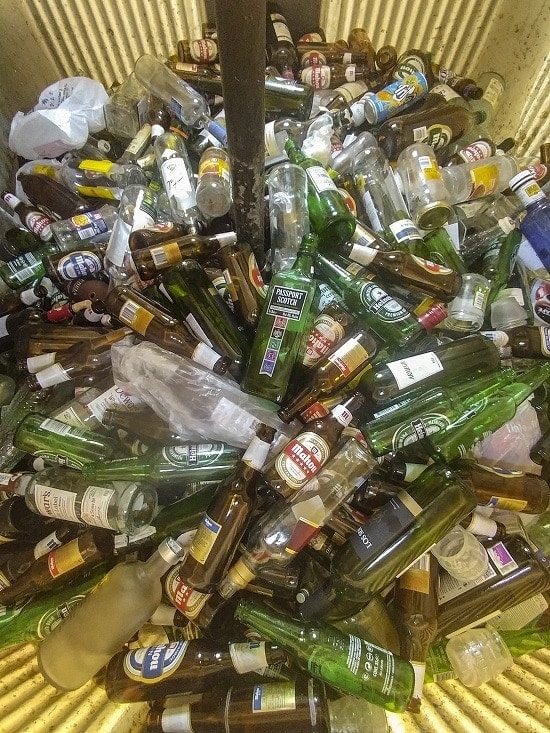 Other materials, such as glass, have been commonly recycled for a long time. In Spain there was a time when empty bottles received a refund on return, or an amount deducted when a similar product was purchased. Today, these types of initiatives are making a comeback.

Agriculture is increasingly using substrates and fertilisers derived from compost, instead of industrially produced synthetic fertilisers. A whole host of strategies aimed at making our relationship with the environment more respectful and sustainable.