How many of these lesser elements of construction are you familiar with? We owe them our lives

Oblivious to the world of construction in its more general and versatile aspects, most of us only see the so-called factory architecture: bricks piled up one on top of the other like Lego blocks  within a concrete skeleton. But you only have to get up close enough to become aware of some of the elements of construction which are crucial for any structure.

Elements which have gone unnoticed as construction standards have concentrated on specific materials and building methods. Elements without which we would not have reached the modern technological level we’re now at, and the use of which is still prevalent all around us.

Rope and bamboo bridges and scaffolding

Although we’re not used to bamboo here in the West –probably because it does not grow wild around us– it’s a fact that half the world uses bamboo both as a building material (in bridges, boats, trusses or watchtowers, for example) and as a construction aid (primarily in scaffolding). 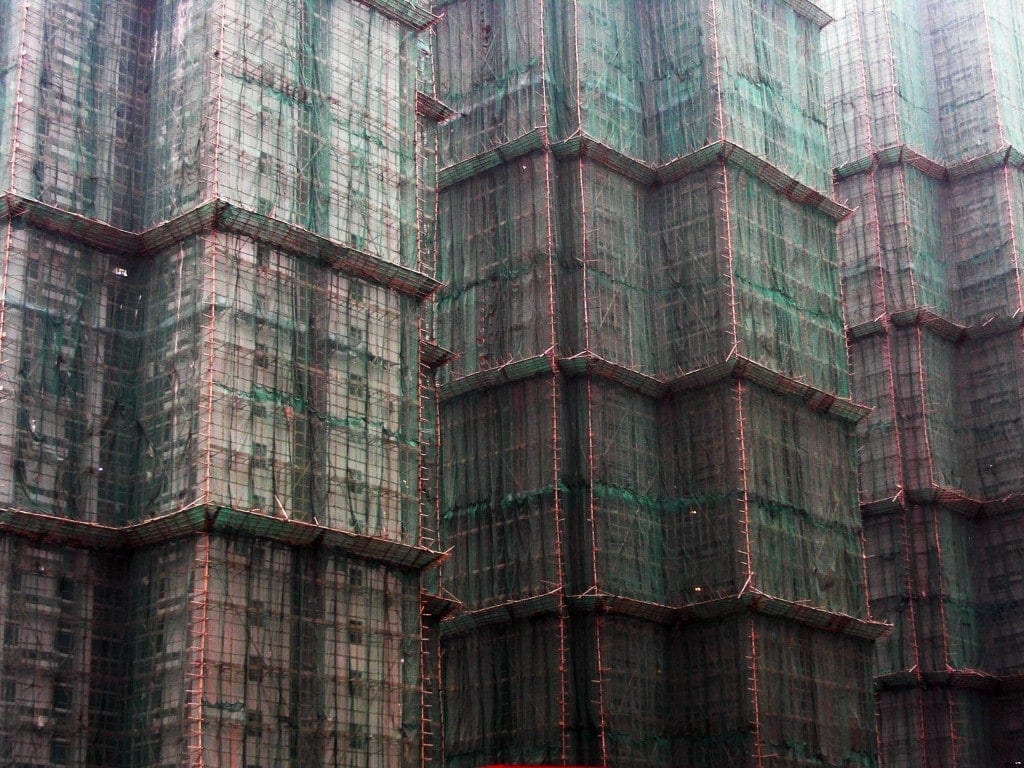 As opposed to other materials such as steel, bamboo has a mechanical resistance with many long-term advantages. It has just the right degree of flexibility and an almost ideal hardness, and it works well under any type of load. Moreover, working with bamboo is just as easy or easier that working with a steel tube.

Although its durability might be called into question in our Western world of concrete and steel, it is comparable to that of some wooden bridges and houses which still exist in Europe today. Some of these structures are centuries old. And the same is true of rope, a material which is obtained from various plants.

Stem of hemp (cannabis) showing its fibres, and a rope made from hemp. Source: Hemp

It was a combination of these two elements, bamboo (canes and stems) and plant-based ropes, that allowed us to build the first-ever structures and conquer the seas. An age-old example, which is still in use today, are the rope joints in scaffolding in cities such as Hong Kong (see photo further up), or the building of totora reed boats by Peruvian fishermen.

As I was saying, in the West we are more used to felling trees for construction –at least in previous centuries. We used these trees for a long time not only for putting up buildings, walls, towers and bridges here and there, but also for something more innovative and which, for several hundred years, was also much more destructive: machines.

Perhaps the invention which brought together all the technology associated with wood –trusses for supporting loads, wheels for movement, cogs for controlling speeds, and even potential energy accumulators– were the covered “siege machines” made by the Romans. Most of these included a battering ram which weighed over half a tonne and was capable of destroying not only the flimsy doors and gates usually seen in low-budget films, but also city walls several metres thick. 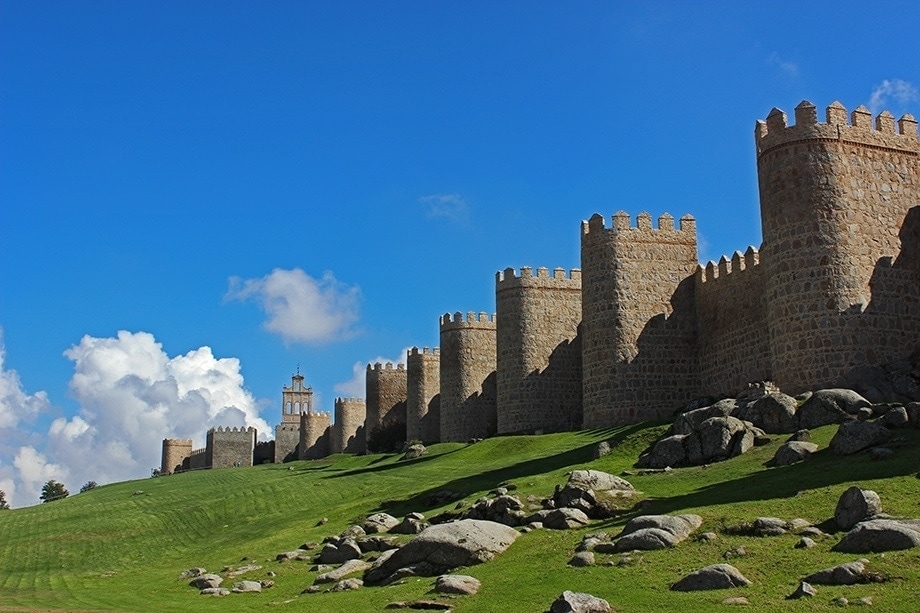 Here in Spain we owe much to this type of mechanical innovation (destruction using brute force), and can today enjoy veritable jewels, such as the city walls of Ávila, throughout the country. But we are not alone.

The rest of the world owes even more to the Romans’ thirst for destruction. Elements which usually go unobserved in buildings, but without which we wouldn’t have the level of comfort we enjoy today, derive almost directly (some with very few modifications) from Roman military machines. Examples of these are the lifting mechanism in elevators or in suspended platforms used in maintenance, where only the materials (steel struts and twisted polymer cables instead of rope) and the traction used (from horsepower to steam, diesel and electricity) have been changed to adapt them to our modern world.

Although metals have been around for thousands of years, it was not until 1850 that they really began to be used in absolutely everything. From being used almost exclusively for tools, metals jumped over to construction, from beams to industrial machinery, trains to entire buildings. And it’s not just the IPE beams, which are easily visible at any building site: there are numerous examples around us (yes, many of them in your own home), albeit slightly more hidden away, without which we would find life rather more difficult.

Welding is probably the most extensively used building method, and the one we take most into account. If rivets were what put 19th century buildings together, metal components today are joined by welding. From the beams making up the skeleton of the building in which you are sitting right now –joined by welding–, to the large telecommunications towers on which the internet signal you need to read this depends.

If you work in industrial premises, you will be able to see many welding seams, especially on ceilings where the trusses join the columns. Also in industrial premises is where many of the other small elements we use today are more obvious to the eye, for example bearings or expansion joints.

Bearings are used mainly in constructions based on metal (due to thermal expansion) to provide a pivoting axis. It is also very likely that you will have seen bearings on the ends of handholds in buses and carriages (photo on the left). However, they are most important for earthquake-resistant buildings ( fig. 1 and fig. 10). Without this type of joints, many structures would collapse in on themselves due to internal tensions, as would many constructions lacking expansion joints.

This type of architecture is very visible, but we tend to overlook the role that certain materials and ways of building play in it. People, for example, are spellbound at the size of the Golden Gate bridge, but that’s nothing compared to the feeling of awe they experience when they read the sign telling them that the larger cables measure 2.3 km from tower to tower, that they have a diameter of 92.4 cm, or that they are made up of 80,000 miles of steel wire. 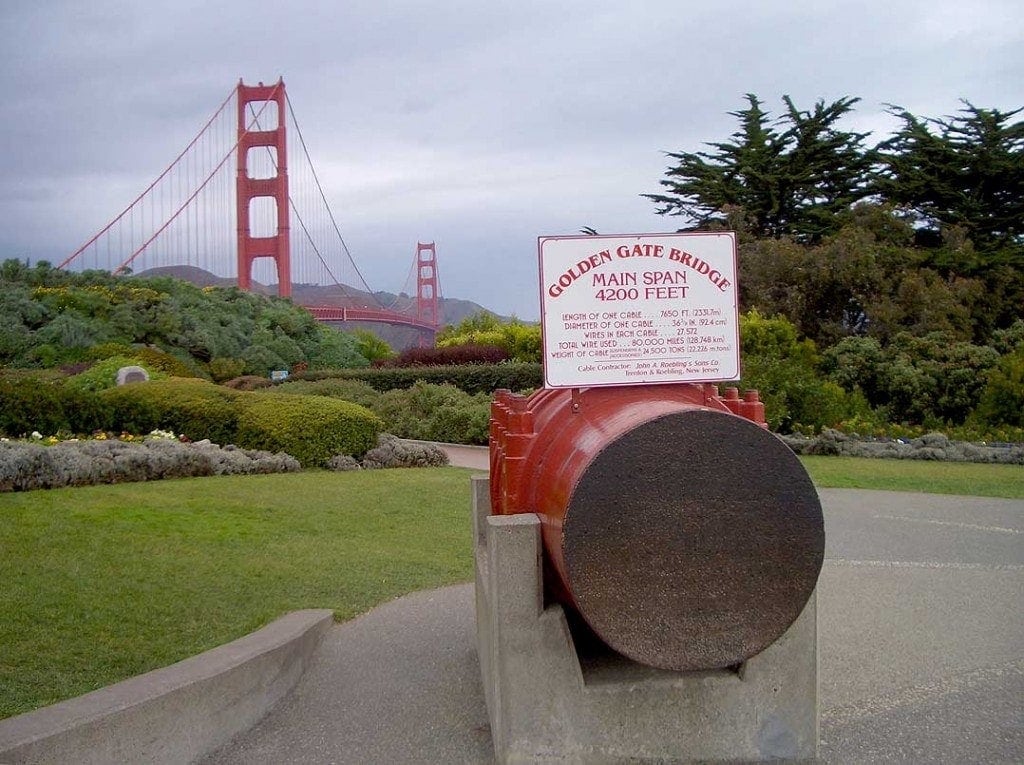 The Golden Gate bridge, one of the most famous hanging bridges in the world, showing a segment of cable. Source: GoldenGate.org

And though it doesn’t show up well in the cross section, the way in which the steel wires within the red cylinder are twisted is identical to that of any hair braid. The only differences are the material used (steel rather than hair) and the scale factor. 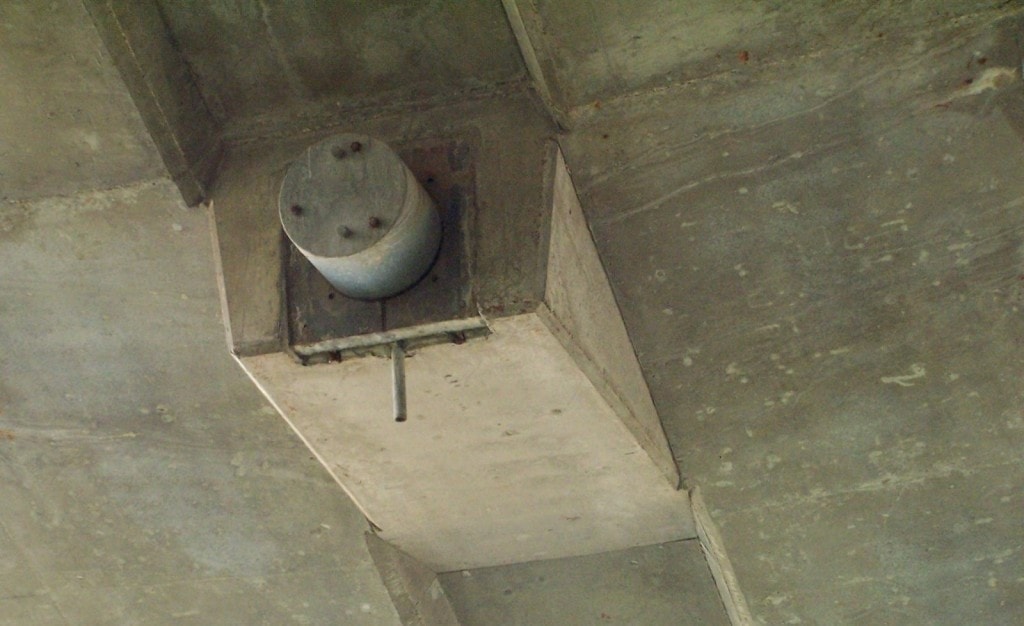 The photo shows the end of a steel tendon running inside a concrete bridge, tensioning the material. Source: Wikipedia

But it’s not only bridges that have benefited from these elements. We mentioned lifts earlier on in relation to the pulleys and other mechanisms they use; now we’ll go back to them for a look at the cables used for lifting, cables which are not very different from those used for pre-tensioning concrete so that it always works under compression (or squashed). If this were not done, the concrete in most constructions would end up cracking.

The last element I’ll talk about here (though there are more than enough to fill a whole book) are the links making up large catenaries or chains. What we now solve with a crane used to require a large wooden lattice structure and chains in the old days. What was then a necessity is today used as a decorative element, in transmissions (such as for bicycles and motorcycles), for loading and unloading large containers, and for little else.

We tend to think that building means staggering bricks one on top of another, getting just a little bit higher each time. But if we get up close to the building sites (or even to history books) we will realise that there are a whole host of elements without which any building, however simple, would be impossible to achieve.