When the only way is up - the emergence of vertical cultivation

Billions of people packed together in cities stretching far out over the horizon, with clouds of pollution shading whole countries. This is how the most pessimistic science fiction stories depicted population growth and cities of the future some years ago. Megacities with no discernible start or end, enveloping nature (and at the expense of nature).

Fortunately for us and for the whole planet, science fiction got it woefully wrong. Population growth continues; yet despite the many mouths there are to feed, we have discovered ways of planting large expanses of crops even within our buildings. Want to know how? Carry on reading…

Something that we seem to be aware of since we were children (perhaps because we’ve all germinated lentils on wet cotton in a glass jar) is that crops need fertile soil to grow. Without fertile soils, we have to resort to complicated irrigation systems and nutrient supplements.

This is what happens in aeroponics, where nebulised nutrients reach the plant roots. It is an ingenious way of growing certain crops (green lettuce, for example) in places where it would otherwise be impossible to do so, such as in the north of Alaska or in outer space. Some extreme and very specific cases.

But the majority of our crops depend on the soil. On healthy and fertile soils. Something which we are gradually making ever more difficult, mainly because of the intensive use of monocultures and a focus on high agricultural yields. In other words, obtaining as much edible produce as possible.

Moreover, our modern agricultural model is focused on the production of animal protein, which in practice means converting 50% of world cereal production into meat. One example: the 1.5 billion head of cattle in the world in 2010 required 61.235 billion kg of food per day. That’s according to figures from the FAO. 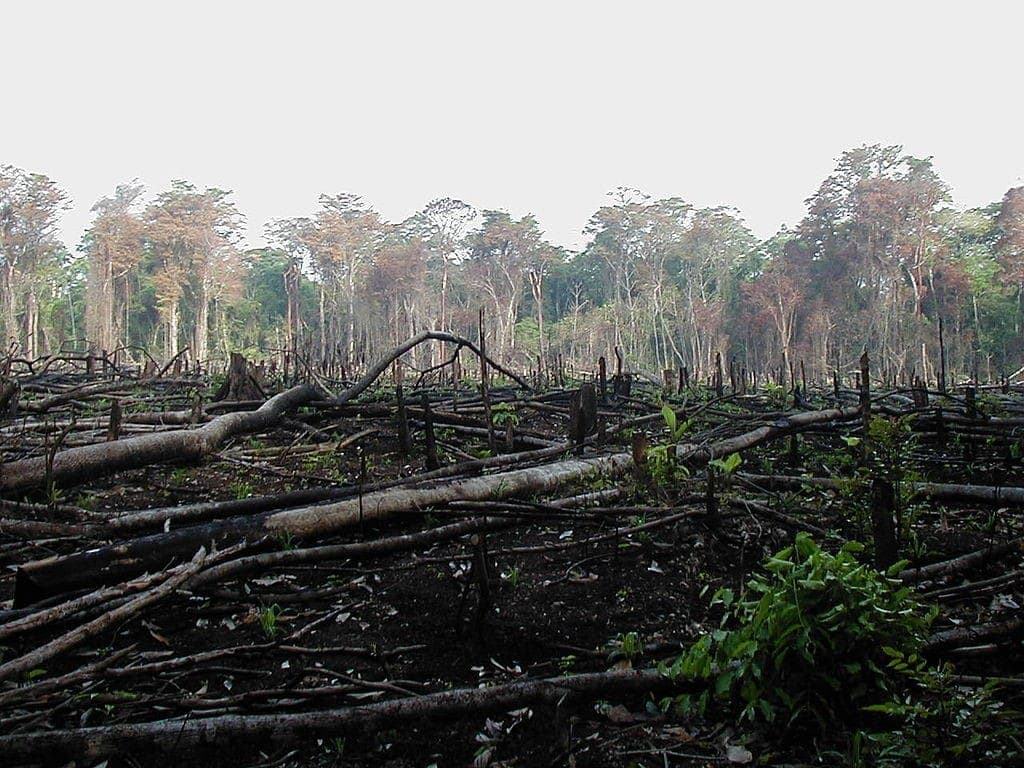 Jungle burnt for agriculture in the south of Mexico. Source: Jamidwyer.

Currently, large extensions of land in the world (around 70% of all farmland) use intensive cultivation techniques, the aim of which is to maximise production to produce more cereals. These systems end up depleting the soil, making it unusable and causing desertification.

As we deplete our fertile soils, we are forced to clear our forests in search of more fertile soil. An unsustainable process which is destroying the planet’s forests and jungles, in addition to creating local social inequalities which generate huge people movements, with traditional rural populations moving to the cities.

Cities which lack space and food that travels the world

This accelerated migration from rural areas to the cities (coupled to the persistent population growth) is overpopulating our already crowded cities. And this means that food supplies have to come from increasingly further afield to satisfy a much localised demand.

A limit to cities

Fortunately, laws and decrees passed towards the end of the last millennium are now ensuring that our cities do not spread to cover our entire geography. First by prioritising non-encroachment on Protected Natural Areas, then by doubling the size of such areas, and ultimately by setting limits on the areas that can be built up within each municipality.

Rocinha in Brazil), one of the largest favelas (slums) in the world. Source: Wikipedia.

In other words, we have fenced in our cities with regulatory boundaries to avoid them becoming a favela-type phenomenon, and hugely expensive in terms of environmental management, and indeed, any other type of management. Piping and sanitation, waste management, education… Everything is much more complex and costly in the long term in urban developments of this type.

The solution to growth is now down to the imagination of urban managers and architects, who must prioritise vertical construction as opposed to traditional sideways growth. Skyscrapers, which in the past century surprised us with glass offices, will in future be reconverted into residential homes

Nobody would ever dream of taking all the water from a river to the other side of the world in a lorry. It’s easier to use the water that’s available where you live, or to live close to a river basin. The name Iberia itself means the land of the river dwellers, for Spain and Portugal are countries with a predominantly dry and arid climate where cities grew next to river basins.

However, it seems that transporting rivers in lorries is precisely what humanity has been doing ever since we started overpopulating our inland cities. When fruits and vegetables grown in one city are consumed in another, three significant transport costs are involved:

Because fruits and vegetables are, essentially, water. And so what we are doing is transporting huge amounts of it in lorries (and burning fossil fuel in the process). 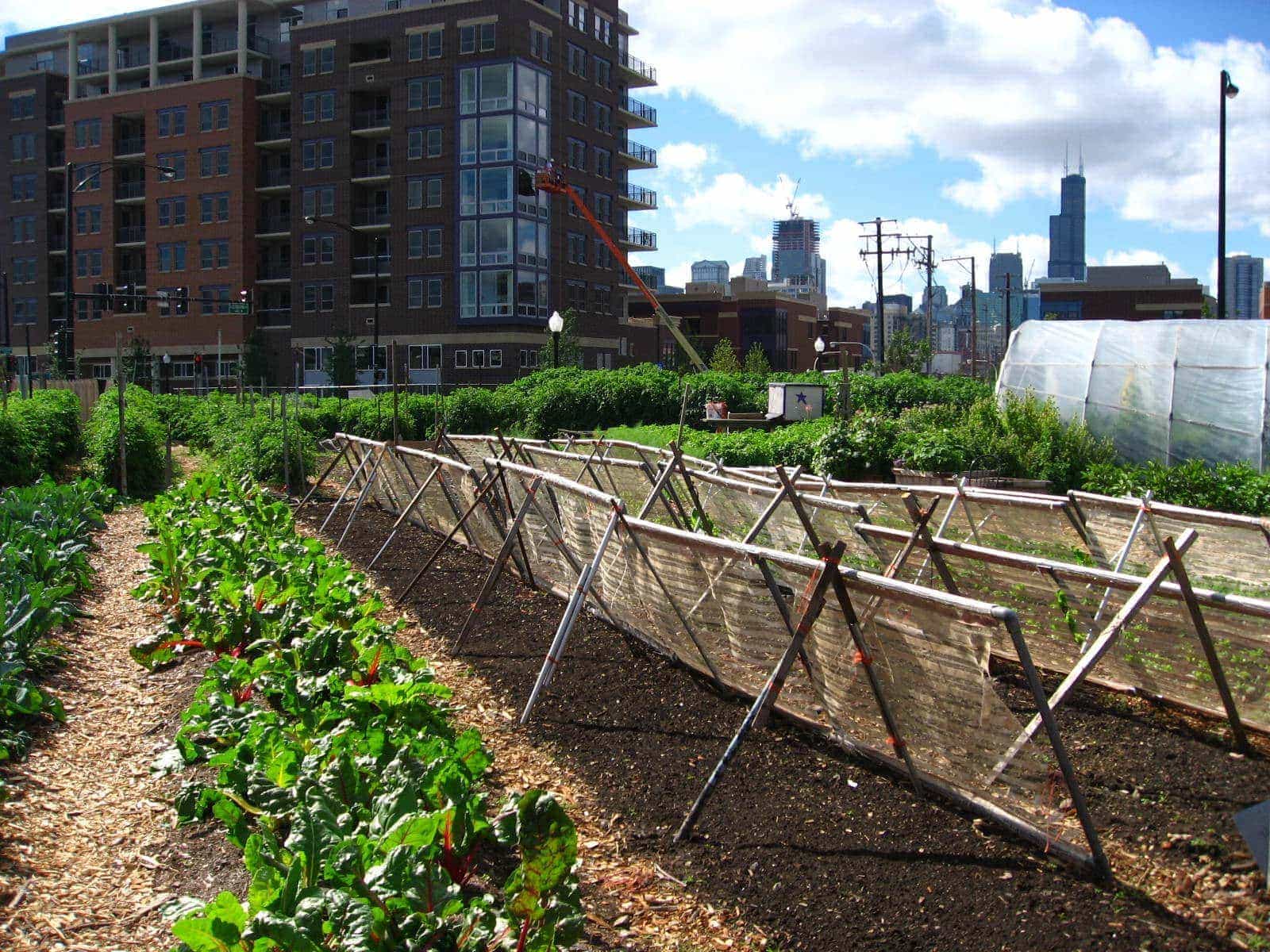 Again, fortunately, in the space of a few years urban cultivation has crept into our cities. Given their moderate size, these plots have been termed urban vegetable gardens, and they are helping solve pollution in cities from within.

All urban crops help reduce CO2 levels within the city, whether they are food crops or otherwise. And if to this beneficial factor we add another – avoiding the daily movement of thousands of tonnes of produce in lorries throughout the country – important synergies start to emerge.

The problem that arises when attempting to grow plants in the city is that not all cities in the world – especially where the population is still growing – seem to have space for solutions of this type. A conclusion reached by Dickson Despommier in 1999, who calculated that the roofs of New York would only be sufficient to feed 2% of the city’s population.

So then the question became: “Why not take the idea of growing crops on roofs to growing crops within the buildings themselves [and in each of their floors]?”

Vertical gardens in the city

This is the thinking behind vertical cultivation, or planting within buildings in our cities. Although it seems rather futuristic, the truth is that the original idea of piling up crops vertically comes from ancient Babylon, although we may perhaps be more familiar with the Mesoamerican chinampas.

The difference between then and now is that today we have the technology to enable us to grow certain edible plants within buildings, with some ideas that merit a mention:

One of these is that, as opposed to intensive crops which maximise production, the aim here is to bring the points of production and consumption closer together. If a large proportion of the population lives in cities, it may not be very environmentally friendly to grow organic food 400 km away; it would be better instead to consider what type of food we can cultivate closer to where people actually are. 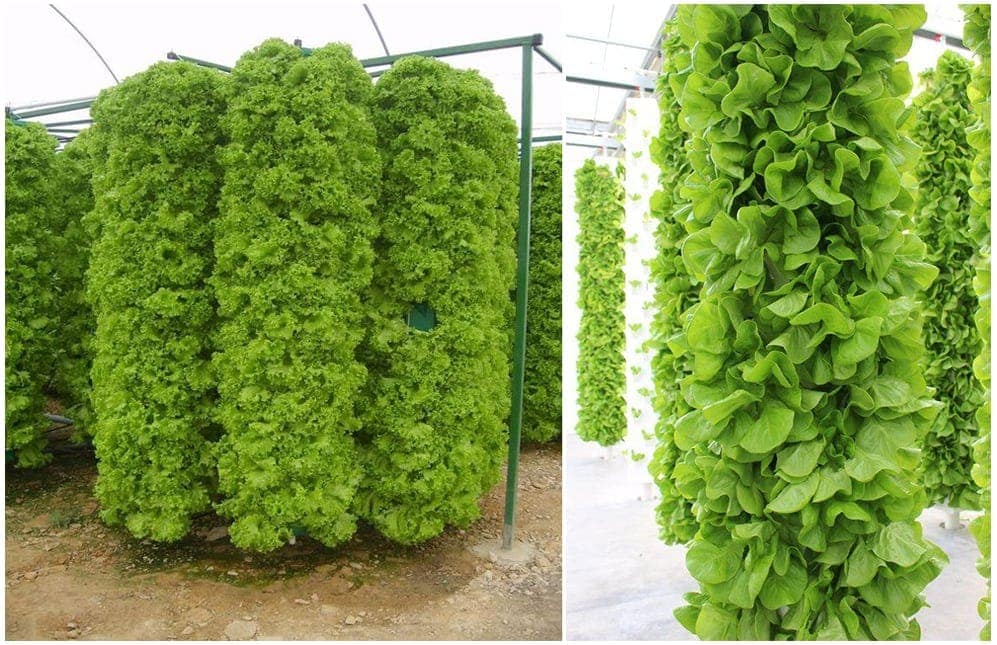 Another key idea is that you should not expect to grow everything with this type of cultivation. Robert Colangelo, CEO of Green Sense Farms, is very clear that “vertical cultivation will only count for part of the future of food”, since there are certain food crops for which indoor cultivation makes no sense.

For example, there is no sense in cultivating something inside a building if its global impact will be greater than the combined impact of traditional cultivation plus transport and distribution. And we have to consider impacts which go beyond the CO2 or water footprint. Biodiversity, soil disturbance, erosion, deforestation… as well as the social and cultural conservation of people’s traditions and knowledge are impacts that must also be taken into account.

The lack of space is a third idea speaking in favour of vertical cultivation. This is the case in places such as Japan, with a population density so high that it must import a huge amount of food. Dry and very arid countries can also benefit from this type of cultivation, since it avoids the evaporation of water.

It is, of course, not a perfect system, far from it. For one, it must be carried out in a closed environment for several reasons:

And so, to sum up: we should be aware that this type of cultivation has its limitations. Although extremely efficient and low impact for a limited number of crops, it cannot be used for the majority of vegetables and fruits if we are worried about the environment. It is not a panacea, nor can it be applied as the norm.

However, they can be used in certain settings within cities to avoid other types of impacts, for example, within slow food restaurants (known more widely as km 0 restaurants in Spain) which grow part of their own vegetables locally; or for own consumption.