The values of a large company...Ferrovial's values

My landing at Ferrovial in 2002 was by chance. I had been working for several years in very different sectors when I joined this great company’s service area, which at that time was at its early stages in the process of development and with some very attractive prospects.

My first weeks, my first impressions

The origin of the company was predominately as a construction company, and that was how it was felt from the beginning with various colleagues from the construction division with whom I was lucky enough to work on many joint projects. But something was changing…

After more than 40 years of focus on construction, ferrovial was taking a broader, different direction, where a more diversified future was coming about.

From the beginning, I was struck by the pride of belonging that I could see in all senior employees. Although in my early stages I could have confused this with what seemed like a kind of arrogance, it was soon clear to me that it actually was simply a deep feeling of pride in belonging to a “club.” In a certain exclusive way. Which was hard to access To use a football analogy, you had to show your jersey and get it sweaty but once you found your pace you would run differently, at another speed…  A pride forged over many years of hard work and strong competition where effort, ingenuity, rigour, austerity and companionship were key.

Austerity, the basis of Ferrovial’s character

I wanted to delve more deeply into the values ​​that have been shaping the character and marking Ferrovial’s way of working for more than half a century, and an unparalleled, simple, concise document fell into my hands. Taking no shortcuts, it offers a direct description:   “The Manual against Waste” a title that is a statement of intent in itself. Written by the founder of the company.

Edited in 1962 and written in those unforgettable typewriters that today can only be seen in museums or stories about the life of a writer from a certain time period.

The Manual against Waste

The Royal Spanish Academy dictionary (in Spanish known by its abbreviation, RAE) defines waste as “an excessive and superfluous expense“. Therefore, the fact that a specific manual is written on this subject implies the clear acceptance of focusing all activity based on a determining principle: Austerity. A principle that continues to be valid in the company and is deeply rooted for all who work for it, a concept that clashes with a social environment that is so focused on consumerism and today maybe even to a greater extent.

Although the manual focused its objective on the world of construction projects, it nevertheless suggests, in broad terms, a way of life, a way of conduct….

In its first paragraphs, it already states that “it does not claim to be a complete catalogue of the types of waste…,” that simply what is sought with this Manual is to publicize the existence of “something harmful that nobody benefits from…” 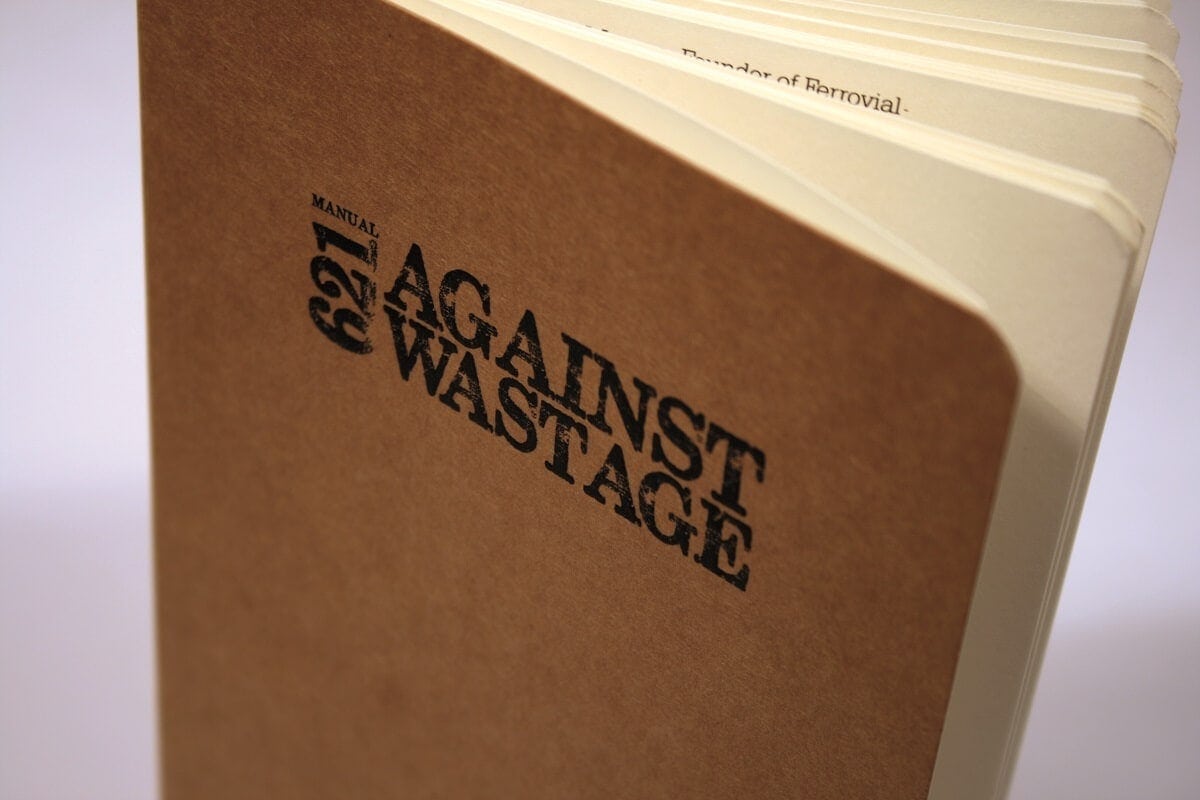 Written using direct language, which is undoubtedly another feature of the Ferrovial style, where austerity is also lavished on the use of words and on the way meaning is transmitted. “Using few words is enough for a good listener, go straight to the concrete and precise…”; “Orders must be clear and brief (we are not saying dry)…”

Austerity in communication that favours the use of time, another of the deep-rooted values in our DNA.  “Time in the workplace is gold, it is measured in thousands of pesetas… which add up on cost sheets…”

Keeping in mind savings by eliminating any kind of unnecessary cost, whatever the type…as a life philosophy.  “You have to do things with the least amount of work possible. This is not a recommendation to be lazy but a fundamental economic principle…” “If you had to pay out of pocket for what is being done, wouldn’t you find a way to do it faster or save money…?”

The necessity and importance of setting up adequate organization that allows perfect development work to be done is emphasised.  “Proper organization is the best weapon against waste”.

“Do not be thinking about what you are going to say next rather than listen to the other person…” “Knowing how to listen…” “you have to encourage the staff to make suggestions and observations, listen to them and not trash their ideas…” Forward from Zuritanken?

In short, the transmission of knowledge, the search for excellence, innovation through sharing experiences and best practices…

We manage shareholders’ resources and we have to do it adequately, rationally … be able to adapt to new situations and create value. 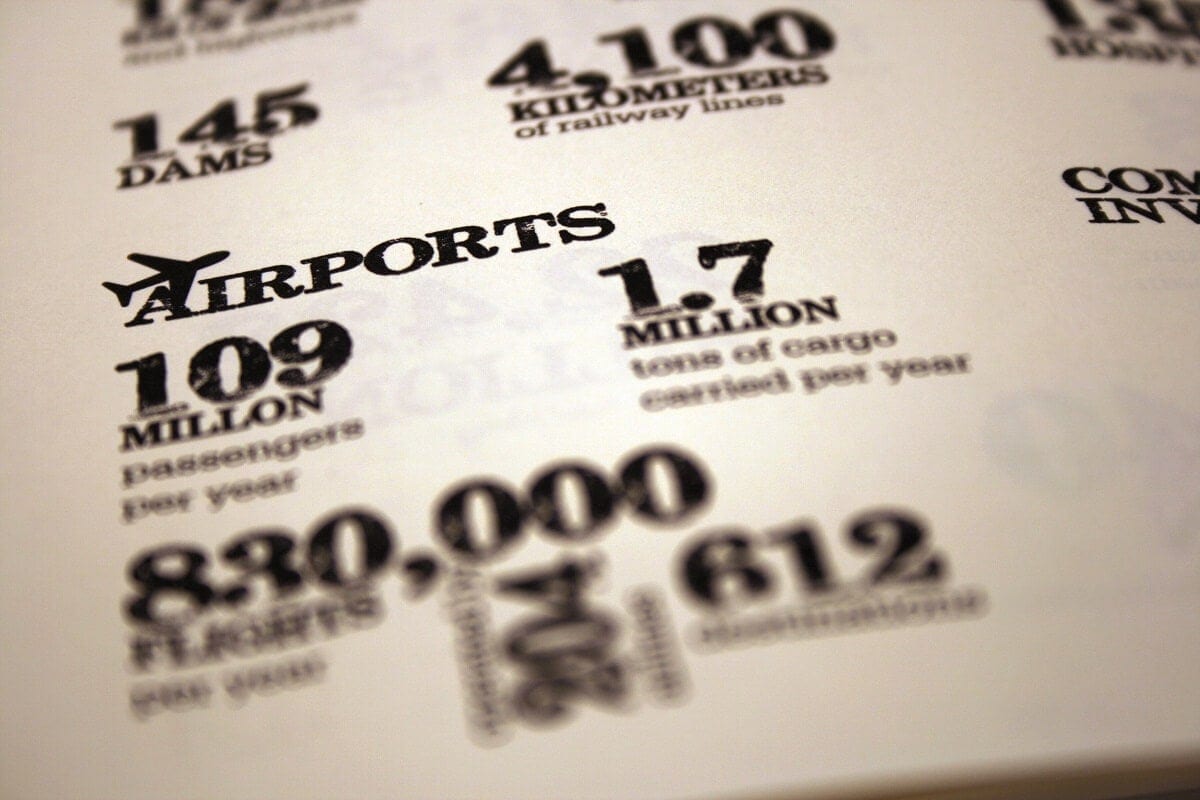 “Do not do the work that can be done by one of your subordinates, because the subordinate will not do what he must do and you cannot do what you need to do…”

What is this but the search for greater efficiency at work…?

. “Sometimes you cannot do that much preparation… urgency rules… but this goes for some of the time and not all of the time…” “Improvised or poorly studied work always costs more…”

The importance of planning the work, of defining the objectives we want to achieve, and how we are going to achieve them.

“What four people can do can be done by three people” a great phrase that uses words to explain ferrovial’s simple way of working. It would be like saying… do better with less, than doing with a lot that are not so good…

The Manual against Waste, written over 50 years ago, is a privileged source for understanding many of Ferrovial’s values. These values have been created and transmitted over many years by all the people who have been part of this exclusive universe, which continue to be valid and rooted in all of us who are part of the ferrovial world.