Why is salt spread on roads to melt ice?

Although we have seen that there are roads of ice on which it is possible to drive, for the most part drivers will try to avoid these improvised ice rinks. Therefore, when it snows, in addition to the snow ploughs opening a route over the white ground, we may quite often find workers shovelling around what from a distance might look like more snow. 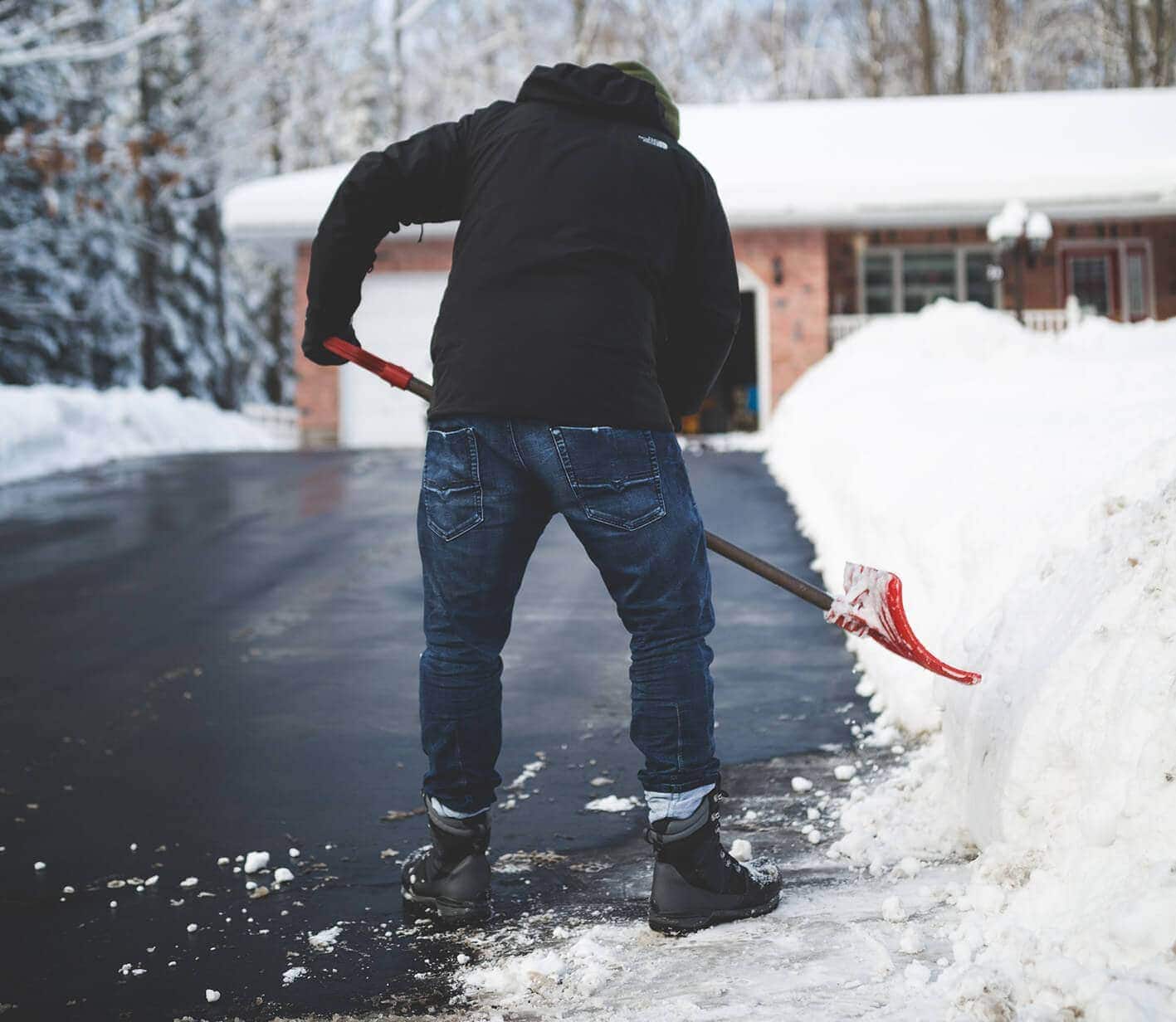 In fact, it is salt, or sodium chloride, that is spread over roads and paths. Lorries truck it in from nearby storage depots and, shortly after covering the road with it, the snow and ice starts to disappear, turning into water which drains away along the side of the road. Why is salt used to melt ice? How does salt melt the snow?

What are salt and water made up of?

Some people think that salt, spread as dust or brine over the ice, is what melts it. As if the reaction between the two was exothermic (i.e., giving off heat), and thus melted the snow or ice to water again. Nothing of the sort happens, which is where the magic of chemistry lies: the temperature doesn’t rise when you mix salt and water.

On the one hand, we have salt or sodium chloride (NaCl), a crystalline structure not very different from the stuff we keep at home for seasoning food, made up of sodium and chlorine atoms. Although we see it as dust (it’s a crystal, but it fractures easily), seen through a microscope it has a grid-like structure in which sodium (Na) and chlorine (Cl) atoms are arranged in such a way that each is surrounded by six atoms of the other. Here’s what it looks like in a mine, with impurities mixed in of course: 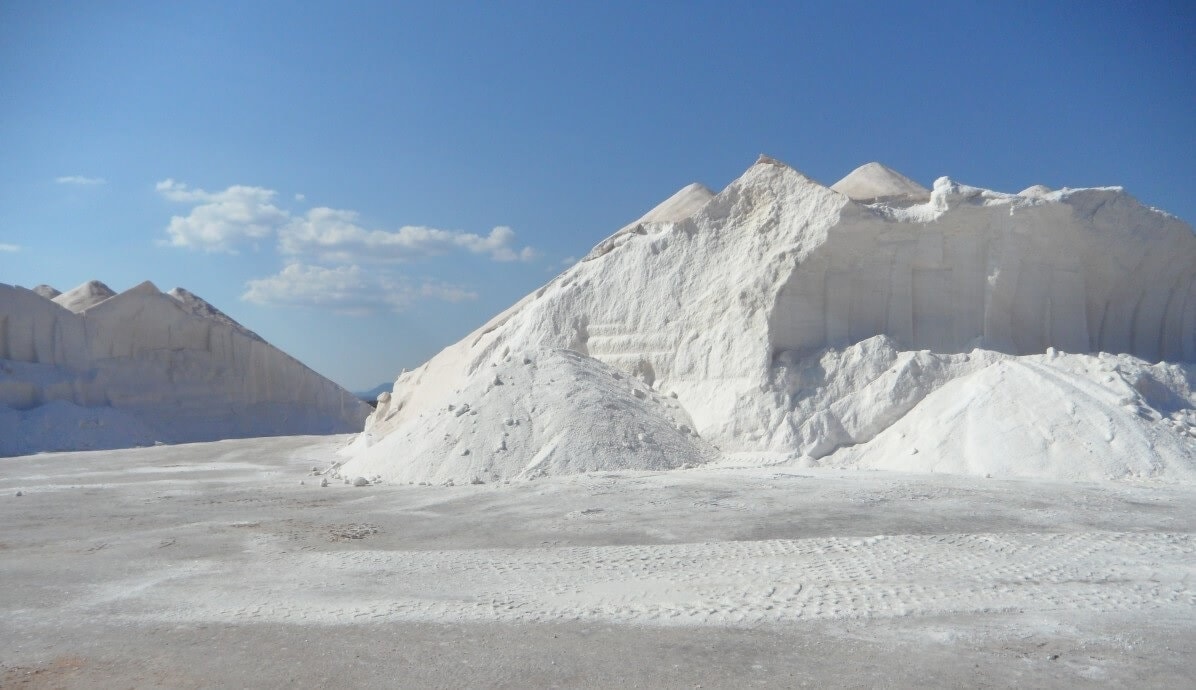 At an atomic level, the chlorine in salt has a negative charge (Cl–), while sodium has a positive charge (Na+). As there are the same number of atoms of both, the crystal or dust is neutral.

And these are important, because it is precisely these hydrogen links that give water interesting properties, such as high boiling and melting points (100ºC and 0ºC respectively). The key to how salt melts ice is in this last figure, and we can test this out at home.

Salt doesn’t melt ice, but rather combines with it to lower its melting point

There’s a very interesting experiment we can do at home. Take three bowls or similar sized containers (it’s best if they are made of plastic or flexible), fill them with water and put them in the freezer. Once they have completely frozen, take them out and do the following:

And then just wait and see how the contents of the third bowl turn into water well before the first, and how the ice of the second bowl takes some time in between. Why is this? The key, though invisible and at an atomic level, is in the hydrogen links. Let’s take a closer look. 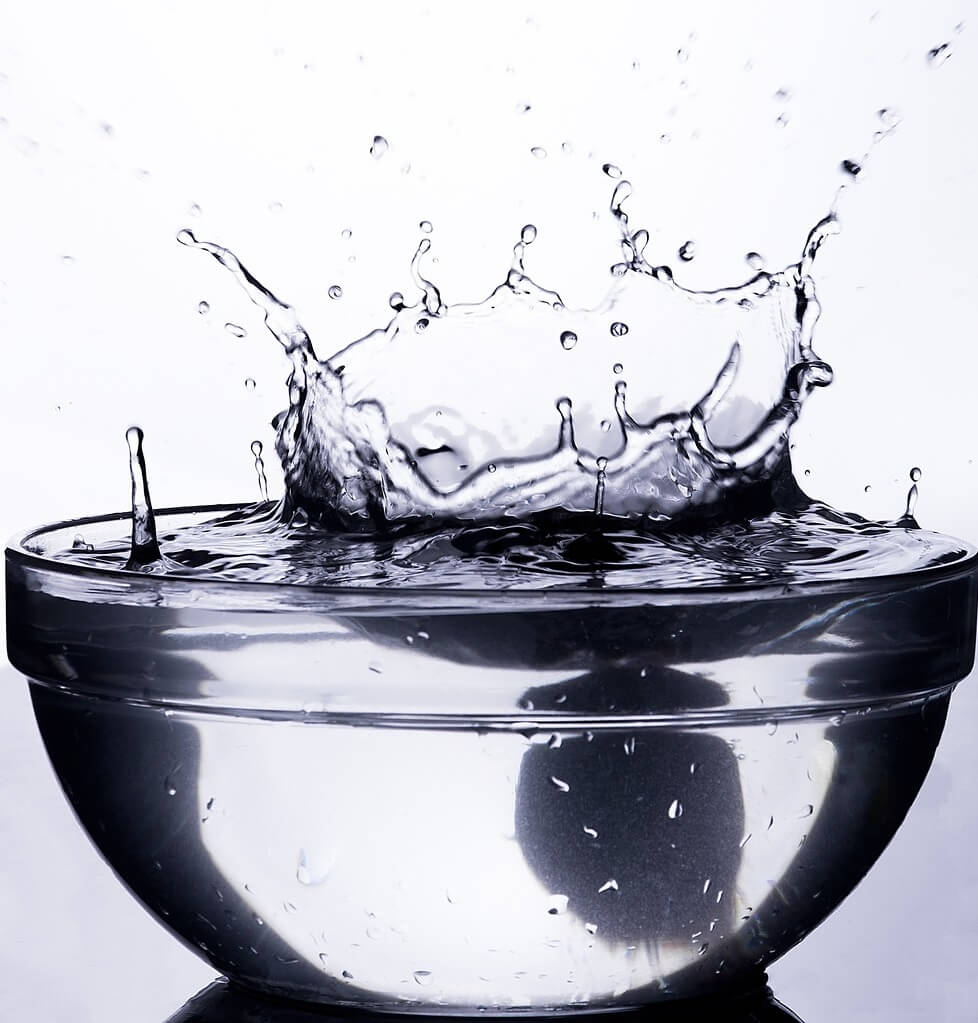 In this way, the hydrogen links between water molecules cannot form – and it is these links that take the melting point up to 0ºC. If the melting point decreases, which it in fact does to nearly -21ºC, then less energy is required to melt the ice. And so the ice turns back into water.

Something similar happens with the brine (the third bowl), only more quickly, as we start with Na+ and Cl– already dissolved in water. And that’s why we sometimes see tankers spraying the roads with a liquid that melts the ice. The liquid is brine, usually at a concentration of at least 5% NaCl. On an industrial level, the brine resulting from desalinization processes can be used on frozen roads.

The importance of salt and water for the planet

Humans haven’t invented anything new, as this phenomenon has been occurring for billions of years in our blue planet, three quarters of its surface being water. Why doesn’t that water freeze in places which are below 0ºC?

Under the same chemical process as described above, chlorine, sodium and other salts dissolved in sea and ocean water (salt water) considerably reduce the melting point. In the oceans, the amount of salts dissolved in the water is around 3.5%, of which nearly 85.6% is common salt (NaCl), 7.7% sulphates (CaSO4, Na2SO4, BaSO4…) and the rest other salts. 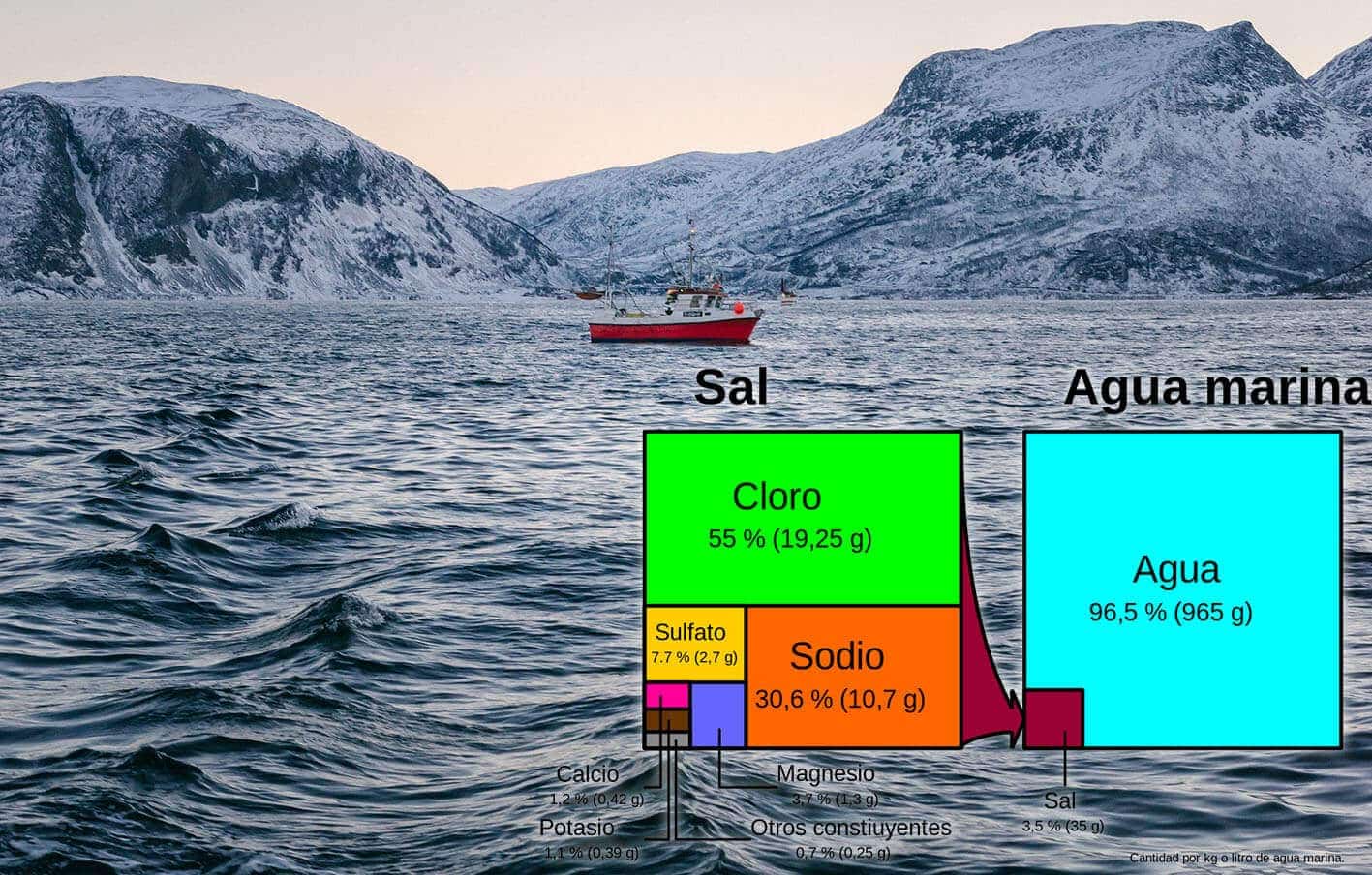 These salts, which for eons have been transported by rivers to the seabed, allow us to have liquid oceans at low temperatures. Without these dissolved salts, the Earth would be an empty frozen ball, so we have quite a lot to be thankful for to them.

Some readers may wonder how it is possible for millions of tonnes of salts from the rivers to end up in the oceans every year, and yet these still remain liquid. This is due to the fact that the crust beneath the ocean floors isn’t static. It is formed in the lips of underwater volcanoes, ocean ridges, and ends up melted eons later because of a process called subduction, carrying the salts with it, again, to the interior of the Earth. That’s why the oceans tend to have a balance between fresh and salty water.

A similar balance must be achieved on the roads when temperatures start to go down, snow falls and sheets of ice are formed. Sheets of ice are dangerous when driving and can leave entire  areas cut off. As part of the transport networks, it’s important to maintain roads in good condition, including when it snows.

The combination of salts, both in solid form and in brine, is crucial for lowering the melting point of ice, thus conserving the mechanical properties of the road, especially tyre grip on the road surface.