Six of the most instagrammable museums in Spain 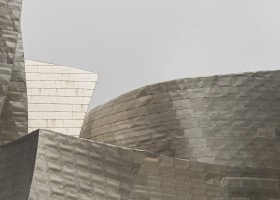 What is the Matadero? The Matadero is a former municipal slaughterhouse located in the Arganzuela...

It’s no easy feat designing and building the shells that house some of the most iconic works of art in the world. But sometimes design ideas and innovative construction methods come together just right, creating buildings as iconic as the works of art they contain.

The Guggenheim in Bilbao, Torre Pacheco in Murcia, and Caixa Forum in Madrid are all famed for their photogenic lines and curves, and instagrammers across the world flock to get a snap of these often mesmerising buildings.

Ferrovial has always had a strong connection with the world of museums, and these cultural centerpieces play an integral role in the history of not just their communities, but the company too. As the world celebrates International Museum Day this May 18th, we’ve put together a list of some of the most instagrammable museums Ferrovial has been involved with.

So, get yourself down to your local museum this May 18th, and if you’re lucky, it might just be one of these.

One of Ferrovial Agroman’s most iconic projects, the Frank Gehry designed Guggenheim Museum is first to mind on many a list of iconic museums.  The foundation was laid on reinforced concrete piles driven into the bedrock at an average depth of 14 metres. Then, a unique metal structure was built on top of the piles and concrete slabs, using steel profiles to configure the skeleton of the core components.

The interior staircase within the Caixa Forum in the Spanish capital is a must see. The gap in the staircase widens gradually as it ascends, which meant rubber moulds were needed during construction. The project transformed a former power plant into the venue that it is now. Outside the building are two ornamental fountains, with one of them sitting beneath a spectacular vertical garden. 15,000 plants fill the 460 square metres including more than 250 species.

Refurbished by Ferrovial in 2001, the museum houses the works of the great Pablo Picasso. The building was painstakingly refurbished by underpinning the walls to strengthen the building. This was achieved using a micropile system that would make perforations of around thirty centimetres in diameter followed by the insertion of a metallic reinforcement in each one of them. They were subsequently filled with mortar.

This project was particularly challenging because the building’s original features needed to be preserved while also fashioning the space into a museum and cultural centre. The original building, dating back to the 19th century, was the former residence of the Marques of Torre Pacheco.

This museum was remodeled, refurbished and expanded by Ferrovial in 2002. After two properties adjacent to the Villahermosa Palace were acquired, the old and new buildings were merged into a single space with the ability to host activities and tours.

Construction for the Málaga car museum and cultural centre was completed in 2007 by Ferrovial and provides a wonderful backdrop to classic cars, fashion and art.