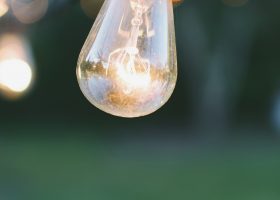 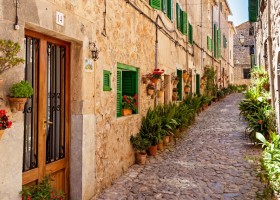 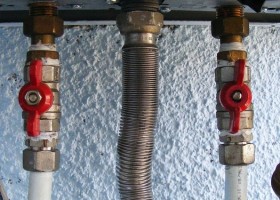 Europe is taking the right steps toward energy saving but it is moving too slowly, given the monumental challenges posed by global warming. How can we and should we accelerate this process? Our planet is at stake.

The idea for this post — apart from the growing interest in this issue as one becomes more aware of its pressing urgency — arose after listening to Juan Luis Cano’s new radio program and watching this video, in which Odile Rodríguez de la Fuente interviews David Pocero, Director of the Ferrovial Services Technical Office , about companies’ efforts to promote energy efficiency.

In 2015, the Paris Agreement concluded that the fight against climate change had long since ceased to be optional and had become a vital necessity. Ten years earlier, in its Green Paper on Energy Efficiency, the European Commission had estimated that the entire European Union could reduce its energy consumption by 20%, and that this could also be cost-effective.

Although Galileo, one of the fathers of science, said that doubt is the mother of invention, it turns out that, in this field, it is not necessary to discover something new that we do not already know. Along with the very necessary environmental benefits, action to enhance energy efficiency and take advantage of the scope for reducing emissions is economically beneficial for those who perform it. At the same time, the energy efficiency market in Europe — which is experiencing double-digit growth — has become a source of local employment. So, how can we accelerate this race against greenhouse gas emissions?

Among the many initiatives, we can identify three factors that clearly contribute to this shared goal. Three measures for saving and, at the same time, providing better lighting while reducing energy consumption.

Europe finally accepts that energy efficiency is a necessary investment.

It is significant that France, Italy and Portugal have recently joined Spain’s initiative for the European Commission to adopt a new methodology for accounting for investments in energy efficiency. As a result, the EU has accepted the importance of investment, by the public and private sectors, to reduce energy waste and eliminate unnecessary obstacles to meeting the EU’s energy and climate objectives, particularly in the area of accounting standards. Until now, the cost of the initial investment had to be booked as a deficit in the national accounts. Following elimination of the impact of the investment on deficit accounting and clarification of the accounting standards, governments can now be expected to more active in pursuing energy performance, a vital goal in itself.

The reference paradigm is the concession model, in which an energy service company (ESCO) invests to modernize its client’s facilities and amortizes the costs on the basis of the savings that it achieves. It has been proven that, under the traditional public tender scheme, some savings are achieved in the early stages but they are diluted over time unless there are incentives for investment in new technologies and for long-term sustained savings. 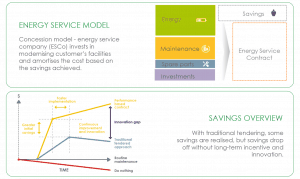 In the case of Ferrovial Services, this vision of a medium- and long-term business model resulted in the development of HEFESTO technology in order to connect all devices in an energy performance contract into a single platform that provides quasi-real time monitoring of energy consumption.

The historic city of Alcalá de Henares, a UNESCO World Heritage Site, is a prime example of this approach and the use of this new technology in both public and private facilities.

A good example in the public sector is the University of Alcalá, where over 50,000 bulbs, both indoors and outdoors, were replaced with LED lamps to provide a longer life and more lighting power while reducing energy consumption. Savings are estimated at almost 40 million kWh over the term of the contract. Another example is the Príncipe de Asturias Hospital, whose contract is designed to achieve incremental energy savings while cutting emissions of pollutant gases by 26% per year.

In the private sector, Telefónica’s Data Center is one of the largest installations of its type in the world. The Center is certified Operational Sustainability Tier IV Gold, the highest level of sustainable operation, by the Uptime Institute; it is the first data center outside North America to achieve this.

Following the agreement at the Paris Climate Summit, it is evident that, in addition to improvements in the energy efficiency indexes (from 27% to 30% by 2030) and the use of renewable energies (27% by 2030), consumers themselves must be play a leading role in the new model.

For example, one of the main barriers to energy efficiency is still the lack of transparency about what we pay for in the fixed component of our electricity bill. Since fixed charges often outweigh the cost of actual energy consumption, efforts to save energy don’t have much impact on the power bill. 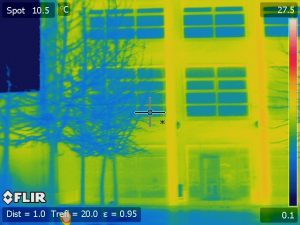 It’s also be a good idea to simplify energy efficiency labeling on domestic appliances to avoid the confusion that reigns at present. The plus signs in the main categories, such as A+++ for refrigerators, will be replaced by a single scale ranging from A (most efficient) down to G (least efficient). This labeling system will enable consumers to make better decisions about the energy consumption of the products they buy.

In short, although it is often said that the cleanest energy is that which is not consumed, the truth is that ‘zero consumption’ is a utopia, so it is essential for all parties — legislators, government, private companies and consumers — to significantly reduce the energy bill through innovation and the production of much more efficient products and services. Our future depends on it.