Does your home have an energy problem? You could be losing a lot of money

Did you know that all homes are throwing away money through heat loss? Does your home have an energy problem? Let’s do some thinking exercises. Imagine your home, on the inside. Now mentally fill it with water, so that water occupies all the spaces, from floor to ceiling, drawers, furniture… water soaks sofas and beds, everything, in all the rooms. Ready?

Ok. Now, do you think the water will just stay there, or will it escape through dozens of tiny cracks? The space under the front door, poor seals around windows, perhaps a pantry in the kitchen, or the opening to the terrace which was never properly sealed… Even the walls will help to slowly drain the water away, as it seeps through.

Energy escapes from your home in a similar manner. But much more quickly.

Why am I losing heat or cold from my home?

In much the same way as the water escapes in the exercise above, heat will escape from your house in winter, and sneak in in summer. Because heat (which is an indication of how quickly particles are moving) tends to be transmitted.

Think of some twenty skaters standing still in the middle of an ice rink, with another skater gliding rapidly towards them. Upon sudden collision with the skaters in the middle, he will transmit part of his speed to them, reducing his own speed. But the skaters he collided with will start moving, with increasing speed, until they come up against something else. It’s rather similar to what happens in the opening of a game of billiards.

Several graphic examples of collisions between particles (showing before, during and after the collision). Source: Revista Ciencias

Molecules behave in the same way as these skaters and the billiard balls, but within the vacuum existing between atoms. The quicker they move, the more heat and energy they will transmit when colliding with other molecules. The slower their speed, the colder they are. By heating a house with a radiator, we transform natural gas or electricity into a movement of particles throughout the house.

The radiator, usually made of metal, transmits energy initially through radiation. In the same way that a red-hot iron makes us feel a tingling on the skin, but at very much lower temperatures (so that we don’t see a mass of molten metal rather than a radiator).

Energy transmission then happens by convection. Both the hot metal and the walls which have warmed up through radiation will transmit the heat to the air next to them, which in turn will transmit it to the next layers of air. Moreover, colder layers of air tend to fall, and hotter layers to rise, resulting in a circular movement. The same happens in a pan full of boiling water and macaroni, making the macaroni move inside

As we heat the air and the walls of the room, part of the heat will filter through the walls by a third method of heat transmission: conduction. This happens when a hot object touches a colder one. The hotter atoms, which have more energy, transmit energy to those which have less (the ones that are colder).

And this is why the temperature in our homes falls quickly when we switch the heating off. Heat escapes even through the walls, not only through the opening under the doors or badly sealed windows. And today, heat loss directly affects our energy bills. The more heat we lose, the more we will have to pay at the end of the month to stay comfortable.

How can we stop this heat drain?

Let’s do another mental exercise. This time with a smaller house. Do you remember the toy we had as children, where we had to fit blocks of different shapes and sizes into a box shaped like a house? At the time it helped us develop our motor and coordination skills, today it will help us see what we need to do to an old house with significant heat loss. In Spain, that’s practically all the housing stock.

The first regulation on thermal insulation in Spain was basic building regulation NBE-CT-79 (79 standing for the year 1979), now repealed as insufficient. Of all the buildings standing today, 56% were built with no requirement whatsoever as to energy efficiency, and 39% of them on the basis of the said regulation. In other words, only a small percentage of buildings conform to an environmentally friendly regulation conducive to saving.

Our buildings have holes in them, leaks, openings through which energy can circulate freely, just like in that toy house. What can we do about it? How can we help the environment, and our own pockets? By refurbishing our homes, and through projects such as PRENDE (Spanish acronym for Platform for the Energy Refurbishment of Eco-efficient Urban Districts).

This project and its high-flying name aims to raise awareness on the importance of refurbishing homes where energy losses pose a direct problem to owners (through their gas or electricity bills) and have an indirect impact on the environment and the health of all living beings on the planet.

How can I refurbish my home?

Let’s go back to the toy we talked about before, the one with different-shaped openings. Though it may not look like it, our homes are also full of holes, some big, some small in size, just differently arranged. And the problem with our homes is that we cannot see where heat is escaping (unless we open a window, obviously).

via GIPHY
Identifying where most of the heat loss occurs will help us choose what part of the house to refurbish first (windows, doors, wall insulation, beams, etc.), so that we can gradually recover the cost of such refurbishment to pay for the next stage. If your available budget is only enough for half of the windows in your house, start by changing those that lose most heat, that are less efficient.

The Spanish consumer association (OCU) stated in 2014 that “the most efficient (and most environmentally friendly) way of reducing your heating bills is by improving the insulation in your house”. And they provided estimates. In Madrid, properly insulating a 90m2 house would result in a 50% saving in heating costs. Check out last winter’s gas bill, and divide it by two. Looks better, doesn’t it?

Energy efficiency as an investment

And this estimate didn’t take into account the savings on air conditioning in summer, so that cost recovery will happen in well under a decade. And from then on, our home will have become a source of income thanks to 50% lower bills.

Several reforms in this respect, on piping, roofs or certain elements that may be open to the outside (especially in rural areas) for keeping food, would represent important annual savings for temperature control. In 2015, households in Spain spent an average of 481 Euros per year on natural gas.

Costs that can be halved with relatively affordable investments, which provide almost guaranteed savings of some 200 Euros per year. All of which does not even take into account the energy efficiency of our white goods, but simply refurbishment of the building itself. 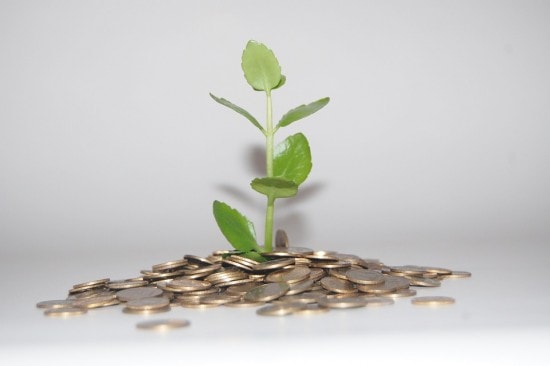 Investment in the environment is recovered in less than 10 years. Source: Pixaby

In other words, energy efficiency is an investment, and can be a source of income (through reduced expenditure) for almost every family in the country.

Some countries are already promoting extensive use of thermoregulation elements and thermal buffers, such as the provision of rooftop gardens when refurbishing a building. A rooftop that is covered with plants will let less energy escape and absorb less energy from the outside, thereby directly impacting the quality of life (and the pockets) of those who live underneath. 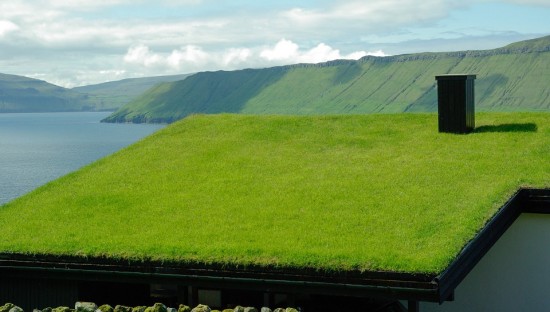 Energy efficiency is an investment. Where are you going to start saving?